Your God Is Too Small: Vatican Observatory Director to offer a cosmic point of view in upcoming webinar 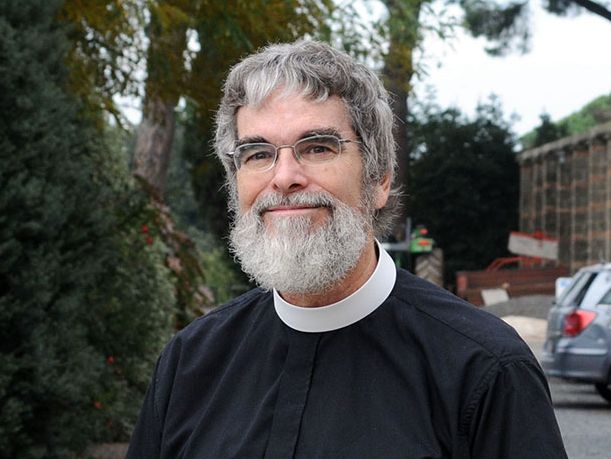 Brother Guy Consolmagno SJ is speaking on the contrast between the world and the cosmos that is becoming blurred as we begin to learn of the vastness of the cosmos in an upcoming Zoom event.

The free webinar, “Your God is Too Small,” will be hosted by the Center for Advanced Study in Religion and Science (CASIRAS) and Lutheran School of Theology at Chicago (LSTC) on Friday, October 1, at 5 p.m. CDT. Those interested in attending can register here. Also the event will be livestreamed on LSTC’s Facebook page.

“We need to understand that all those other planets are real places, part of the same universe created by God and redeemed by the Incarnation,” writes Consolmagno. “And God is Creator not only of other places but other times, before and beyond the time when we exist here on Earth.”

His presentation will dive into the meaning of being redeemed by the risen Christ in light of the immensity of time and space.

Br. Guy received the 2014 Carl Sagan Medal for outstanding communication by an active planetary scientist to the general public from the American Astronomical Society Division for Planetary Sciences. He is the author or co-author of four books exploring faith and science issues, including, Would You Baptize an Extraterrestrial? (with Paul Mueller), God’s Mechanics, Brother Astronomer, and The Way to the Dwelling of Light.

“It is rare to find someone so accomplished in science, theology, and philosophy, who can also communicate complex topics clearly to a general audience. Br. Guy is one of the best story-tellers I’ve ever known,” said Grace Wolf-Chase, senior scientist and senior education and communication specialist at the Planetary Science Institute.

Wolf-Chase is also vice president of the CASIRAS organization that has hosted a number of presentations on various faith/science topics over the past year that may be viewed on LSTC’s YouTube channel.