Writing humanity’s next chapter: Religion and science in the present moment 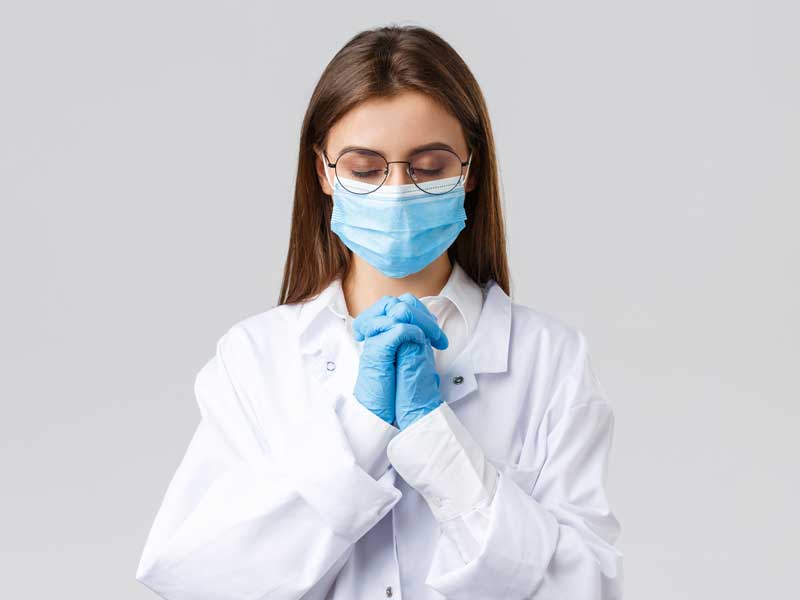 Editor’s note: These remarks were originally delivered in August 2020 as part of a Zoom lecture series sponsored by the Center for Advanced Studies in Religion and Science (CASIRAS).

In these very days, our society has been ripped open by a public health disaster to reveal a multi-faceted crisis– deep-seated racism, political ineptness, economic unfairness, technological breakdown, and social unrest. The Coronavirus set things off, but we were startled to see how deeply and broadly the crisis flows. It is not surprising that at this moment there are calls for reform and for new ideas.

We’re at a moment when many people are looking for something new — new ways of living, restructuring police work, reshaping race relations, changing the way our society works. TV is full of such talk, a flood of books and articles focus on change and newness.

This moment forms the context in which we are called to write humanity’s next chapter.

New Yorkers are talking about reducing the number of cars in the city; Germans are considering new ways of producing goods and shaping the supply chain; Zoom is changing how we communicate and how we arrange conferences, including this CASIRAS meeting; new ways of how we educate young people and how we practice medicine are getting a lot of attention.

I listened over the summer to two IRAS Zoom lectures that addressed the collapse of MTI — modern techno-industrial civilization. Collapse due to environmental breakdown, and also from “civilizational decadence,” — the term by which Ross Douthat describes our current situation.

In the midst of all this, we talk about a “new normal.” Barack Obama, calls this a moment of opportunity to transform ourselves.

But we also see people demanding a return to the “old” normal. While enormous numbers of marchers have filled the streets of our cities, demanding transformation of our attitudes and behaviors towards African Americans and other people of color, smaller crowds, equally passionate, some bearing arms and making death threats, are demanding that the “old” normal be reinstated. Clearly, we are not united as a people in wanting transformation, and even among the transformers there is not a consensus.

From analysis to imagination

We are getting a great deal of analysis of the crisis, and we need even more. My point in these comments, however, is that analysis must lead to imagination; and religion and science face this challenge, as well. Since our crisis is extraordinary, we need extraordinary imagination.

What do I mean by imagination? In Steven Spielberg’s movie, “A.I.,” when the human species has gone extinct, a robot successor to humans reflects on why humans were so special. The robot says, “Humans could imagine things that do not exist and work to bring them into actuality.” Imagination is the human capability for grasping the future.” We are able to imagine the future. We can imagine things that do not exist, and we can work to make them actual and thereby we can make our world different.

In these days of protest, we recount the stories of African American men and women who struggled for racial justice. Never in their own lifetimes did they experience equality, nor did they live to see the success of their efforts. They gave their lives for an ideal that was never actual for them. They gave their lives for a possibility. This is a classic case of imagination at work.

Imagination is at the core of America. The Declaration of Independence asserts that all people are created equal. This principle of equality is a powerful engine of motivation and action — and yet in our entire history, it has never been actualized; the founding fathers did not observe it, even though they wrote it into our basic documents. American history and public discussion would be totally different if we did not hold to the possibility of equality and hold it to be normative — even though it has never been empirically actual.

Imagination, the common good, and religion and science

Imagination works on the basis of a great “as if.” It presses on toward possibility, often in the face of actuality that flatly contradicts it, “as if” the possible can overcome that contradiction.

In the present multi-layered crisis in which we find ourselves, people are crying out for new possibilities — in the streets, in the hospitals and labs, in the homes of our land. These are cries for imagination. It is in this context that I view CASIRAS and the decades of efforts we have made to yoke religion and science together for the benefit of the human community. We have insisted that religion and science can work for the common good. Our present situation reveals to us outlines of that common good.

It is clear today that religion and science exist at the core of the common good and that they are inextricably interrelated. They are not alone at the core. The present moment makes that clear, as well: the history of the planet, the relations between the human races, technology, economics, and social organization are all interwoven, with each other and with religion and science.

Also at the core of the common good are the arts. Their centrality is frequently overlooked — at our peril. Since imagination proceeds through the images our mind provides, and since images are basic to the arts, we must include them much more in our thinking.

I said that imagination is our capability for grasping the future. The new possibilities we will be exploring emerge on the terrain of the future. Ordinarily science and technology engage the future by extrapolating on the basis of the past and present. Extrapolation is necessary, but extrapolation is calculation, not imagination. Extrapolation tells us how much greenhouse gases we will produce at the present rate of production, and it tells us about the consequences. Imagination, however, tells us which alternative energies are superior and how to employ them.

Art is central to imagination. It cannot replace science or religion, but it can prepare the soil for doing science and practicing religion in better, more adequate ways.

The way artists employ imagination is captured for me in a painting that hangs in my living room. It’s titled, “Cosmic Mestiza,” by Lynn Randolph.

Mestizaje refers to the biological and cultural intermixing of Spanish, Indian, and African — originally in Mexico, but throughout Latin America and now predominantly in Texas, but widespread in the United States. Some Chicano theologians speak of the mestizos in the Southwest as a “new human race.”

“Mestiza” is a woman of this intermixing, so by naming her painting “Cosmic Mestiza,” the artist is placing “intermixing” as the core of her vision of the future — and the intermixing is cosmic in scope. The fact that she portrays the cosmic figure as a woman is a novel vision. The mestiza is a woman of color. Her red sash indicates that she is a mother and recalls the Virgin of Guadalupe, patron saint of the poor. In legend, Mary stomped on the serpent, but here she plays with a serpent in her right hand whose skin portrays the DNA molecule. In her left hand, she holds the Hubble telescope — she is at home in the world of science and technology. The four hands recall the Aztec goddess of creation, Coatlicue.

The background against which the Mestiza stands is cosmic — the Milky Way. Her feet are firmly set on planet earth, astride the Rio Grande river, one foot in Mexico, the other in Texas.

The symbolism of intermixing is so dense and multi-leveled as to defy description — ancient and modern, legend and contemporary science and technology, embodied in racial, socio-cultural, and national mestizaje.

Mestizaje as metaphor and reality

Lynn Randolph describes her work as “hypertexts,” “metaphors for a provisional reality.” This hypertext of the imagination is calls urgently for intense mestizaje. CASIRAS and IRAS were established in the name of intermixing what others wanted to keep separate. Imaginative intermixing is needed more than ever in this moment. It is our reality, whether we like it or not. We are all called to embark on the journey of” imagination.

The multilayered character of our crisis reveals to us that our response must be equally multilayered. Mestizaje speaks to this — the mixing together of several dimensions. Our crisis demands a response that deals with the dimensions of disease, economic and racial inequality, social disorganization, cultural pathology. Our science and our religion must be part of the solution, impacting each of these facets of our common life.

Current events make it clear that our science and our religion must go beyond all of these cooptations. The cosmic Mestiza incorporates all the dimensions: she is woman, she is biologically and culturally mestiza, her ethnicity transcends nationality, while she emerges from an economically and racially marginalized origin. She has taken the measure of science and technology, she is traditional — and all of this crossing boundaries on planet earth, standing against the background of the cosmos.

So, too, our science and our religion must relate to the common good, not as an add-on or secondary goal, but as integral to their nature. To the extent that science is coopted by racism or economic bias, it is not good science. Religion touched by racial or economic bias is bad religion. Considering the huge investment our religion and science have made in the existing order, we face a monumental challenge.

The Cosmic Mestiza does not tell us how to do science or practice religion, but she portrays the world in which they exist and thereby establishes a vision. This is the power of art. The artist invites us to imagine a new world, a new way of organizing our science, a new way of being religious. She prepares us for writing humanity’s next chapter and for revisioning science and religion.