Evolution and mystery: Confessions of a Darwinian skeptic 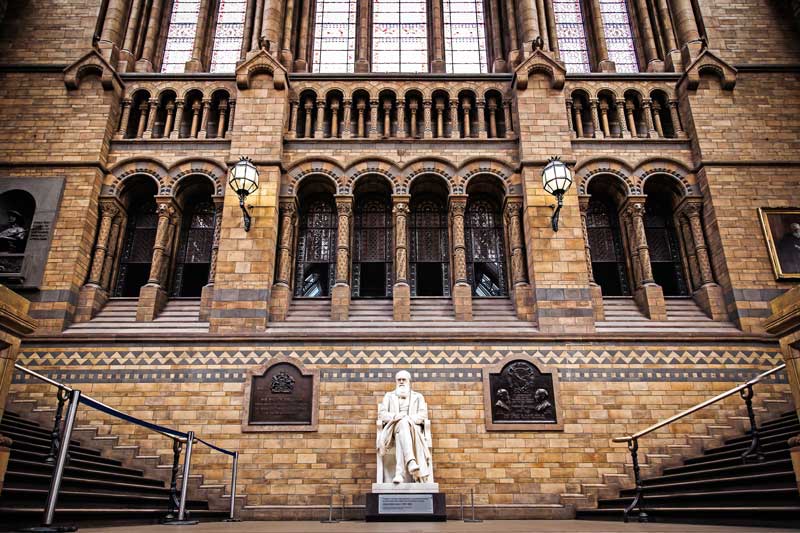 Robert ShedingerRobert Frederick Shedinger is an assistant and associate professor of religion at Luther College (Iowa), where he was the Chair of the Department of Religion.
Share
Tweet
Share
Pin

It is common in mainline Christian circles these days to view religious faith and biological evolution as entirely compatible.

Many believe that rejection of evolutionary theory is restricted to fundamentalist Christians who read the Bible literally and view modern science as the work of Satan. But this is nothing more than a stereotype; evolutionary skepticism is a growing and respected intellectual movement populated by many people lacking fundamentalist Christian views. I should know; I am one of them.

For fifty-three of my sixty years on this planet, I accepted the truth of modern evolutionary theory without question and saw no incompatibility between it and my own admittedly liberal Christian faith. But in 2013, a senior colleague at Luther College who had taught a science and religion course for many years retired and knowing of my undergraduate degree in science and engineering, he asked me to continue teaching this course. I did so gladly, anxious to help my students see that evolutionary theory need not be an impediment to their religious faith. But then I did something very dangerous – I read!

To help students understand the conflict between religious creationists and advocates of evolution, I knew I needed to fully understand it myself. So, I decided to read books by advocates of intelligent design, expecting to find such books of little scientific merit and filled with tendentious religious arguments “proving” a divinely ordained six-day creation. I was thus greatly surprised to find these books to be scientifically substantive, highly technical, and completely lacking in religious argumentation. Their criticisms of Darwinian evolution seemed scientifically justified, and my interest was piqued.

Wanting to know more, I used a sabbatical break from teaching to immerse myself in the literature of evolutionary theory. Beginning, of course, with Darwin’s Origin of Species, I read through many of the seminal books and monographs documenting the history of evolutionary theory, only to come to the unexpected conclusion that no one knows, one hundred and sixty years after Darwin, how the evolutionary process actually works.

That organisms evolved over enormous spans of time I have little doubt. But the Darwinian mechanism driving this evolution — natural selection acting on randomly produced variation in populations of organisms — I no longer accept. I do not think the evolutionary process can be understood without appeal to some kind of intelligent agency. My Darwinian skepticism is now detailed in my book The Mystery of Evolutionary Mechanisms: Darwinian Biology’s Grand Narrative of Triumph and the Subversion of Religion (Cascade, 2019) for those interested in my reasons.

Orthodoxy and heresy, of course, are terms originating in early Christian doctrinal debates about the nature of Christ. They functioned as boundary lines, marking off different communities from one another as those communities developed different ideas about the nature of Christ. In no case are the terms orthodoxy and heresy synonyms for true and false; they refer to what a particular community deems to be true or false for them. Martin Luther’s ideas, for example, were heretical to the Catholic Church, but became orthodox for Lutherans. I believe the term “Darwinian orthodoxy” functions in much the same way, as an identity marker denoting who is an acceptable member of the scientific community and who isn’t.

The key idea expressed by Darwinian natural selection is its undirected nature. That is, the evolutionary process has no overarching goal or cosmic purpose. What evolves is just what evolves, and no organism — humans included — can lay claim to any kind of special status. Stephen Jay Gould has even argued that if the evolutionary tape could be rewound and played again, nothing like humans would likely evolve. By emphasizing the undirected and contingent nature of the evolutionary process, natural selection acts to secure the foundations of biology as a purely naturalistic science. Any understanding of evolution that even entertains the notion of directedness or intelligence begins to look more like religion than science, and so these ideas are rejected in the interest of maintaining Darwinian orthodoxy. But defending biology’s status as a naturalistic science is irrelevant to the question of the origin of species. And there is increasingly good evidence to question the idea of a purely undirected evolution.

From the Nobel Prize winning geneticist Barbara McClintock in the 1950s to the work of biologist James Shapiro recently retired from the University of Chicago, evidence is mounting that cells possess some level of cognitive ability allowing them to monitor their environments, detect potential danger, and alter their genomes in intentional ways to respond to environmental challenge. It is not clear how they do this, but it does speak to the possibility of some sort of mind at work in the evolutionary process. If this proves to be true, Darwinian evolution will quickly go the way of the dinosaur.

To be sure, undirected Darwinian evolution still holds sway within the academic establishment, but count me skeptical. The world is a far more mysterious place than we know. And that is a good thing too, for who doesn’t love a good mystery!