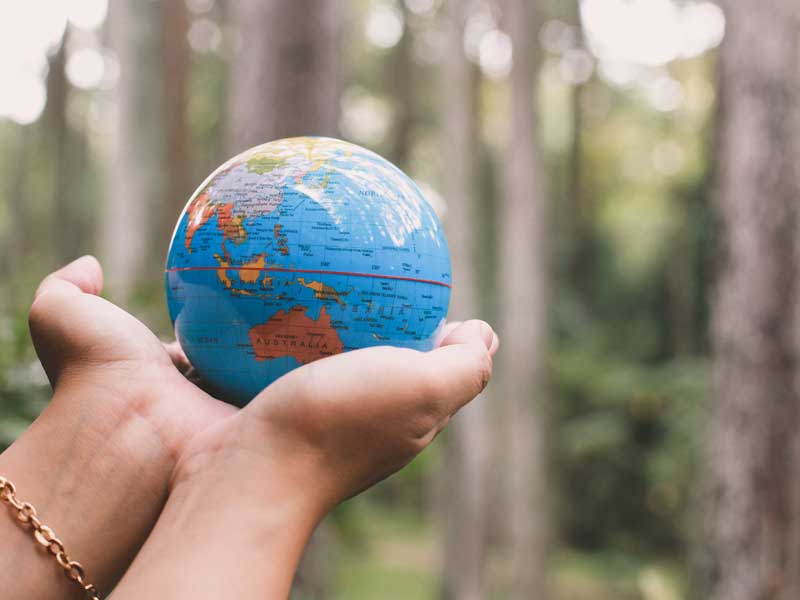 I’m writing this on April 22 which, as everyone — or at least a lot of people — knows as Earth Day.  It occurred to me that probably many members of the ELCA don’t know that their church has also designated the Second Sunday after Pentecost, the one following Trinity Sunday, as “Stewardship of Creation Sunday.”

That’s in the Social Statement Caring for Creation: Vision, Hope, and Justice, which was approved by the ELCA’s Churchwide Assembly in 1993.1https://download.elca.org/ELCA%20Resource%20Repository/EnvironmentSS.pdf.  Here’s the part I’m referring to.

Congregations have various opportunities during the year to focus on creation. Among these are Thanksgiving, harvest festivals, and blessings of fields, waters, and plants and animals. Many congregations observe Earth Day or Soil and Water Stewardship Week. As a church body, we designate the Second Sunday after Pentecost as Stewardship of Creation Sunday, with appropriate readings (as a development of the traditional Rogationtide).

This is of particular interest to me because I served on the task force that developed the statement and suggested that the observance of that particular Sunday (about which I had written earlier2George L. Murphy, ”Celebrating Our Stewardship of Creation,” Lutheran Partners 5.6, 1989, 17.) be included.

Well, that proposal never got a great deal of traction — although several ELCA synod assemblies passed resolutions promoting it — and you may wonder what the point is of bringing it up again.  We have Earth Day, and sometimes a Sunday close to that is observed as “Earth Sunday.”  Isn’t that enough?  And anyway, what we need is environmental action, not just environmental talk.

I certainly don’t object to Earth Day or the other observances mentioned in the social statement. (Note that it doesn’t say anything about replacing those other things.)  But there is some value in the church emphasizing the importance of caring for God’s creation at a time when its members are actually going to hear that message — that is, when they’re in church!

The idea of such an emphasis by the church can be traced back to the 5th century A.D. and developed into observances of Rogationtide, the three days between the 6th Sunday after Easter (Rogate Sunday) and Ascension Day.  In agricultural communities there would be church services and processions with blessings of fields and prayers for harvest, and that’s still done in some places. Propers for those days can be found in the Book of Common Prayer.3The Book of Common Prayer (The Church Hymnal Corporation, 1979), pp.258-259 and 930.

Trinity Sunday calls attention to God as the creator of all things, and it would seem to make sense to point to the human calling to care for creation on the following Sunday. It’s also convenient that the liturgical color for that Sunday is green. The references that I’ve already given suggest a number of appropriate scripture readings for this observance. Worship can be accompanied by suitable activities for children and adults such as planting flowers around the church or helping to clean up the neighborhood, the sorts of things that are sometimes done for Earth Day. (It won’t hurt, after all, to devote time on more than one day to such work.)

I know that some people will object to the whole idea of humans being stewards of creation. Who are we to be proclaiming ourselves “stewards” of the world?  We’re just one of millions of species on the earth, and are the one species responsible for tremendous damage to the environment! We ought to be repenting of our acts of ecocide instead of claiming to be environmental caregivers!

There’s a lot of truth to those accusations, but they miss a crucial point. We are the only species on earth able to understand threats to the environment, to plan and exercise long term care for it, and to do anything to avert ecological disasters. The fact that we’ve done a lousy job, especially in recent centuries, of being stewards — of caring for creation — doesn’t change that.  Dolphins and tuna aren’t going to mount a “Save the Whales” campaign.  Polar bears are threatened with extinction by the melting of sea ice, but they can’t do anything to affect global warming.

And our species has been called by our creator to “have dominion” (Genesis 1:26) over the earthly creation. That isn’t to be an exploitative slash and burn kind of dominion, as people have too often thought. We are to exercise dominion as representatives of the Lord, the dominus, who “came not to be served but to serve, and to give his life a ransom for many” (Mark 10:45).