Why have the ETI not arrived? 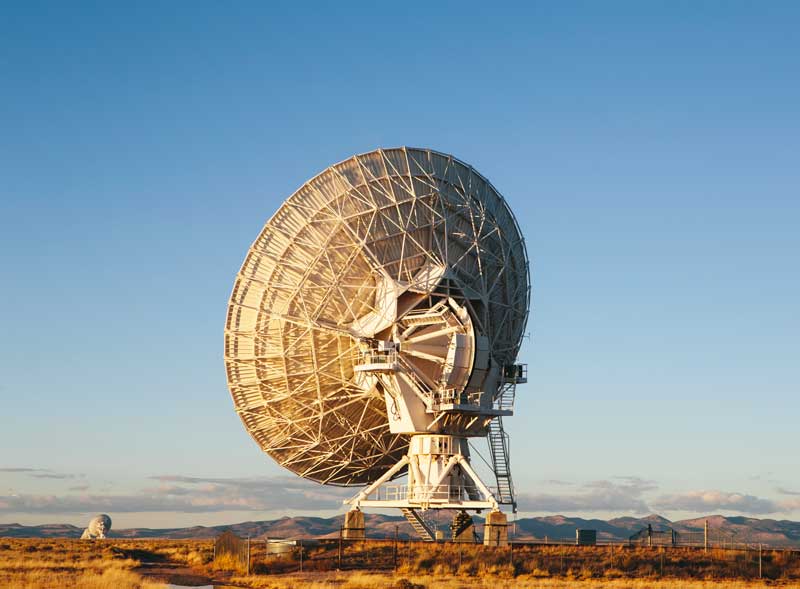 Arnold RotsArnold Rots is a Ruling Elder and retired (though still active) astrophysicist, living in Waltham, MA. He has worked at observatories in the Netherlands, Virginia, West Virginia, New Mexico, India, Maryland, and, finally, the Smithsonian Astrophysical Observatory in Cambridge, MA. He has a keen interest in theology and organs, and enjoys playing the cello in the local orchestra and doing (sprint) triathlons. He has in recent decades served Church of the Covenant, Presbytery of Boston, and Synod of the Northeast. He is a Legacy Fellow of the American Astronomical Society and a member of, among many others, the Fellowship of Reconciliation and Astronomers for Planet Earth.
Share
Tweet
Share
Pin

Editor’s note: This article originally appeared in the August 2021 edition of the PASTCF newsletter SciTech and is used here with permission.

A Presbyterian Association on Science, Technology and the Christian Faith (PASTCF) member asked me recently about extra-terrestrial intelligence (ETI) and why ETI beings have not contacted us yet. Let’s check the sequence of questions that would lead us to an answer or at least to how we think about the question.

What are the requirements for life “as we know it” elsewhere in the universe? First, there needs to be a star that has a hydrogen-burning lifetime of at least, let’s say, six billion years. Second, the star needs to have started its life several billion years after the Big Bang. Four of five billion years ago would do. The first requirement pints to a star not much bigger than the Sun because really big stars burn to quickly to give life a chance. The second requirement simply says that the star cannot have been born in the early universe, since that would just have provided hydrogen and helium. We need the heavier elements produced and contributed to from the interstellar material from which new stars are made, the early big stars having completed their lifecycle. But the birth of our star must not be so recent that potential life is in too early a stage. Finally our star needs a rocky planet – Jupiter-class planets are too gaseous – and our planet must be in the “habitable zone” — neither too warm nor too cold.

So where do we stand so far? We know that there are plenty of qualifying stars. Check off that requirement. The existence of exoplanets was first raised by Giordano Bruno (1548-1600) in 1584 and their existence was finally confirmed in 1995. So, exoplanets? Yes, check. What about rocky planets? That can also be checked off but it took a little longer. In the habitable zone? Yes, but that hardly requires confirmation if we have come this far. So by implication, considering the way life evolved on Earth, it is likely that life also occurs in many other planetary systems.

Would there be any catches or roadblocks, though, when it comes to intelligent life? That is where it gets tricky. In the long chain from single-cellular life to humans, there were many bottlenecks and forks. There were long times when nothing much happened n terms of watershed events leading to significant new evolutionary developments. And there were important external events — the impact of its by other bodies in the solar system, the change in the composition of the Earth’s atmosphere, continental drift, and volcanic activity.

What would have happened if dinosaurs would have been allowed to continue as the dominant life form on land? Would that have permanently prevented the emergence of mammals? Or might it have led to an intelligent dinosaur species? It is extremely hard to say how these or similar issues might affect the universal prevalence of ET.

There is one other issue. In the 45 million centuries of Earth’s existence so far, there has been less than one century that intelligent life here had the ability to communicate with ETI elsewhere in the universe, much less visit them. Sure the Sun still has six billion years to go, so that fraction may well change significantly in the future. But we also have the ability to destroy the planet and that raises the question of how long highly intelligent societies survive, on average.

For that matter, it may not be self-destruction. Evolution continues and does not stop after the emergence of Homo sapiens. Pandemics occur, as are painfully aware. Or other species may develop that eventually attain dominance. We are talking here about timescales orders of magnitudes larger than written human history. Thus, given the uncertain time window for communication and the fact that it will be excruciatingly slow – centuries roundtrip, not even mentioning visits — contact with ETI becomes extremely uncertain.

Finally, there is the question whether any ETI civilizations would be interested in establishing contact. There are serious discussions about this among humans, too. Some, including the late Stephen Hawking, say we shouldn’t try it ourselves, considering the way we treat each other. So the bottom line is this: there are too many unknown unknowns to say anything with a reasonable degree of certainty about contact of any sort between, to, or from ETI. Of course, you are free to disagree.

Note that at the start I wrote “life as we know it.” Are other life forms or maybe more accurately, other forms of intelligence possible, forms we cannot yet conceive of? I would say, probably. We understand pretty much, at least qualitatively, how the process of development of terrestrial life works. The big unknown is how certain life forms acquired consciousness. We understand that chemical processes associated with DNA and environment lead to building cells and multicellular organisms, but how do they achieve consciousness, even self-consciousness? Or is consciousness somehow received? The flipside of this mystery is that we also cannot say for sure that there may not be other forms of life or organisms that may also attain consciousness.

A related subject is astrotheology. There are serious theologians such as Lutheran minister and emeritus professor Ted Peters, who ponder how we should approach integrating ETI, if and when we become aware of a specific species, into our theology. Some of these reflections seem to center around what it would mean for the doctrine of substitutionary atonement. Would each ETI civilization have its own incarnation or is Christ’s incarnation for the entire universe?

I must say that I find these types of speculation exceedingly strange and irrelevant. I have trouble taking them seriously.

Another Lutheran theologian Paul Tillich tempered the discussion a bit.

Incarnation is unique for the special group in which it happens, but it Is not unique in the sense that other singular incarnations for other unique worlds are excluded. Man cannot claim to occupy the only possible place for incarnation.

Let’s be clear, we live in a multi-religious world and, indeed, in a multi-religious society. If we have learned anything, it should be that the Christian religious culture does not have the monopoly on “truth.” As religion is humanity’s way of making sense of life and finding its true meaning, it means that religion is intractably linked to one’s cultural identity.

As the late Dutch theologian Harry Kuitert used to say, “All speaking about up-there originates down-her.”

We have learned that mission is not about preaching our form of religion to people in other cultures, since it would cut them off from their culture and leaving them rudderless. I think it would be the ultimate insult, having learned this lesson, to try to make ETI the target of the old conversion-centric form of mission. That would be geo-centrism at its worst.Arnold Rots is a Ruling Elder and retired (though still active) astrophysicist, living in Waltham, MA. He has worked at observatories in the Netherlands, Virginia, West Virginia, New Mexico, India, Maryland, and, finally, the Smithsonian Astrophysical Observatory in Cambridge, MA. He has a keen interest in theology and organs, and enjoys playing the cello in the local orchestra and doing (sprint) triathlons. He has in recent decades served Church of the Covenant, Presbytery of Boston, and Synod of the Northeast. He is a Legacy Fellow of the American Astronomical Society and a member of, among many others, the Fellowship of Reconciliation and Astronomers for Planet Earth.