What does the public perception of religion/science conflict tell us about vaccine uptake? 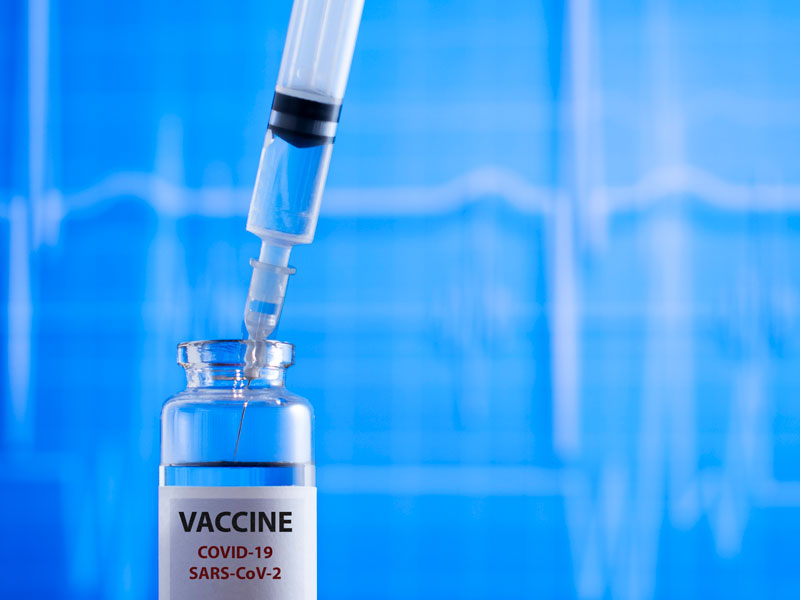 Chances are if you are reading this article, you are already a believer. A believer in that science and faith are not at odds with one another.

It also means, according to the often-quoted survey from Pew Research, that you disagree with the majority of the public (59%) that say there is conflict between faith and science. This survey has been done on an annual basis for decades now, and while the figure has shifted very little from last year 59% vs. 55% in previous years, there is a bit more to think about now in 2021.

Should the Pew Researchers go out today, there seem to additional layers of political affiliation and religious belief that may hold more sway than in years past. But is religion really what is at the heart of some Americans refusing to get vaccinated or is it just a generally accepted excuse.

According to new studies recently published by West Virginia University, Christian nationalists are less likely to get the COVID-19 vaccine.

The sociologists concluded though that Christian nationalism — or the belief that Christianity should permeate American civic life – is one of the strongest predictors of COVID-19 vaccine hesitancy.

According to these newly released survey figures, attendees to historically Black churches (82%) are more likely to have been vaccinated than their evangelical protestant counterparts (59%).

For Americans overall, church attendance is not associated with a significantly higher or lower chance of having received a COVID-19 vaccine, according to WVU. Researchers said that similar shares of U.S. adults who routinely attend religious services (72%) and those who do not attend regularly (74%) saying they received at least one shot.

In addition, of U.S. adults who regularly attend religious services, 39% have been encouraged by clergy at their houses of worship to get the vaccine, while most (54%) say their clergy have not said much about the vaccines either way.

Among Catholics and evangelical Protestants, regular attenders are more likely than those who attend less to align with the Republican Party — and according to a separate piece of new Pew Research Republicans are less likely than Democrats to be vaccinated.

But Pew found that while vaccine hesitancy among Black Americans was high early on in the pandemic, the gap has closed and much of that had to do with clergy supporting vaccine uptake.

The West Virginia University researchers’ full report was published in the journal Vaccine dove into detail what they saw as religious beliefs having an impact on the trust in the science behind the vaccine.

“It’s the belief that Americans are chosen by God and that God protects them,” Katie Corcoran, associate professor of sociology at West Virginia University and lead author of the report, said in a press statement. She added that those subscribing to these beliefs are more focused on individual freedoms than public health protections.

While they are likely the minority, we all have seen news reports showing a very vocal minority. According to the professors, Christian nationalists account for roughly 20% of the U.S. population currently. The interesting overlap would be to find out how many of the 20% of Christian nationalists are also accounted for in Pew’s 2015 figure of 30% who said then that their personal beliefs conflicted with science.

The survey figures perhaps are not surprising, even to the researchers themselves, but for others who do not see faith as an obstacle to the findings of science it is a reminder that there is a public perception that many see their faith in contradiction with modern science.

Pew in 2015 began their study at that thorny issue of the role of church in society. Many Americans of course are still heavily divided on this issue.

Specifically on the role of churches in scientific debate — 50% said in 2014 that the church should express views on science, while 46% said churches should not have a view, while the remaining 4% is unsure. But these statistics are from 2014, so it is worth pondering whether these findings would be the same today.

In yet another study, the West Virginia University researchers looked at COVID-19 skepticism in relation to other forms of science skepticism. They discovered that some of the predictors of COVID-19 skepticism mirrored those of skepticism toward other scientific issues such as evolution, climate change, vaccines in general and genetically modified organisms, especially among political conservatives.

Those findings were published in Socius: Sociological Research for a Dynamic World. They concluded that COVID-19 beliefs are a pretty consistent predictor of science skepticism generally.

But not drilling down to political party affiliation as Pew did, the West Virginia University team also found younger individuals were more skeptical of science. And of course, those with more college education were less skeptical of scientific issues.

Some may argue that the outcomes of these surveys reveal the divides we already suspect to be true between political parties, race, age or level of education. Still the research reveals potential shifts in the perceived conflict between religion and science.

The surveys also reveal the walls we have placed between ourselves despite the shared concern over public health, the environment and ethics.

Perhaps the 30% who saw their personal beliefs conflicting with science in 2015 account for the majority of COVID vaccine skeptics.

Yet it is moments such as we find ourselves in today that tell us the most about how far we have yet to go in harnessing more unity between faith and science to tackle the broader issues at play in society at large. Still to place the blame solely on religion is missing the point of the political drama at play that similarly played out in years past as school boards sought to prevent the teaching of evolution in public schools.

Perhaps the scientists already know that religion on the face of it isn’t to blame.

One final set of numbers is worth mentioning. As of November 6, nearly 750,000 people have died due to COVID-19 in the U.S., while we have now reached 78.5% of the population with at least one-round of vaccination complete.