Vaccines and vaccination: A matter of ethics and science, medicine and faith 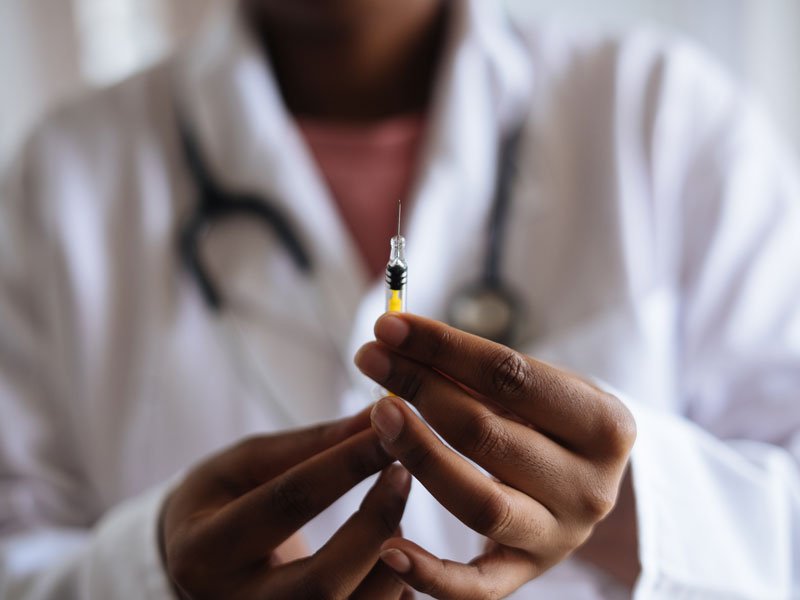 Photo by Retha Ferguson via Pexels

Ethics is an ancient yet a very current topic in a number of areas.

Virtually every culture and religion has a moral code, often written down as in the Bible for Christians. For medicine, codes began with the Hippocratic Oath and discussions have continued. For scientists and technologists, ethics and codes of conduct appeared later and were not written down and discussed until more recent times.

Bioethics has become a hot topic and constitutes the Appendix of Francis Collins’ 2006 book, The Language of God. Discussion of the interaction of faith and science, especially medical science and practice, is almost ubiquitous and can be the subject of future articles.

The specific topics of bioethics discussed here are vaccines and vaccination. For now, waiting in the midst of COVID-19 regulations, often in isolation, for an effective treatment or vaccine, I’ll limit the discussion to the ethics of the preparation of vaccines and their use in vaccinations. Most if not all States have regulations regarding the necessity for children to be enrolled in public schools to have been administered a suite of medically recommended vaccinations. The rationale is to achieve “herd immunity,” typically a minimum of about 95%. Most states allow some exemptions to the rules and policies, for medical (esp. those immunocompromised), religious, or “philosophical” reasons, but that number is decreasing and some states are moving toward allowing only medical exemptions, or are already there.

In Maine, where I live, compulsory vaccination for enrollment of students has become a “hot potato.” Maine has one of the lower percentage rates of vaccination in the country for students enrolled in public schools, in the low 90s, and has had disturbing isolated outbreaks of diseases like pertussis and measles. Both diseases are only rarely fatal but the symptoms are very uncomfortable and in the case of measles can lead to subsequent, even life-long immunity issues in general. In response to this dangerous situation, the Maine legislature recently passed a law, effective in Sept. 2021, eliminating all exemptions to compulsory scholastic vaccinations except those for valid medical reasons.

This law had been fiercely debated even before passage, with proponents of both sides of the issue testifying and even publically protesting passage. Vaccinations have a distinguished history in the last century, especially post WWII, and since I was born in 1940, I only had a few of them as a young person. The big payoff was the introduction of polio vaccines, first Salk and then Sabin, which eliminated this dreaded disease, especially for young people, probably even more feared than cancer.

With this background, and as a scientist and concerned parent, I’m an advocate of medically recommended vaccinations for children and adults, and as parents we were able to take advantage of the expanding suite of vaccines available for our children, as they have for their children.

However, there were always rumblings of opposition, in most cases not for valid medical reasons. The explosion of the availability of information via the Internet, much of it invalid, led to an extensive expansion of public awareness of the controversy. No vaccine is perfect, neither in its effectiveness nor in lack of side effects, but risk analysis shows that the risks of not being vaccinated are significantly higher, not only for the individual, but for the public. Several alleged bad properties of vaccines became widely spread, most non-factual, especially the fallacious study that the MMR vaccine (for measles, mumps, and rubella) caused autism. The report was totally discounted and removed from publication but many (too many), especially anti-vaccine activists, continue to preach against vaccines and vaccinations. Cases of autism are increasing but the cause has been found to be largely genetic in origin and the increase is mainly due to revised diagnosis criteria.

Granted the requirements for compulsory vaccination are political but this issue, like so many others, has become partisan as well. For years Maine has had a policy of entering referenda on ballots supported by a sufficient number petition signatures to do so. This led to groups of anti-vaccination supporters getting enough signatures on a petition to place a referendum to repeal the vaccination law on the ballot in early March of this year.

Reasons given for repeal involved distorted and even fallacious information on safety, toxicity, even fatalities of vaccines and expanded to issues of “personal freedom” as well as attacks on “Big Pharma” which are perceived to be responsible for the law for profitability issues. We supporters of the law and policy refuted all of the claims and the referendum question was defeated. The legislature was negotiating with the antis regarding finetuning provisions of the law when ironically, the Legislature and almost everything else was shut down for the COVID-19 crisis.

OK, how does this relate to issues of faith? Ethics are the basis of morals and for Christians, morals are inspired by or even required in the Scriptures.

Throughout the Old Testament, believers are advised to seek justice, care for the ill or disadvantaged, and love their neighbor. This beneficent philosophy is carried on into the New Testament, especially in the teachings of Christ. When asked which is the greatest Commandment, he replies to “love your God… and your neighbor as yourself.” This simple but profound philosophy is elaborated in the Beatitudes and other teachings. He teaches that “Eternal Life” is not life forever, but the life we are to lead here on earth following his example and teachings. With the God-given grace and freedom given to us through Christ, comes responsibility.

This duality also translates into our secular world and is also Constitutional. Adhering to good medical advice and accepting the social responsibility of care for ourselves as well as for others is of the highest moral and ethical standards. Let’s accept these directives in the case of required vaccinations. Of course, similar responsibilities are placed on those who prepare and administer vaccines.

Covalence for March: The old and new story of faith and science
Psychology of divine forgiveness under the microscope
Covalence for June 2022: Looking back and looking ahead
Catholic science and religion programs secure nationwide grant
Of artichokes and onions: Trouble at the foundations: (Part 2 – Relationality and uncertainty)