The use and limits of science in making ethical decisions 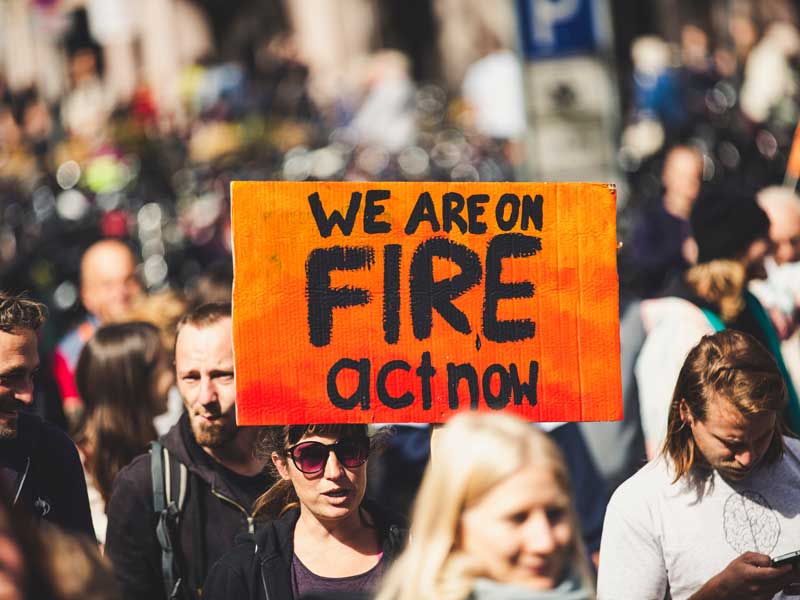 Photo by Markus Spiske via Pexels

Kristi KellerKristi Keller is a student at United Lutheran Seminary and serves in Lutheran Alliance for Faith, Science and Technology. She has a Ph.D. in Physics specializing in simulations of the Earth’s magnetosphere.
Share
Tweet
Share
Pin

Editor’s note: This article originally was published in the January 2020 edition of the Journal of Lutheran Ethics and republished here with permission.

As Christians, we have the ethical responsibility to be good stewards of God’s creation and to advocate for care of creation in public decision making.

In our technological and scientific society, creation care relies on using our best scientific knowledge to aid in this decision-making process. Technological advancements can bring benefits but also have side effects that could cause harm to the environment.

For example, the use of advancements such as clustered regularly interspaced short palindromic repeats (CRISPR) to defeat illness may have unintended consequences. Technological advancements often promote economic activity, and this economic activity promotes the use of the new technology. This has always been the case for human beings as we create new technologies, but over the last one hundred years, certain advances (the use of carbon-based fuels by cars, airplanes, factories for examples) have led to consequences for the climate.

The proper use of science in determining risk assessment

Risk assessment is one way of making decisions about whether or not a new technological advancement is worth the price to the environment, but this often requires having some knowledge of the future consequences in order to assess the risk. Determining future consequences can be difficult when the system is complex. Often, we have to make decisions with incomplete scientific knowledge. In these situations, we can be aided by “the precautionary principle,” which states that we should err on the side of safeguarding the environment for other species when we don’t have full scientific knowledge of the situation.1Timothy O’Riordan and James Cameron, “The History and Contemporary Significance of the Precautionary Principle” in Interpreting the Precautionary Principle, ed. Timothy O’Riordan and James Cameron (New York: Earthscan, 1994) 16-17.

The United Nation’s Environmental Programme issues an annual emissions gap report based on these climate simulations. These reports use computer simulations to bound the emissions needed to limit global mean temperature increase. The reports also discuss mitigation strategies that could allow us to reach these emission limits including government fiscal changes and innovation strategies.2UN Environment, “Emissions Gap Report.” https://www.unenvironment.org/resources/emissions-gap-report-2018 (accessed December 29, 2019). These reports can be used by policy makers to make decisions on economic policy such as carbon taxes and innovation policy to make informed and least costly decisions for the country.

For example, clouds are a challenge in climate simulations and the IPCC states “There is very high confidence that uncertainties in cloud processes explain much of the spread in modelled climate sensitivity.”7Ibid., 743. By explaining the processes that account for variation in results in the climate models, the IPCC can build trust with the public that simulations are well-grounded in known science and that scientists understand the limits of their simulation results.

In Genesis, God created and is in covenant with not only humans but with all of creation. God said to Noah “As for me, I am establishing my covenant with you and your descendants after you, and with every living creature that is with you” (Gen 9:9-10). Humans were made in God’s image and were placed in dominion of creation (Gen 1:26) to exercise dominion not for human gain but to exercise our dominion as people made in the image of God to model God’s love for the entire community of creation. In the second creation story, “The Lord God took the man and put him in the garden of Eden to till it and keep it” (Gen 2:15). Moltmann states, “In a creation covenant like this, it is a matter of balancing out the different concerns in common responsibility before God.”9Ibid., 143.

The ethical use of science comes with understanding the limits of scientific knowledge and humans viewing themselves as part of God’s creation community with God at the center not humans. Congregations can play a role in advocacy for a creation covenant.

We need to bring to the decision-making process a humility that recognizes that these are difficult decisions that are being made with incomplete knowledge. To do advocacy responsibly, our advocacy has to be based on the best science available at the time and also being humble enough to realize that we will never have complete scientific knowledge to completely manage risk. Decisions will need to made not on certainty but based on probabilities and this calls us to consider the precautionary principle when making decisions. In the absence of complete knowledge, our actions should be based on acting with the least harm to the environment as best as we can determine.

Congregations can aid in this responsibility for making the best decisions by making the effort to learn the science and communicating these results to their members. This can be done using scientists in their congregations to aid in communicating the results from publications such as the IPCC to their members in a slightly more digestible form. In addition, congregations can model the creation covenant by making good environmental decisions in their daily practices. Even if they seem like small gestures, actions speak louder than words. Christians need by both words and deeds act in ways consistent with God’s covenant with creation.