The Templeton Prize: Raising the faith and science profile 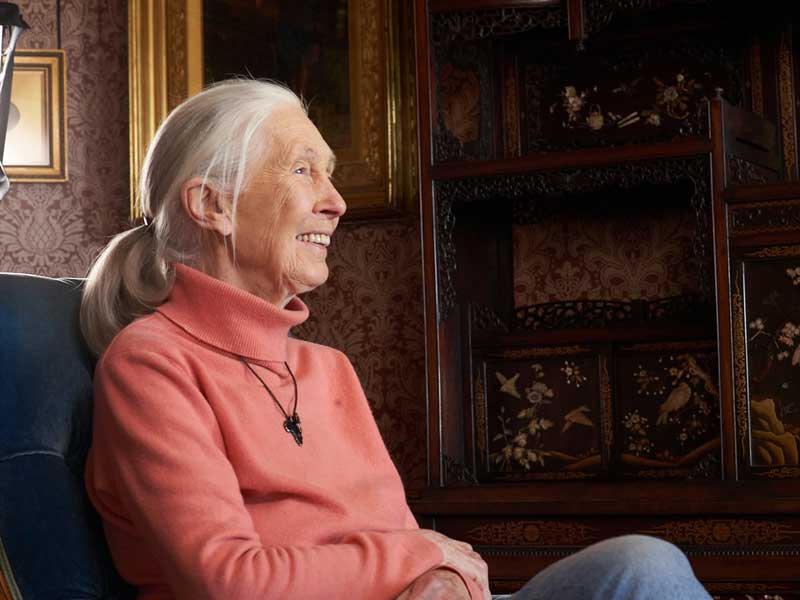 Dr. Jane Goodall wrote in one of her more recent books, “And always I have this feeling — which may not be true at all — that I am being used as a messenger.”

She broadened that role of messenger beyond her talks and hundreds of meetings each year with a podcast and in a National Geographic documentary released last year. This year in receiving the 2021 Templeton Prize, valued at over $1.5 million, she has found yet another platform.

Known for her work with chimpanzees and as a conservationist, she is also recognized by the Templeton Foundation for her efforts to connect humanity to a greater purpose.

“I have learned more about the two sides of human nature and I am convinced that there are more good than bad people,” said Goodall in her acceptance statement for the Templeton Prize. “There are so many tackling seemingly impossible tasks and succeeding. Only when head and heart work in harmony can we attain our true human potential.”

In the 2020 documentary about her work, Goodall described her discovery of her own sense of spirituality in the forests of Tanzania. Raised in Bournemouth, England as a Christian, she has also discussed her own interactions with chimpanzees as reflecting the divine intelligence she believes lies at the heart of nature.

“I can identify closely with the motto that Sir John Templeton chose for his foundation, ‘How little we know, how eager to learn’, and I am eternally thankful that my curiosity and desire to learn is as strong as it was when I was a child,” she added in a statement. “I understand that the deep mysteries of life are forever beyond scientific knowledge and ‘now we see through a glass darkly; then face to face.’”

“We are delighted and honored to award Dr. Jane Goodall this year, as her achievements go beyond the traditional parameters of scientific research to define our perception of what it means to be human,” said Heather Templeton Dill, president of the John Templeton Foundation. “Her discoveries have profoundly altered the world’s view of animal intelligence and enriched our understanding of humanity in a way that is both humbling and exalting.”

Dill added that Goodall’s work exemplifies the kind of humility, spiritual curiosity, and discovery that her grandfather, legendary investor John Templeton wrote and promoted during his life.

The group has sought to raise the profile of those it sees as embodying the interaction between faith and science.

Goodall is the first ethologist or person who studies animal behavior and the fourth woman to receive the price since its inception. A panel of nine judges ranked nominees according to a range of criteria before scores are calculated for a winner. The judges include Cecilia Conrad, Ph.D., CEO of Lever for Change and managing director of the John D. and Catherine T. MacArthur Foundation; Indra Nooyi, former chair and CEO of PepsiCo.; Rev. Dr. Serene Jones of Union Theological Seminary; and Anousheh Ansari, CEO of the XPrize Foundation.

Nominations are handled by an anonymous group from a diverse cross-section of fields, according to the foundation. The group often includes scientists, philosophers, theologians, and representatives of different faith traditions.

In order to be considered, the Templeton Foundation says candidates are those whose body of original scientific research has shed new light on philosophical and theological questions. Scientists may primarily, but not exclusively be from the physical, biological, cognitive and social sciences.

There are 50 previous winners of the prize, including last year’s laureate Francis Collins and the recent deceased 2002 winner — John Polkinghorne. All belong in the “who’s who” in their respective areas of study. A full list follows.