The futuristic church: Are you really that social? 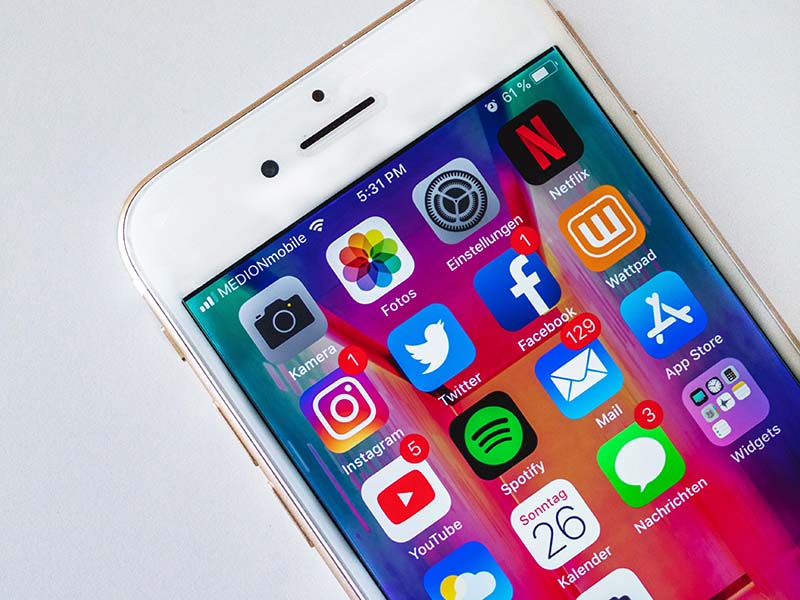 Photo by Sylwia Pietruszka via Unsplash

[Editor’s note: This is part one of a two-part series on technology and the church. In this article we look at how social media is rewriting the rules of communication and community online. Next month we will dive into the implications of artificial intelligence.]

Will the heavenly host come down in a cloud, as suggested figuratively in the Scriptures?  Or, quite literally, are our modern-day saints already uploading their own ideas on heaven into the ‘cloud,’ leaving an everlasting technological footprint of our shared beliefs?

Ready or not, the latter is already occurring as you read this story. Whether it’s the text of a sermon, your photos from Rally Day, an actual recording of last week’s sermon, a Facebook group or simply a ‘web-based’ payment system to collect our offerings – life in the church is intertwined with online technology as never before.

Just like everything else in our daily lives ranging from shopping to education, more and more of our life is tied up with that of the Internet and its connectedness to the goods and services we need. So why should the church be any different?

Dominated by screens both large and small as our world is, it only makes sense that churches, pastors and those in the pews are struggling to make sense of what social media will mean for Sunday mornings. Worship has indeed become the one time of the week when we are able to turn our off smart phones in an attempt to ignore the never-ending flurry of texts and emails.

It’s difficult not to switch back on our screens the minute after we pick up our coffee in the fellowship hall.

Lutheran’s have been thinking a lot about the rise of social media in recent years. The educational ministry of Metro St. Louis Congregations (The Lutheran School of Theology) is even offering workshops this fall on how to best use social media to attract church goers.

Organizers say the workshop sessions will teach attendees how to reach their community online where they tend to spend more than 20% of their time these days. According to the course description, the class will show attendees how to use their online platform to grow their ministry outside the four walls of the church building on Sunday mornings.

The Evangelical Lutheran Church in America’s Facebook page has attracted more than 130,000 followers on Facebook with a page that is a repository of information on various ELCA initiatives, including reports coming from the recent churchwide assembly that was also live streamed for those unable to attend in person.

Several different ELCA Clergy Facebook pages have also gained in popularity in recent years in addition to numerous Twitter handles for synods and local churches. This occurs nationwide and is widening the outreach on a daily basis. Of course, there also are numerous websites managed by independent Lutheran organizations like this one.

A second unofficial Facebook group called ELCA is a closed group and has roughly 15,000 followers. It holds interesting discussions regarding theology and church policy.

Started by Lutheran pastor Clint Schnekloth, who published a book about social media and the church in 2014, the unofficial Facebook page has attracted a diverse community of Lutherans and non-Lutherans and those who may just be curious what it means to be Lutheran.

He is a popular blogger and wisely wrote the page’s original guidelines, which includes a call to express ourselves with “civility, courtesy, and respect for all in the group, especially when we disagree or feel disrespected by them.”

This civility has generally been in place as have respectful disagreements between parties, but recently some questions have surfaced in the group regarding the inclusion of politics and trolling on the site. (Trolling is the act of a person who starts quarrels or upsets people online in order to sow discord.)

Ideally the administrator is able to block such messages or delete them, but it isn’t an easy task to monitor all the comments to seemingly innocuous queries of the community at large.

The Facebook group administrator recently reiterated its rules regarding political advertising. Community members were asked to flag such content and message the administrator.

“Since we are both Children of God and Citizens of the World, those two identities will influence the other,” wrote the page administrators. “Having discussions about such influence and how we live together and in Christ is a worthwhile (if sometimes difficult) conversation to have. So, the next time you see that meme or video, we invite your theological reflection on the political, the partisan, and the policy.”

While some questioned the singling out of political posts, as political issues may be relevant to one’s faith, others seemed upset by anti-Lutheran and anti-Christian posts that have found their way onto the page.

Seemingly this is proof that just like other realms of the internet, social media can be messy even if well-intentioned.

The Church of England this summer published its first ever social media guidelines. Congregants have been asked to sign a ‘digital charter’.

The Archbishops created the guidelines to “encourage conversations that reflect our values,” according to the Church’s website. They extol the joys of the immediacy, interactive and conversational nature of social media that is useful in a public way of enabling Christians to share the good news of Jesus Christ, but they also point to some downsides to it if the same ‘common sense, kindness and sound judgement’ we would use in a face-to-face encounter are not applied.

This is why they are asking for those that engage with the Church of England and Archbishop’s social media accounts to agree to the digital charter, which of course is strictly voluntarily.

Those downsides to using these networks include the sharing of sexually explicit, inflammatory or abusive content via social media accounts.

The guidelines are simple and include rules such as: be safe; be kind; be respectful; take responsibility for what you share; disagree well; and give others credit for content if you share it.

Officials say that the church communications team may take action if they receive complaints or spot inappropriate material posted to national social media accounts. The action they take may include deleting comments, blocking users or reporting comments as appropriate, officials say.

The guidelines were announced by the Archbishop of Canterbury, Justin Welby, on Facebook. He did a live Q&A at Facebook’s UK headquarters in July.

While the guidelines themselves are written for those engaging with the Church of England’s and Archbishops’ national social media channels, they are also meant to be a resource for other Christians and people of other faith or those who are atheists, officials add.

Theologians too have given thought about the rise of social media and how it enhances one’s faith community.

Deanna Thompson may have been a sceptic when her brother set up a website called CaringBridge, an online social network set up to connect those who have serious issues with those who care about them.

After being diagnosed with Stage IV cancer, which she has reflected on at length in her writings, it could be said that Thompson found social media an essential part of her healing process.

Her assessment of social media from her 2016 book The Virtual Body of Christ in a Suffering World is perhaps the best in considering whether or not to engage with the wider community on Facebook, Instagram and Twitter among others.

“This is not to say that before the Internet people were without the benefit of vast networks of prayer and support,” Thompson writes of her ‘conversion’ to social media. “But the Internet connectivity has exponentially increased the speed and scope of such connections.”

Whether that gift of connection is via a handshake, a telephone call or Facebook messenger, seemingly it is no less a gift.