The bodily resurrection of Jesus—say what?! 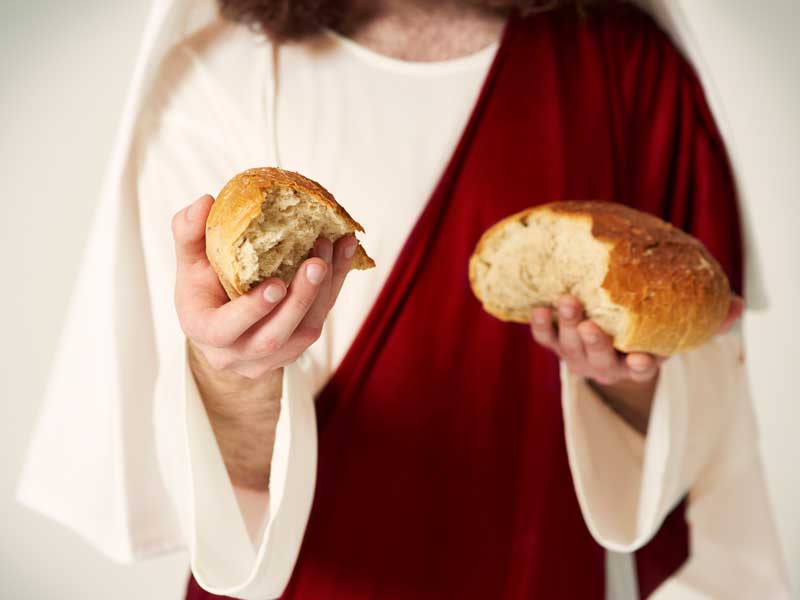 Roger WillerThe Rev. Roger A. Willer, PhD. is a pastor in the Evangelical Lutheran Church in America (ELCA) serving as the Director for Theological Ethics in the Office of the Presiding Bishop. He has served in that capacity for nearly 15 years and worked as lead staff person with various task forces in the development of ELCA social teaching documents since 2004. Relative to science, he led the work on the social statement Genetics, Faith, and Responsibility. He serves as the "faith and science go-to" in the Churchwide Office as well as Liaison for the Lutheran Alliance for Faith, Science, and Technology. His scholarly work has explored the intersection of theology, science, and ethics, writing on diverse subjects such as genetics, post-humanism, bioethics, conscience, and human sexuality.
Share
Tweet
Share
Pin

Grace to you and peace from the God who raised Jesus from the dead.

Whoa!  Now, there is a claim to make a good scientist exclaim: Say what!  “…raised Jesus bodily from the dead.”  How can that be true?  Indeed, it’s a claim that ought to invite any reasoning person to ponder.  Like those of us who are part of  the Ecumenical Round Table on Faith, Science, and the Church.  We are not all scientists, but we are people dedicated to coherent reasoning and to critical thinking.  That almost is a prerequisite to be part of the group, isn’t it?

The fact is, we shouldn’t just whip past the claim without some pause, some hesitation, some disbelieving, some desire for explanation.  Why? Because the resurrection of Jesus’ body is counter-intuitive, is counter to everyday experience. And how do we believe this claim and not other counter-intuitive, incredulous claims?  Yes, if we are honest, Jesus’ resurrection ought to leave us puzzled and pondering.

There are simple ways to avoid the puzzlement — I hear them every Easter, attempted analogies like “the green blade rises again.” And it is true we metaphorically say plants “die off” during winter. But good biology tells us wintering plants don’t really die; they go dormant. The scriptures say: Jesus died. Another means to avoid the challenge is to posit that it is just something I have to privately believe.  You’ve heard it: “I can’t account for it, but I just know it is true.”

The biblical claim is different — it is a public claim that Jesus died and was raised, somehow, bodily from the dead.  The tomb was empty. Nothing private here. The guy was not dormant like the green blade. Jesus had returned from the nothingness of death! This claim about a corporeal, somehow resurrected body, as a historical event seems to run contrary to the laws of physics and to the reason of everyday experience.  I mean, do you know of any other historical instances of this?

What then, does a scientist, or one of us committed to reasoned knowledge, honestly do with this as a public claim?  To oversimplify, good reasoning holds that an honest, wise person proportions his or her belief to the evidence and tests it.  In barest terms that is a description of good science.  The COVID pandemic has demonstrated the truth of this approach since those who have ignored the medical evidence have come to greater grief.

Now, by this standard of proportioning one’s belief to the evidence there are parts of Christian, or of other religious, activity and beliefs that can be demonstrated as reasonable.  Scientific studies suggest Christian, or religious activity, help people to be happier, to live longer.  The participant in religious activities like moral formation, worship rites, maybe even prayer, can point to demonstratable, testable evidence.

But not so with the resurrection of the body. Say what? It remains counter-experiential that some guy was raised from the dead and asks for broiled fish when he shows up. It is dubious, bordering on incredible and if we are honest and consistent with our commitments to evidence and reason, we have to hesitate. At some point the person who proportions his or her belief to the evidence has got to be disbelieving about this claim as a publicly defendable truth. I admit that I have. After all, it is not testable or repeatable. It does not seem consistent with the laws of nature which govern the activity of creation every moment, precisely so we can count on continuity from moment to moment. So, in what way could we believe a public claim that doesn’t seem scientifically and historically defensible?

This “say what”, this “got to disbelieve this one,” is not something new.  Some 80 years ago the view of biblical scholar and philosopher Rudolf Bultmann represented the stance of many Christian thinkers.  He argued the resurrection can happen in your heart as faith in God’s saving efficacy.  Just to count it as a historical event.  Another theologian, Paul Tillich, imagined the disciple’s upper room experience as real in some sense, but as mass excitement of communal imagination. Disbelieving has a pedigree and it is an honest response.

Hmm, in fact, this disbelieving is as old as the disciples themselves!  I love the pithy translation of the old RSV for this Luke 24 text.  It says that the disciples were “disbelieving with joy….” Indeed, they were not modern scientists, but if one reads any of the Gospel accounts carefully, you see the stories carry an incredulous reluctance. The disciples never recognize Jesus at first. The Christian scriptures know this is an audacious claim.

There is a certain historical believability to say that Jesus was crucified. That was the common end to troublemakers in the Roman empire. But to claim that this crucified one left behind an empty tomb and appeared in a transformed body? To claim that there was a resurrected body that was somehow discontinuously continuous with the Jesus who was a traveling teacher and healer? That leaves the Gospel writers shaking their heads, even as they insist that Jesus was not a “ghost.”

And there God goes again. God’s creative activity in the universe and in the resurrection from the dead are of the same character. God creates out of completely nothing.  God resurrects out of the complete nothingness of death. God raised Jesus, not from the dormant, not from an immaterial soul, but out of nothing. It seems to be God’s way.

Does this solve the problem of the singularity of the resurrection of Jesus we profess in the creeds? We are blessed because there are scientists and top-line theologians who have wrestled with these counter-intuitive claims and do provide detailed, defensible, publicly arguable explanation.  They demonstrate that the ‘say what’ of Jesus’ resurrection can be an event. It is one that pushes the envelope of what we know as possible, but it is scientifically plausible and the actuality of resurrection judged according to historical criteria is solid.

I think of, and personally am indebted, to scientist John Polkinghorne.1John Polkinghorne. The Faith of a Physicist. Minneapolis: Fortress Press, 1994. p.108f. He demonstrates how the bodily resurrection is credible as a phase change or “joint” of the laws of nature. I think of theologian Wolfhart Pannenberg who details the immense strength of the historical argument.2Wolfhart Pannenberg. Jesus–God and Man. [Grundzuege Der Christologie]. Translated by Lewis L. Wilkins and Duane A. Priebe. 2nd ed.; Philadelphia: Westminster Press, 1968. p.88f  But do their explanations “prove the resurrection?  No. What they do, though, is demonstrate how this event is credible as a public claim.  The questions still remain to be wrestled with.

This homily is not about removing the problem.  It is a witness to the defensible explanation of credibility but points even more to the evidence of God’s pattern. The good news is that God repeatedly does this thing, this out of nothing thing. God creates all there is out of nothing. God raises the discontinuous yet somehow recognizable body of Jesus out of the nothingness of death.  This leaves Christians as people, like the disciples, to live disbelieving in our joy.

Since this is God’s pattern, we can live in that faith; Christian life is disbelieving with joy. It means we live counting on God to bring good things out of bad, hope out of fear, joy out of sorrow, faith in the midst of reasons for skepticism. Since this is God’s pattern, we can trust that God also will raise us on the “last day”, whatever that will mean.

Since it is God’s pattern we can trust that our work at the intersection of faith and science will somehow be included in God as the creation’s future. Since it is God’s pattern our vocations matter.  More than that everything we do with our lives matter. The responses we make to COVID-19, to personal sorrows, to the Black Lives Matter movement, to social turmoil, to all the stuff of these trying times, do matter. They matter because God will use them to bring a fulfilled creation out of the evil, out of the daily crucifixion that we live in. All will not be completed until the “last day,” but there God will go again — doing something new and shocking through discontinuous continuity.

Disbelieving in joy, then, let us end as we began: Grace to you and peace from the God who raised Jesus from the dead.  And may the people of God say Amen and Alleluia!