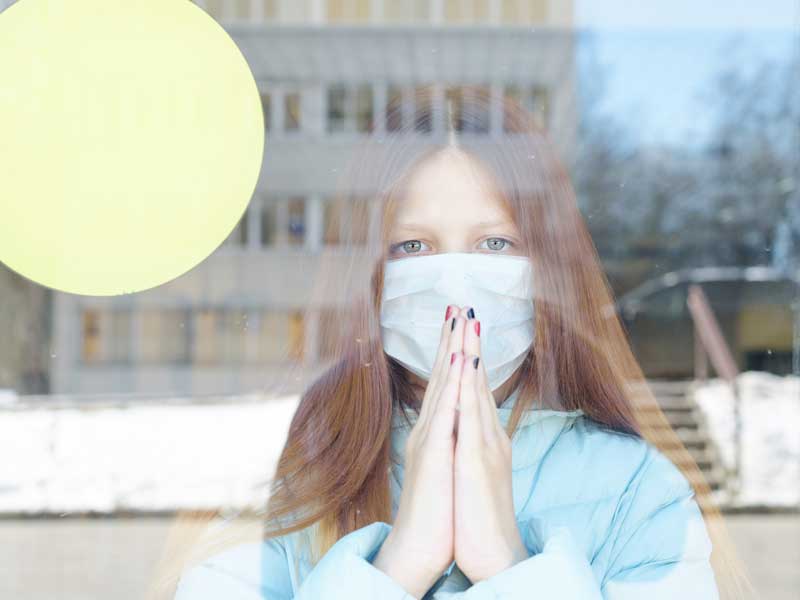 A new study published in the Journal of Scientific Study of Religion concluded that religion helped mental health in the early days of the COVID-19 pandemic, yet constrained the crisis response.

When it came to mental health, religion was a source of comfort and strength that people drew upon in the face of hardship.

But the researchers pointed out that the intense politicization of religion especially in the realm of conservative politics, it also meant that religious people may have taken partisan perspectives that maybe didn’t line up with one’s religion necessarily.

They relied on Pew Research’s American Trends Panel Survey of over 11,000 Americans, which found the least distressed group when it came to the pandemic were evangelicals, while the most distressed groups were Jewish individuals or secular Americans. The politicization of the pandemic lined up on religious lines too with evangelicals most likely to be Republican and experienced less distress in the early days of pandemic by comparison to other groups.

The responses of those in the religious community, however, showed a greater level of comfort in engaging in public activities and social activities that contradicted public health guidelines.

“Religious organizations should consider how they can promote the things that are helpful for mental health and not promote anything harmful for physical health,” Schnabel has said regarding his research in a AAAS press release. That promotion could include things such as building community through virtual gatherings and providing virtual tools to provide psychological resources without risk of exposure.

“The ideal scenario would be to figure out how to get the mental health benefits while avoiding the things that were unhelpful for containing the pandemic,” he added. “We also see that the least distressed religious group are evangelicals (the reference category), with the highest levels of distress reported by Jewish and secular Americans.”