Sinai and Synapses program to expand Scientists in Synagogues program 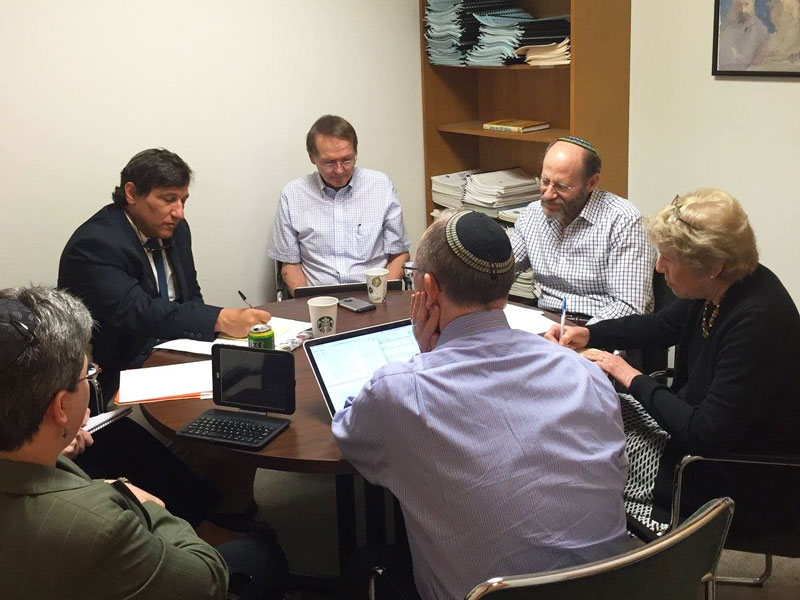 New York-based program Sinai and Synapses, which is known for its wide-ranging fellowship program, has secured funding for the expansion of its Scientists in Synagogues program.

A three-year grant from the John Templeton Foundation totaling $910,000 will foster science and Judaism programming across 30 synagogues and will wrap up in a public program through the fall of 2024 in New York City.

“The interplay of science and religion continues to be in the forefront of the public discussion,” Rabbi Geoffrey Mitelman, founding director of Sinai and Synapses, said in a statement. “The relationship between facts and interpretations, and between information and communication, requires a grounding in expertise, a clarity of message and a level of trust. Scientists in Synagogues will allow communities to dive deeply into the issues that they see as most crucial, most inspiring, or most pressing for them.”

He expects the program to “encourage deep relationship-building, engender awe and majesty, and spur curiosity,” as it did for the 35 communities that participated previously in the program. The reach of that initial program in 2016 was estimated to be 15,000 people and spread across Reform, Conservative, Orthodox, Reconstructionist, pluralistic and independent communities from fourteen states, plus Canada.

The focus remains on grass-roots programming, relationship building and the exploration of critical issues. The aim is to show the Jewish community how to integrate science and Judaism, present findings for futures studies, programming and ideas in the scientifically rich Jewish community.

Topics previously explored include truth in both mathematics and Judaism, particle physics and Genesis, the role of memory in Jewish tradition and the connection between genetics and free will.

The program is slated to be run in consultation with the American Association for the Advancement of Science (AAAS) the world’s largest scientific organization, through their Dialogue on Science, Ethics and Religion (DoSER) program and with the help of Sinai and Synapses’ fiscal sponsor Clal – The National Jewish Center for Learning and Leadership.

Keeping an eye on the public faith/science dialogue
ELCA seeks input on climate care social message draft
A clearer view of elusive Higgs particle could reopen origins dialogue
How do we do ‘endemic’ church?
CTNS to research ethical implications of AI