Can science alone explain our world? 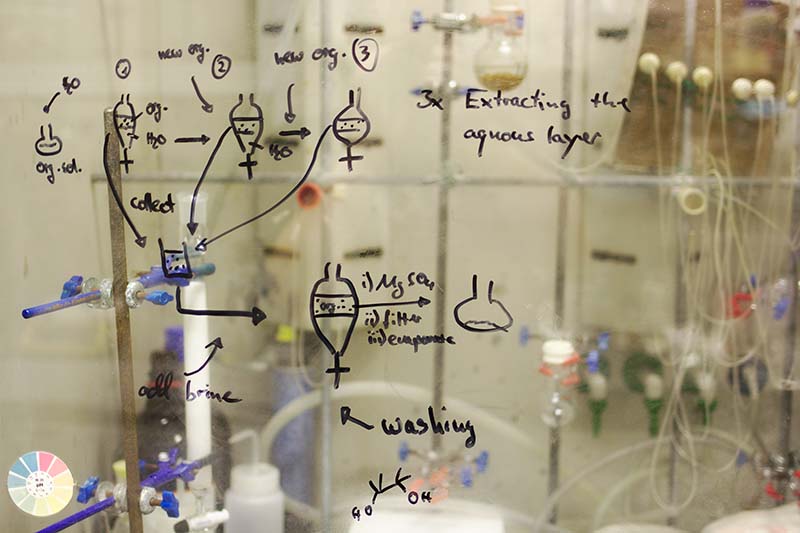 Photo by Chromatograph via Unsplash

Bruce BooherBruce Booher is a retired pastor of the Evangelical Lutheran Church in America, living in Seneca, SC. He serves on the Steering Committee of the Lutheran Alliance for Faith, Science and Technology. He leads retreats and presentations on awe and wonder in faith and science and maintains a website – www.mysteryandawe.com.
Share
Tweet
Share
Pin

From time to time, someone will say something like “One of these days, science will be able to explain everything and we won’t need religion.”

Getting it wrong about science

It is certainly true that scientific research continues to expand our knowledge and understanding of the universe. With the rapid increase in knowledge in the past few centuries, some people assume that it won’t be long until we have all the significant problems solved. However, scientists keep telling us otherwise.

Consider this description of the progress of science by one of the top physicists of the 20th century:

Robert Oppenheimer (in Science and the Common Understanding) has likened all of science to a vast underground palace with an unending series of interconnected rooms. At first as we began to explore the antechambers near the entrance, it seemed a familiar building of limited size much like other buildings we were familiar with. But as this century has advanced, unsuspected rooms have been entered and surprising interconnecting passageways discovered. Each new room or suite of rooms has been full of surprises, strange new beauties, and unsuspected wonders. Yet each time we began to think that we had reached the palace boundary and were in the innermost rooms, hidden doorways have been stumbled upon, which have led us into still deeper and more amazing sections of the palace.

Another image that has often been used to illustrate the growth of scientific knowledge is “the Island of Knowledge.”

“Knowledge is an island. The larger we make that island, the longer becomes the shore where knowledge is lapped by mystery. It is the most common of all misconceptions about science that it is somehow inimical to mystery, that it grows at the expense of mystery and intrudes with its brash certitudes upon the space of God.”

Astrophysicist and winner of the 2019 Templeton Prize, Marcelo Gleiser chose this image as the theme and title of his 2014 book The Island of Knowledge: The Limits of Science and the Search for Meaning.

Gleiser explains in his prologue:

Consider then, the sum total of our accumulated knowledge as constituting an island, which I call the “Island of Knowledge.” …The Island’s growth has a surprising, but essential consequence. Naively, we would expect that the more we know of the world, the closer we would be to some sort of final destination, which some call a Theory of Everything and others the ultimate nature of reality. However, holding to our metaphor, we see that as the Island of Knowledge grows, so do the shores of our ignorance — the boundary between the known and the unknown. Learning more about the world doesn’t lead to a point closer to a final destination — whose existence is nothing but a hopeful assumption anyway — but to more questions and mysteries. The more we know, the more exposed we are to our ignorance, and the more we know to ask.

– The Island of Knowledge: The Limits of Science and the Search for Meaning, pp. xxi-xxii

Like Gleiser, many scientists believe that there is a unfathomable depth and richness to the reality of this world. It is Albert Einstein, though, who best expresses this sense of mystery:

The most beautiful and deepest experience a [person] can have is the sense of the mysterious. It is the underlying principle of religion as well as of all serious endeavor in art and in science … [the one] who never had this experience seems to me, if not dead, then at least blind. The sense that behind anything that can be experienced there is a something that our mind cannot grasp and whose beauty and sublimity reaches us only indirectly and as feeble reflection, this is religiousness. In this sense I am religious. To me it suffices to wonder at these secrets and to attempt humbly to grasp with my mind a mere image of the lofty structure of all that there is.

(If you would like to explore more statements by scientists expressing this sense of mystery — that there is more to reality than our minds can ever fully grasp and comprehend, I encourage you to visit this page on my website: http://mysteryandawe.com/mystery-and-awe-in/mystery-awe-and-wonder-in-science/)

Getting it wrong about religion

Having shown that the idea that science will someday explain everything and do away with the need for religion misunderstands science, let’s look at how this idea misunderstands religion.

While people of faith certainly seek to understand the world and life in light of their faith, religion is about so much more than explanations.

The Bible offers many accounts of God calling people to live and act in relationship with God. The Bible teaches that God establishes covenants — committed relationships sealed with promises — with people. God calls Abraham and Sarah to leave their home and establishes a covenant with them and their descendants.

Even if science could explain everything, which it cannot, that would not do away with religion.

You had always enjoyed science and done well in science courses, until you took a course in (quantum mechanics, organic chemistry, partial differential equations — take your pick). Now you find yourself struggling. Your friend Chris suggests you might want to work with Bob, who seems to understand the subject well. You talk with Bob, who is happy to work with you. As you spend time with Bob, you understand the subject better, but you also become good friends with Bob. After the final exam, which you ace, Chris says “Well, since you are doing so well now, I guess you won’t be spending any more time with Bob.” You respond, “At first I was spending time with Bob to get his help with the course, but we have become good friends. His friendship means more to me than the help he was able to give me in this subject.”

Relationship is central to Christian faith and life. Indeed, the doctrine of the Holy Trinity teaches that the very nature of God is relational. There are many works which explore the relational nature of the Judeo-Christian perspective. One good example is God and World in the Old Testament: A Relational Theology of Creation by Terence E. Fretheim.

Getting it wrong about “the God of the Gaps”

It is important for us to recognize one way people of faith have encouraged the idea that science explaining everything would do away with the need for religion or even God.

Too often, people of faith have used God to explain phenomenon which were not otherwise well understood. This approach is generally referred to as “the God of the gaps.”

A trivial example is parents telling a young child not to be frightened by thunder, because it is just angels bowling. This becomes a very serious issue, however, when people feel that their faith is threatened by scientific discoveries which offer explanations for something they thought could only be explained as an action of God.

This is a massive issue today with many Christians viewing evolutionary biology, and science in general, as a threat to their faith.

Dietrich Bonhoeffer addressed the danger of “the God of the gaps” powerfully in Letters and Papers from Prison:

Weizsacker’s book The World-View of Physics …has again brought home to me quite clearly how wrong it is to use God as a stop-gap for the incompleteness of our knowledge. If in fact the frontiers of knowledge are being pushed further and further back (and that is bound to be the case), then God is being pushed back with them, and is therefore continually in retreat. We are to find God in what we know, not in what we don’t know; God wants us to realize his presence, not in unsolved problems but in those that are solved. That is true of the relationship between God and scientific knowledge, but it is also true of the wider human problems of death, suffering and guilt. It is now possible to find, even for these questions, human answers that take no account whatever of God. In point of fact, people deal with these questions without God (it has always been so), and it is simply not true to say that only Christianity has answers to them. As to the idea of ‘solving’ problems, it may be that the Christian answers are just as unconvincing — or convincing — as any others. Here again, God is no stop-gap; he must be recognized at the centre of life, not when we are at the end of our resources; it is his will to be recognized in life, and not only when death comes; in health and vigour, and not only in suffering; in our activities, and not only in sin. The ground for this lies in the revelation of God in Jesus Christ. He is the centre of life, and he certainly didn’t ‘come’ to answer our unsolved problems.

In many of his letters from prison to Eberhard Bethge, Bonhoeffer wrestles with the challenges the Church faces in a “world come of age” — a world that does not need God as an explanation. The Church certainly continues to face these challenges. We should acknowledge that we have not done a very good job of addressing these challenges.

I believe it is a terrible mistake for people of faith to view science as a threat to their faith. It is true that there are some scientists who are antagonistic towards religion and who publicly claim that religion is just superstition and science is the only source of knowledge or hope for the future. There are also many scientists who are people of faith, and also scientists who might not personally believe in God, but who recognize the value faith brings to the lives of others. We should not allow the antagonism of a vocal few to shape our attitudes towards science.

More importantly, if we believe this world is God’s creation and that God calls us to work for the good of this creation and for all people, we need to recognize science as a valuable ally. As science explores this world, certain theories and results might challenge some of our beliefs or interpretations. This might lead us to deeper theological insights. Certainly, many contemporary theologians incorporate scientific insights into their theologies. Scientific understanding will continue to change and develop.

We should welcome the scientific quest for knowledge and insight, trusting that truth, however it is acquired, will ultimately serve to glorify God and help us better care for this world and all our fellow creatures.