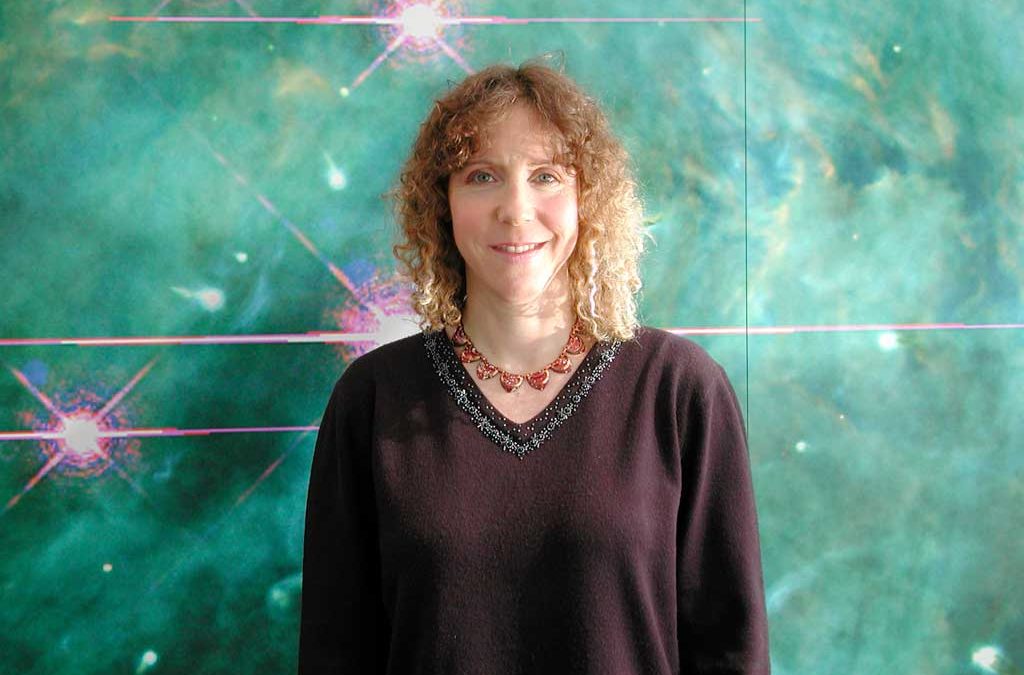 Grace Wolf-ChaseGrace Wolf-Chase, Ph.D. is an astronomer at the Adler Planetarium and University of Chicago, and an Affiliated Faculty Member at the Zygon Center for Religion and Science. A member of the Milky Way Project and GLIMPSE360 science teams, she studies the early stages of star formation in our Galaxy through infrared and radio telescope observations. Wolf-Chase's principal outreach focus is on bringing the wonders of scientific exploration to non-traditional audiences, particularly diverse communities of faith. She also has written articles for the Clergy Letter Project e-newsletter: http://theclergyletterproject.org/.
Share
Tweet
Share
Pin 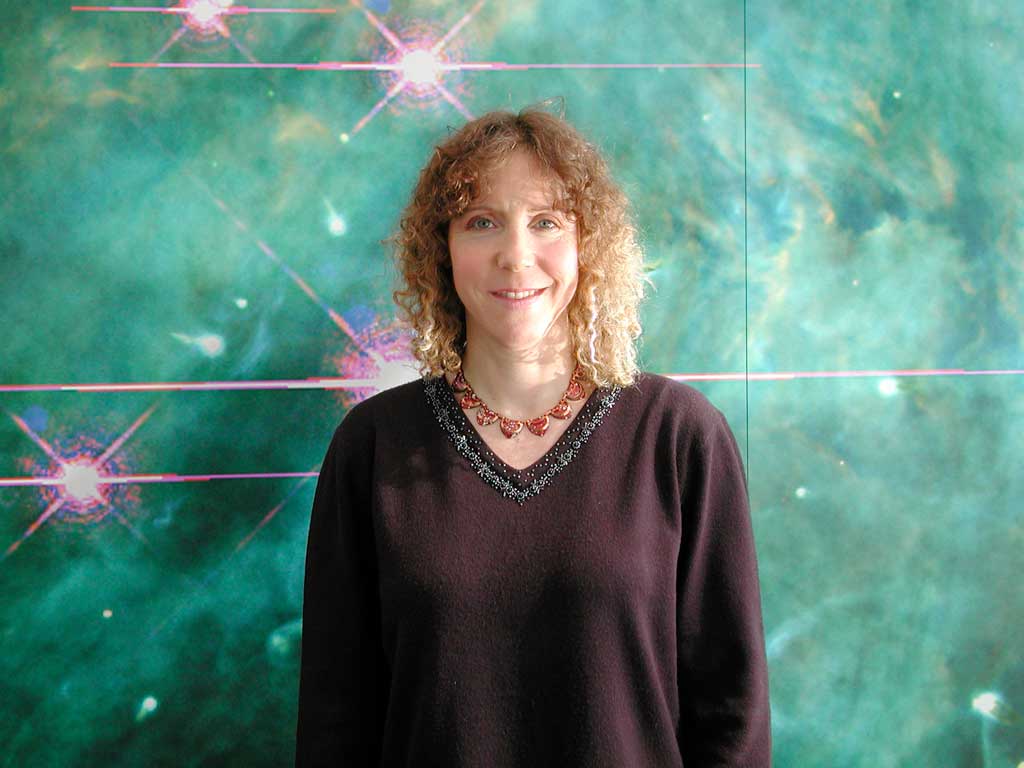 Many of you may have heard of the Search for ExtraTerrestrial Intelligence (SETI). As Jill Tarter, who holds the Bernard M. Oliver Chair for SETI Research at the SETI Institute in Mountain View, California, has often pointed out, it’s not clear how to search for intelligence, but we can search for evidence of extraterrestrial technology. Such technology would presumably be created by an intelligent civilization. Although NASA funding for SETI expired in 1993, SETI science is far from dead: the search goes on in diverse projects that explore the question of how we might detect signs of extraterrestrial technology using different methods and assumptions about hypothetical advanced civilizations. Radio SETI was popularized in Carl Sagan’s science fiction novel Contact, which was made into a movie starring Jodie Foster as Ellie Arroway, a fictional scientist bearing a more than passing similarity to the very real Jill Tarter. The movie premiered in 1997 shortly after Sagan’s death in 1996.

Here, I will focus on another type of SETI project, whose concept also has its origins over 50 years ago…

In a paper published in 1960 entitled Search for Artificial Stellar Sources of Infrared Radiation11. Dyson, F.J. 1960, Science, Vol. 131 no. 3414, 1667-1668, the remarkable physicist Freeman Dyson suggested that a very advancedcivilization might construct a system of orbiting satellites that would completely encompass their star and capture most or all of its energy output. Dyson speculated that the construction of such a structure would be a logical step to serve escalating energy needs of a technological society, and that searching for evidence of the existence of such structures might lead to the discovery of an advanced intelligent civilization.

Several science fiction stories have popularized the so-called Dyson Sphere, including the Star Trek: The Next Generation episode Relics, where the USS Enterprise-D stumbles upon one while responding to a distress call from a vessel that has been missing for 75 years. A somewhat modified version of the Dyson Sphere concept is described in Larry Niven’s classic 1970 science fiction novel, Ringworld.

Energy usage increases roughly by a factor of 10-100 billion between each of these three categories. On this scale, human society might attain Type I status in 100-200 years, Type II status in a few thousand years, and Type III in a hundred thousand or million years. Of course, projecting into the far future is fraught with many uncertainties, but the point is that even these timescales are short compared to the age of the Universe, suggesting that if other technological civilizations exist, they may be far more advanced than humanity!

Penn State astrophysicist Jason Wright has recently begun the search for Dyson Spheres. Wright’s search begins with combing through data acquired by the Wide-Field Infrared Survey Explorer (WISE), a space-based observatory that mapped the entire sky in four broad wavelength bands of infrared light. The project is based on the idea that a structure of solar collectors around a star would collect visible light energy, which would heat the collectors to a few hundred degrees above absolute zero (roughly the temperature of the Earth). This structure would radiate heat in the infrared part of the spectrum; similar to the way the Earth and human beings, for example, radiate heat (people are particularly bright at a wavelength of about 10 microns, in the mid-infrared part of the spectrum). Although a Dyson sphere would peak in the infrared, rather than visible light, part of the spectrum, it would have a total luminosity similar to our Sun. In other words, it would be a very bright source of infrared radiation.

Of course, there are a lot of sources of natural infrared light in the cosmos, so distinguishing the natural from the engineered is not so easily accomplished. Much of the infrared radiation in space comes from dust and organic molecules known as polycyclic aromatic hydrocarbons (PAHs). If any of you have joined the Milky Way Project (www.milkywayproject.org), you’ve seen ample evidence of this!

Wright’s plan is to search for potential Kardashev Type II & III civilizations by methodically classifying sources identified by WISE as known objects, those that are unknown but can be explained by natural processes, and finally those that cannot currently be explained by natural processes and would make excellent targets for more detailed studies. For example, star-like objects that are well removed from dust clouds in our Galaxy, but emit as much luminosity as our Sun in the mid-infrared part of the spectrum would be especially interesting, as would galaxies that are much brighter than expected at mid-infrared wavelengths. In principle, there could be entire “dark galaxies” that emit essentially all of their radiation at mid-infrared wavelengths!

WISE alone will not provide the “smoking gun” for identifying Dyson Spheres (assuming they do, in fact, exist). We will need far greater spectral coverage and resolution (more bandwidth and the ability to separate individual spectral features), as well as observations that can detect rapid time variations. What data-mining WISE observations will do will be to narrow the playing field, so to speak, by enabling construction of a database of interesting objects for follow-up observations by both existing and future facilities.

Wright’s project is a great example of how science progresses. In particular, a null or negative result would not make this a wasted effort. The project will undoubtedly yield many new discoveries about galaxies and stars that further our knowledge of our amazing Universe regardless of whether or not Dyson Spheres actually exist. As speculative as the concept may seem, I remind you that just a few decades ago, the very existence of planetary systems other than our Solar System was considered speculative, and was relegated to the realm of science fiction.

The discovery of faraway “dark galaxies” might bear witness to Type III civilizations that no longer even exist – or have evolved beyond the need for technology, as we would recognize it. Such relics might eventually open up a new field of “intergalactic archaeology”…I encourage you to check out an on-line discussion about searching for Kardashev Type II and III Civilizations with WISE, which can be found on the SETI website22. http://www.seti.org/media/hangouts/searching-for-kardashev-civilizations-with-wise