Science, nonscience and nonsense: Teaching how to differentiate among the three 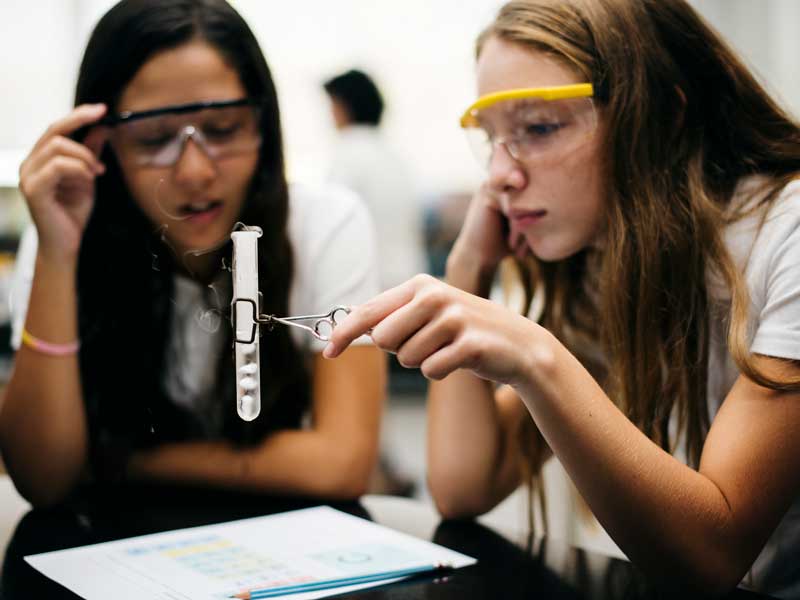 Michael ZimmermanMichael Zimmerman is the founder and executive director of The Clergy Letter Project, an organization designed to demonstrate that religious leaders are fully comfortable with both their faith and science, earned a Ph.D. in biology from Washington University in St. Louis. He has worked as a biology professor and senior academic administrator at a number of institutions of higher education in the United States.
Share
Tweet
Share
Pin

A defining set of characteristics of the Enlightenment, indeed, perhaps the defining set of characteristics of the Enlightenment, was the creation and use of the scientific method coupled with logical reasoning to better understand the world around us. This shift in intellectual focus arising more than 400 years ago has led to a transformation of all facets of human lives, from amazing medical advances to the industrial and the computer revolutions.

This worldview allowed people to begin to comprehend the universe as it functioned rather than as they wished it functioned; it permitted us to move beyond superstition to knowledge. Modern science is built solidly upon the framework constructed by our ancestors all those generations ago.

It is important to keep this history and philosophy in mind as another school year begins or we run the risk of turning our backs on all the Enlightenment has brought us. While it’s true that we see science under attack all around us today, from mobs demanding that there be no mask mandates in schools despite what infectious disease experts tell us, to those who demand that evolutionary theory and the basics of climate change be purged from our public schools, what we’re seeing isn’t completely new. Yes, the volume and the vehemence might be at record levels but the sentiments have been around for all-too long.

*In February 1987, when Evan Mecham was governor of Arizona, Jim Cooper, Mecham’s chief aide for education matters, testified before a legislative committee that public school teachers should not impose their belief that the Earth is round on students who have been brought up to believe that it is flat.

*In May 2011, Don McLeroy, then-chair of the Texas State Board of Education, frustrated by commentary of scientists and teachers explaining why evolutionary theory is solid science and should be taught in Texas public school science classrooms, erupted shouting that “Someone’s got to stand up to experts.”

It seems that we’ve been building toward the situation we currently find ourselves in; science itself is under attack by a significant portion of the American population. Rather than attempting to understand the science to which they’re opposed, whether it be the advice to be vaccinated against COVID-19 or to take steps to reduce our collective carbon footprint, and rather than having any appreciation of the nature of science itself, too many of our fellow citizens simply say that the scientific explanations articulated by experts are wrong and that those experts are biased. Instead, they promote alternative views of the world, views that are completely at odds with scientific laws and actual data.

In a society such as ours, where important decisions, decisions impacting the health and well-being of the public, are made by our elected officials and are often influenced by public sentiments, it is critical that basic science be a part of that decision-making.

This brings me back to education. As a scientist and as an educator, it gives me no pleasure to say so but the anti-science sentiment rife in our culture is due, in part, to the fact that we’ve been teaching science poorly for far too long. Rather than teaching science as a process it has, far too often, been presented as a collection of facts; facts to be memorized rather than understood. Under these circumstances when scientific consensus changes, as it often does due to exciting new experiments and more data, people disparage scientists and claim that their opinions should carry no more weight those of individuals without any scientific training. But scientists know that this is how their fields grow, how they learn more about their subjects. They embrace the fact that all scientific knowledge is tentative, open to refinement and even alteration by additional data.

It is the process of scientific discovery, the exhilaration that comes with discovering something that no one before has ever encountered, that makes science so much fun. The formulation and testing of a hypothesis is at the core of the scientific process. Knowing how to frame an idea in a way that makes it falsifiable, able to be proven wrong by just the right experiment, is what sets science apart from most other human endeavors and that is what has provided us with the power to understand and productively manipulate the world around us. This is what we should be teaching students. Yes, of course, they need to learn some specifics, but those specifics should be presented in a way that helps elucidate the process that led us to them.

This sort of teaching will enable students to differentiate scientific ideas from non-scientific ideas. Simply put, the latter are non-scientific because they are not falsifiable; there’s no way to prove them wrong. Ideas of that sort may well be interesting, but they’re not scientific. And, similarly, this sort of teaching will help students recognize truly nonsensical ideas, ideas that simply have no basis in reality.

Two related issues are of relevance here. First, as powerful as science is, there are areas of great importance to humans that fall outside of its boundaries. Many philosophical, moral and artistic issues, for example, cannot productively be addressed by science.

Second, for far too long, many have incorrectly pitted science against religion, implying that a choice must be made between the two. Many religious leaders and scientists alike know this not to be true. One can be deeply devout while retaining a scientific worldview. It is only when religions make truth claims about empirical aspects of the natural world that conflicts arise. The Dalai Lama explained what he believed must happen in the face of these sorts of conflicts: “If scientific analysis were conclusively to demonstrate certain claims in Buddhism to be false, then we must accept the findings of science and abandon those claims or adopt them as metaphor.”

The current assault being waged on science, in fact, seems to be coming more from the political extremes, from both the far right and the far left – for very different reasons – rather than from the religious community. Members of the far right seem to be attacking science because they see it in conflict with what they want to believe while the far left is promoting the view that science is simply yet another socially constructed, and therefore biased, way of viewing the world.

Imagine the progress that could be made if religious leaders, scientists and educators were to join together to promote a process-oriented view of science. Imagine how our political decision-making would be improved and imagine how we might be able to defeat a pandemic before it killed millions of our fellow human beings.

It’s critically important to remember that the laws of nature exist and impact our lives whether we understand and accept them or not. Lots of things are up for discussion but not that.