Religion and science dialogue: Is the medium the message? 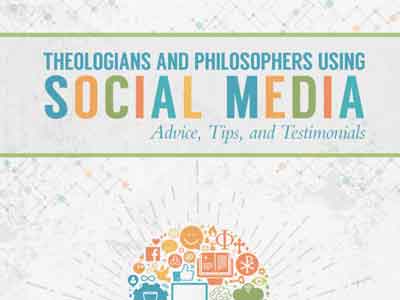 Thomas Jay OordThomas Jay Oord is a theologian, philosopher, and scholar of multi-disciplinary studies. Oord is a best-selling and award-winning author, having written or edited more than twenty-five books. He is the director of the Center for Open and Relational Theology and directs a doctoral program on open and relational theology at Northwind Theological Seminary. A twelve-time Faculty Award-winning professor, he teaches at institutions around the globe. Oord is known for his contributions to research on love, open and relational theology, science and religion, and the implications of freedom and relationships for transformation.
Share
Tweet
Share
Pin

I will never forget first hearing Marshall McLuhan’s famous words, “The medium is the message.” I was a first-year undergraduate student thrust into an upper-division communications course. When the professor introduced McLuhan’s statement, I was jarred.

I entered college thinking the media used for communication involved simple tools, which were neutral and largely inconsequential. We might prefer some forms of media to others, I thought, but the media didn’t influence the message. Whatever medium a communicator chose delivered the desired meaning, without remainder. To hear McLuhan claim the medium was the message seemed patently false.

My view today is that McLuhan was partly right. I don’t think any medium presents the entire message. But neither do I think media are inconsequential to the message they communicate. In my view, the forms of communication shape the content of their messages. Media matter.

I’ve come to think the problem of explaining a medium’s influence on its message is similar to the problem of explaining art. Just as I cannot articulate well my aesthetic preferences and intuitions, I also cannot explain precisely the influence a medium plays in shaping a message. Language cannot capture art fully. Videos, whispers, billboards, and emails shape messages in unique ways.

The growing influence of social media and technology

I began with McLuhan’s famous phrase because it rings in my head as I think about contemporary forms of social media and technology. There’s little doubt that social media is changing the way most of us live. Most people acknowledge these changes in their personal relationships. But few notice the way social media is changing how scholars do scholarship and religious thought leaders engage followers. My latest book – Theologians and Philosophers Using Social Media: Advice, Tips, and Testimonials – explores those changes.

I’ve noticed these changes in my own work. It began in the early 2000s when my academic institution became the first to offer accredited, fully online Masters Degrees in Religion. The criticism my colleagues and I received for offering online degrees was intense. Some of that criticism was deserved, but most was based upon naïve assumptions. Now, of course, online education has become common. It has both strengths and weaknesses. But the number of full-throated critics continually declines.

As the Internet grew in stature, many theologians, philosophers, and thought leaders considered it simply a new repository for ideas and scholarly materials. And when social media grew, many thought it simply as a means to promote their ideas, projects, or convictions. To reference McLuhan, many scholars and thought leaders initially thought of the internet and social media as means alone and not as affecting their messages.

A good number have since discovered that the Internet and social media are more than repositories or marketing tools. Various forms of technology influence the way scholars pursue scholarship, formulate their research, and do tasks related to their disciplines or interests. Activists and religious leaders realized that their choices in social media influence both their message and how they pursue their passions. Media matter for theologians and philosophers.

Today, having an online presence is increasingly necessary for intellectual leaders. Publishing presses want to know about a potential author’s “platform,” by which they typically mean social media platform. Educational institutions want to know if a potential professorial candidate has experience teaching online courses or engaging the public through social media.

The quality of a scholar’s or institution’s website typically affects the measure of its influence. Most conferences, books, and other intellectual events have some social media footprint. In many ways, scholars and other thought leaders who ignore social media are left behind.

And then there’s the issue of time. Nearly every contributor to this book wrestles with how much time to spend online and how best to schedule social media engagement. Many confess to failing. Just about everyone realizes the import of “unplugging” occasionally. We need technology Sabbaths.

Perhaps most interestingly, social media seems to be undermining the view that scholars work in private, “ivory towers.” That’s never been entirely the case, of course. But social scholarship emphasizes and expands the role communities play for helping scholars, activists, and religious leaders. Social scholarship offers new opportunities to collaborate for the common good.

McLuhan is also known for saying that “we shape our tools and thereafter our tools shape us.” Like the first McLuhan quote, I think this quip is partly correct. What we are becoming by using social media is still in process. But like most essayists in this book, I’m convinced social media and technology are shaping scholars and religious leaders in novel ways.

I’m also using the phrase “social media” in a broad sense. It refers to platforms like Facebook, Twitter, YouTube, etc. But it also refers to blogs, podcasts, webinars, etc. Some contributors talk about specific internet sites, such as Academia, Beliefnet, Biblical Studies Online, Patheos, Quora, or ResearchGate. They discuss using digital technology and the internet for book reviews, online journals, or online education, including MOOCs. This diversity adds to the book’s usefulness.

I conceived of the book as a way for contributors to reflect on their practices and theories and as a source of advice on how thought leaders use social media and technology effectively. The essays lean more toward the “how to” than toward the “why so.” I hope the tips, advice, and testimonials spark ideas or solve problems for readers.

Here are the questions:

The essayists offer valuable insights to those pondering the possibilities of social media and technology. In short, the ideas in this book can really make a difference!