Pandemic, the virtual body of Christ, and the next generation of church leaders 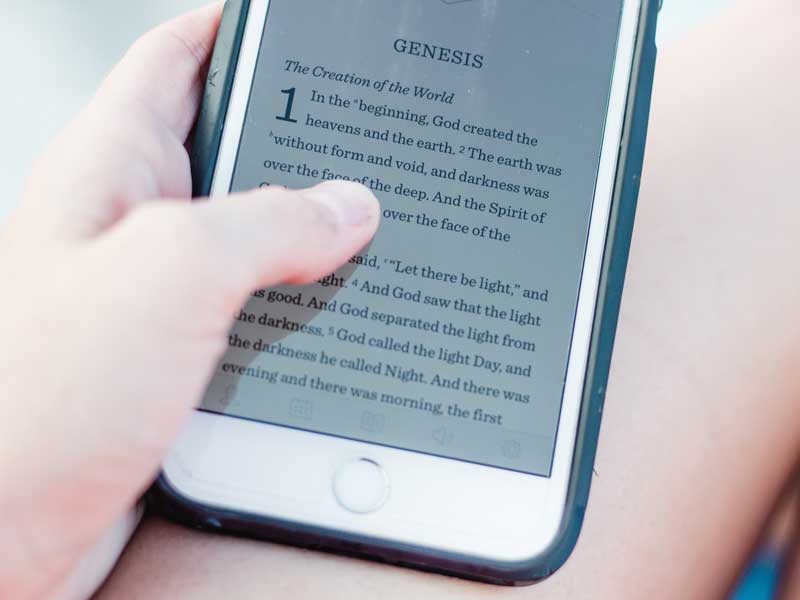 Photo by Jenny Smith via Pexels

Deanna ThompsonDr. Deanna A. Thompson is the Martin E. Marty Regent Chair in Religion and the Academy and Director of the Lutheran Center for Faith, Values, and Leadership at St. Olaf College. She’s the author of several books, including “The Virtual Body of Christ in a Suffering World.”
Share
Tweet
Share
Pin

I used to be a digital skeptic, dubious that virtual connectedness could foster any meaningful relating among us. Getting diagnosed with incurable cancer, however, provided all sorts of opportunities to reconsider my assumptions about how the world works, including my certainty that virtual connectivity is incapable of enriching our lives.

Through my experience of being sidelined by cancer, I was introduced to the life-giving possibilities of virtual connectedness. These connections mediated by digital technology were not simply poor substitutes for real interaction; they filled my soul at a time of despair. I wouldn’t have survived my cancer quarantine without them.

As a theologian I had never given the invisible church much thought in life before cancer. But when cancer prevented me from being physically present at church, I was introduced to how the body of Christ exists virtually in profound, healing ways.

Not long after I moved into my first remission, I came across an observation by Pastor Jason Byassee that helped crystalize my experience of being embraced by the body of Christ via digital technology.1Jason Byassee, “For Virtual Theological Education,” Faith and Leadership, https://faithandleadership.com/jason-byassee-virtual-theological-education. Byassee observes that the Apostle Paul was almost never physically present with most fellow members of the body of Christ. While Paul was physically distant from the early churches, he was virtually present through his letters that were read aloud to the gathered community. Inspired by this insight that the body of Christ has always been virtual, I began writing and speaking about the transformative role the virtual body of Christ has always played in ministering to those who suffer, and how we might employ our digital tools to enhance our ability to live out this calling in the world.

These days it’s not just the very sick or the very frail who are connecting digitally with the virtual body of Christ; it’s most every churchgoer. Christian communities are scrambling to offer online worship, virtual youth group, remote Bible studies and more in response to the call to avoid physical contact with one another during this time of pandemic.

With the mass migration to virtual spaces, what it means to be church is being redefined and reimagined. Clergy, musicians, and youth leaders are reinventing church in real time to respond to our need to remain physically distanced from one another. And while many yearn for the return to church as it once was — in person, full of singing, and passing the peace and sharing the sacraments — it may well be that the church is living into its identity as the virtual body of Christ in ways that will forever change what it means to be church.

While this time of upheaval and uncertainty presents deep challenges for church leaders, those who are preparing to be among the next generation of leaders see reasons for hope. “I’m excited about what’s happening,” says Menzi Nkambule, a Masters of Divinity student at Luther Seminary. “Rather than watching the church die slowly, we’re seeing how adaptive the church can be. It’s heartening to see how many church leaders have risen to the occasion. It’s a shame to have a massive crisis forcing these changes, but it gives me a sense of hope to see how many more people are engaging with online worship than have been coming to in-person worship in recent years.”

There’s no question that churches across the world have adapted quickly to ministering and worshiping online. One of the many unknowns, however, is how long churches will need to continue “doing church” primarily in virtual spaces. “I don’t think people are going to come back to church the way they used to,” says Clayton Faulkner, a student at Wartburg Seminary. That doesn’t mean they’re uninterested in church; but Faulkner does think it means that the church will need to meet people more and more in virtual spaces. And he sees himself and others who’ve done their entire seminary careers online as uniquely prepared to minister in this time and place.

As long-time pastors consider whether their calling includes continuing to preach in front of a screen and conduct pastoral care visits and meetings via Zoom, distance learners like Faulkner have taken preaching and pastoral care courses online, participated in worship virtually, and developed relationships with classmates and professors mediated by digital technology.

“All those aspects of [in-person] worship we consider most sacred — singing, sharing the peace, offering the sacrament — are now considered the most dangerous in terms of spreading the virus. It’s like the church is now in the mode of a start-up,” Faulkner observes. “Mission starts have this figured out. They’ve long been about adapting to whatever context they’re in.” Faulkner is starting to pay more attention to mission developers to learn more about reimagining church, including creating new opportunities for participation and partnering in innovative ways with other congregations and non-profits.

The mission mentality has also influenced a recent seminary graduate and campus pastor to create Queerantine Camp, an online camp for LGBTQ+ youth. As spring 2020 brought more and more cancellations of events, including the Western States ELCA Youth Gathering that happens every three years, Drew Stever, a trans, queer ELCA candidate for ordination in the Southwest California Synod and Hazel Salazar-Davidson, Campus Minister at California Lutheran University, worried about how kids — especially queer kids — were going to maintain meaningful community during the pandemic.

The camp opened registration in April, and within two days more than 100 kids had signed up. “It’s like the book of Acts,” said Salazar-Davidson. In order to create an interfaith infrastructure and recruit enough counselors to support the international group of teens participating in the camp, they have partnered with non-profit organizations like the Naming Project and Reconciling Works, a Lutheran organization dedicated to full inclusion of LGBTQ+ persons in church and community. While there’s been a steep learning curve (there were trolls posting hateful comments during the first day camp was in session, and they now have strict privacy guards in place), “it’s no longer an experiment; we’re being called to this ministry.”

There’s no question that the pandemic has brought with it significant hardship, suffering and loss. It’s important to make space in our virtual expressions of church to acknowledge these losses and grieve them. At the same time, as Menzi Nkambule observes, “the church is reaching more people online. That gives us incentive to continue” living into being the virtual body of Christ and pay attention to where the Spirit — and these future leaders of the church — are encouraging us to go.