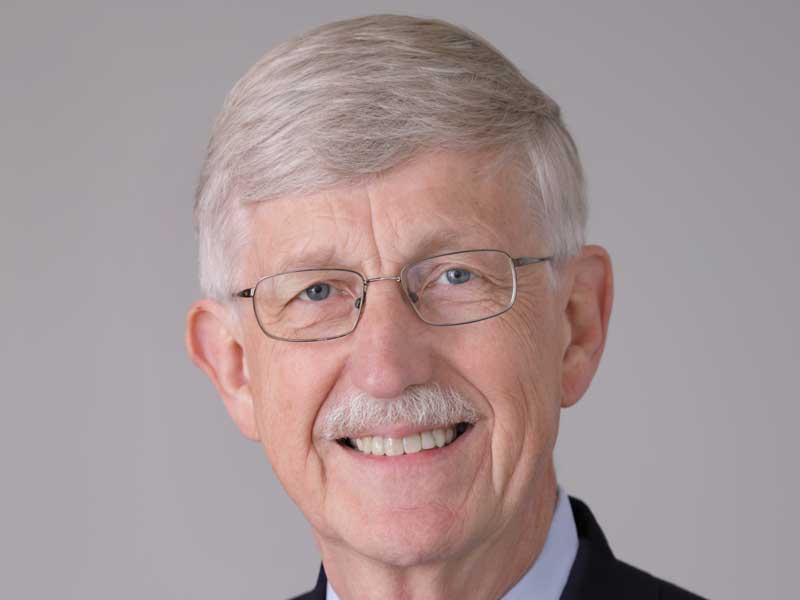 Director of the National Institutes of Health, geneticist and physician, Dr. Francis Collins was awarded the 2020 Templeton Prize.

In a written response to the awarding of the prize, Dr. Collins wrote, “almost my every waking moment is consumed by the effort to find treatments and a vaccine for COVID-19. The elegant complexity of human biology constantly creates in me a sense of awe.”

“Yet I grieve at the suffering and death I see all around, and at times I confess I am assailed by doubts about how a loving God would permit such tragedies,” he continued. “But then I remember that the God who hung on the cross is intimately familiar with suffering. I learn and re-learn that God never promised freedom from suffering – but rather to be “our refuge and strength, a very present help in trouble. (Psalm 46).”

This year’s winner of the annual religion and science prize awarded by the John Templeton Foundation is well known for his leadership in Human Genome Project and for his faith, which was outlined in the bestselling 2006 book, The Language of God. He is also founder of the non-profit Biologos.

In the book, he writes, “This book argues that belief in God can be an entirely rational choice and that principles of faith are, in fact, complementary with the principles of science.”

He directed the National Human Genome Research Institute from 1993 to 2008. Before joining the NIH, he was a professor of internal medicine and human genetics at the University of Michigan, where he became known for his pioneering technique of “positional cloning” to pinpoint disease-related genes. His research groups have been behind the discovery of genes responsible for cystic fibrosis, neurofibromatosis, Huntington’s disease, and Hutchinson-Guilford progeria syndrome, a rare form of premature aging.

“Dr. Collins embodies the ideals and core convictions that inspired my grandfather, Sir John Templeton, to establish the Templeton Prize in 1972: that rigorous research, especially in the sciences, can help humanity confront the deepest and most challenging questions of existence,” wrote Dill in a prepared statement.

Collins will formally receive the Templeton Prize in a virtual ceremony later this year.