New director at Zygon Center for Religion and Science 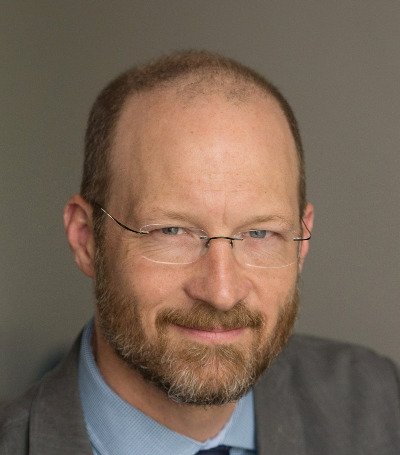 The Rev. Dr. Benjamin M. Stewart was appointed over the summer to the position of director of the Zygon Center for Religion and Science (ZCRS).

Stewart joined the LSTC faculty in 2009 and was installed as the Gordon A. Braatz Associate Professor of Worship later that same year. Much of his work has centered on ecology and liturgical resource development.

He is the author of A Watered Garden: Christian Worship and Earth’s Ecology (2011). His most recent book project is a liturgical eco-theology of funeral practices, tentatively titled Returning to the Earth: The Spiritual Wisdom of Natural Burial.

Since 2016, Stewart has served as director of advanced studies at LSTC, a role that has now been taken on by Dr. Mark Swanson.

“I am delighted that Ben will be leading the Zygon Center,” said Esther Menn, dean of academic affairs at LSTC. “His scholarship and teaching bring together religion and science in organic and generative ways. I look forward to the new ideas and energy he will bring to ZCRS.”

Becoming the fifth director in the Center’s history, Stewart in urgently seeking out ways to foster scholarly conversations around a number of big questions.

“Look at race and racism, responses to the pandemic, and environmental justice, and you can see how religious and scientific ways of knowing have sometimes been crucial for progress and at other times needed serious correction and challenge.”  He views ZCRS as being uniquely positioned to take on the dialogue of our times.

The center is a partnership of the Lutheran School of Theology at Chicago and the Center for Advanced Study in Religion and Science (CASIRAS), both of which are housed at the seminary.

ZCRS is dedicated to relating religions traditions and scientific knowledge in order to gain insight into the origins, nature and destiny of humans and their environment, and to realize the common goal of a world in which love, justice and responsible patters of living prevail. The aim of the center is to bring together scientists, theologians, philosophers and other scholars to address basic questions and issues of human concern.