New book offers a secular and theological criticism of transhumanism 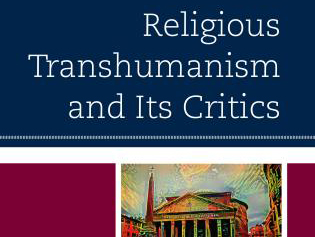 A book that has been years in the making offers a multi-faceted look at transhumanism and its implications for faith, science and social justice.

“Religious Transhumanism and Its Critics” is being released this month by academic publisher Rowan and Littlefield, offering a wide-variety of viewpoints on human enhancement from theologians, scientists and ethicists.

“A deep brain implant could function therapeutically to combat dementia, Alzheimer’s, and even Christian fundamentalism!” one of the book’s editors, Ted Peters, quipped in an article for Covalence in late 2020. But transhumanism has been a topic he has been exploring along with his co-authors Arvin Gouw and Brian Patrick Green for almost a decade now.

Gouw is an instructor at Stanford University School of Medicine and faculty affiliate at Harvard Center for Science, Religion, and Culture. Green, meanwhile, is the director of Technology Ethics at the Markkula Center for Applied Ethics and adjunct faculty in the School of Engineering at Santa Clara University.

The book explores differing religious traditions viewpoints of the transhumanist vision of the future. The question is whether the idea of transhumanism or this idea of human enhancement through scientific and technological means could be compatible with theology.