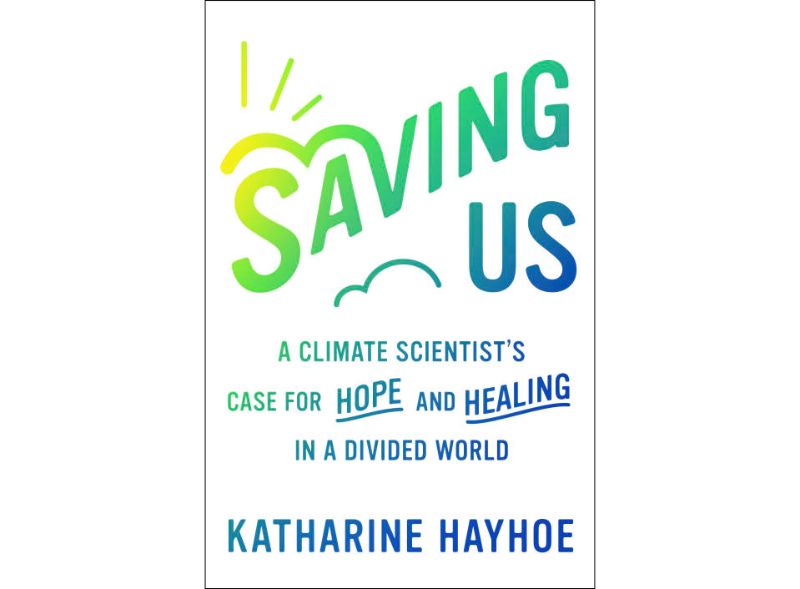 Katharine Hayhoe, a well-known climate scientist who has also openly engaged with theologians on the issue of climate change, has recently released the book, Saving Us: A Climate Scientist’s Case for Hope and Healing in a Divided World published by Simon Schuster.

Hayhoe in 2019 headlined a DoSER talk at the AAAS offices on climate change, environmental stewardship and to look at ways in which faith communities and scientists are working together to solve one of today’s most pressing issues. In 2018, she held lectures at the Goshen College Conference on Religion and Science in Indiana and engaged in thoughtful discussions with theologians and students.

As a Canadian climate scientist who happens to live in Texas, she is used to facilitating complex dialogue. In her new book she stresses that one of the most important ways we can address climate change is to simply talk about it.

In the book, she writes about the need to find shared values in order to connect our unique identities to collective action.

“This is not another doomsday narrative about a planet on fire,” according to Simon & Schuster. “It is a multilayered look at science, faith and human psychology, from an icon in her field – recently named chief scientist at The Nature Conservancy.”