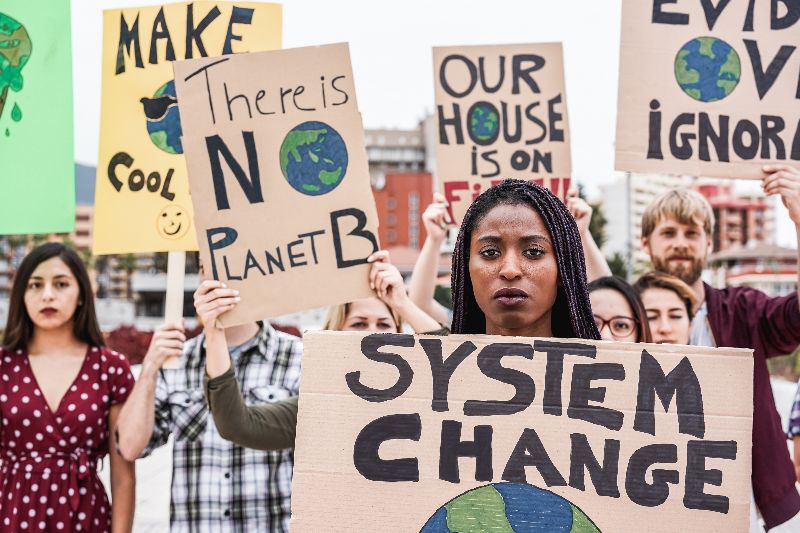 The Lutheran World Federation General Secretary Rev. Dr. Martin Junge and Presiding Bishop Dr. Frederick Shoo of the Evangelical Lutheran Church in Tanzania were among 40 global faith leaders who joined Pope Francis at a climate summit at the Vatican on 4 October.

Together the leaders signed an appeal to governments and decision-makers to take more ambitious action and to cooperate more effectively to reduce climate change. Critically, the appeal highlights the agreement among scientists worldwide that action is necessary to limit the rise in Earth’s temperature by another 1.5 degrees in order to prevent a climate catastrophe.

The summit, “Faith and Science: Towards COP26,” made headlines around the world and was the culmination of months of online meetings between the religious leaders and top climate scientists. Organized by the Vatican, the event included a symbolic tree planting ceremony in which each religious leader added a handful of earth to an olive tree that will be planted in the Vatican gardens.

Junge in his comments said that the appeal sends a clear message that “people of good will from every sector of society can unite, can act, can work together now.”

COP26, a global United Nations meeting to address climate change, will be held in Glasgow, U.K., November 1 through 12.

Bishop Shoo from Tanzania was invited because of his pioneering work to combat climate change and has been nicknamed ‘the tree bishop’ due to his efforts to mobilize local communities to plant trees on the slopes of Mount Kilimanjaro. He recalled Martin Luther’s words: “Even if I knew that I would die tomorrow, I would plant a tree today,” adding that it is now required of all children attending confirmation classes to plant trees and to learn about the climate crisis. He concluded with a plea to government leaders: “Let us save our common home, before it is too late.”