Love for the Earth in the time of COVID-19 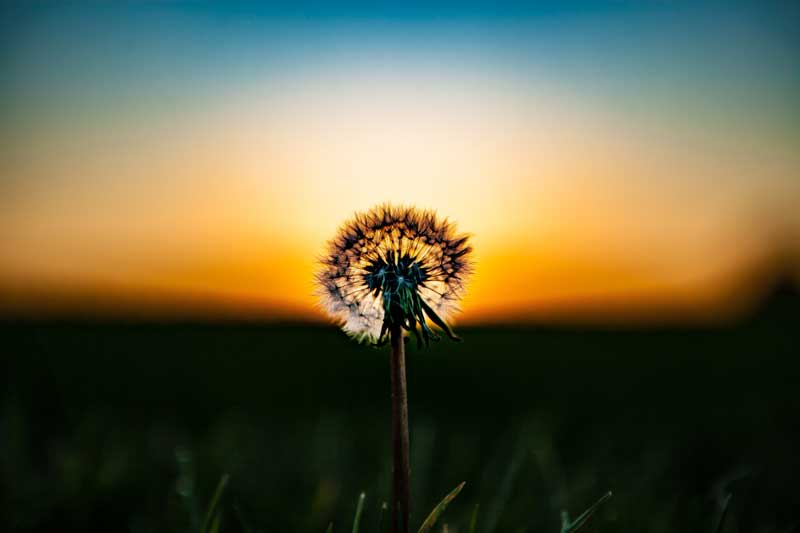 Photo by Carl Larson via Pexels

Dandelions. You don’t see them that often anymore, or is that just me?

I remember as kids we used to goof around with dandelions until our fingers were stained yellowish green. We made necklaces, crowns, bracelets and just had a blast on many sunny afternoons.

Looking at those golden spikey blooms now in all their array against a green lawn sort of reminds me of the dramatic vision of the tongues of flame at Pentecost which reads:

“Divided tongues, as of fire, appeared among them, and a tongue rested on each of them.”

I don’t know if flames are my favorite image of the Holy Spirit. Yet the Lord appeared to Moses in the burning bush. In Exodus, it reads:

“There the angel of the Lord appeared to him in a flame of fire out of a bush; he looked, and the bush was blazing, yet it was not consumed.  Then Moses said, “I must turn aside and look at this great sight, and see why the bush is not burned up.”

Those flames that did not consume the bush sound incredulous at a time when fires have torn through acres and acres of Amazon rainforest, the Australian bush and regularly through wide swaths of California.

It is part of the natural human response to be fearful of flame, but in the Pentecost story the fear is replaced with awe as they all speak in various languages and mysteriously can understand each other.

Yet here we are living in time when wind, water, and flame are ravaging our planet. And whether we like it or not we are fearful of what comes next and know that we too may be to blame.

Simply it’s science and the facts that support her stance and that of many other climate scientists. So she says it again and again — “Yes it’s real and yes we’ve checked!”

In parts of Australia it perhaps took the flames to apply the extra bit of convincing that yes, this is really happening. And many people there placed pressure on the government to agree that climate change was a problem that needed to be addressed.

As the scientists agree, we see a political climate (pardon the pun) where many do not see a warming planet as a fundamental problem worth solving.

And still for others that see it as a real problem — there can often be fatigue. After all, what can one person on a planet of 7 billion do?

Maybe it takes a bit of natural drama to shake us out of our slumber. Maybe if those tongues of flame popped up today we would recognize what we were to do.

Just as we prepared for the 50th anniversary of Earth Day, another dilemma, coronavirus, caught the planet flat-footed. Scientists have marveled at what impact our collective quarantine has had on our environment. Less air pollution, our use of fossil fuels has dropped to a point that tankers are sitting off the coast of California storing crude that we would typically had used over the course of a month or two.

Certainly this is not sustainable, staying cooped up in our homes and working and learning from our dining room tables. Yet if the supposed “ecological good” that has come out of this points to the human impact that is real, maybe there is something to learn about who we are and whose we are.

Now some have said we perhaps brought this plague upon ourselves and indeed it almost seems like a biblical plague the likes of which hit Egypt when the Hebrew people were trying to gain their freedom from Pharoah.

But if this is God teaching us a lesson about climate change or any other “sinful” activity, it doesn’t line up with God’s spirit. Remember the tongues of flame didn’t burn anyone on Pentecost, Moses didn’t see the burning bush succumb to the flame either.

Thomas Oord put it this way in last month’s article:

“Good things will come from the evils we currently face. Count on it. But we shouldn’t say God causes or allows evil for this good. It isn’t part of some predetermined plan. Instead, we should think God squeezes some good from the bad God didn’t want in the first place. God never gives up on anyone or any situation. Working with a broken and diseased creation, God works to wring whatever good can be wrung from the wrong God didn’t cause or allow.”

Sometimes things that are unseen can be just as powerful as those seen — as is the case with the coronavirus, but can’t we see God’s true nature even in times as bleak as these?

Yes, we all feel as though we are in battle for survival, but yet God never put us in the Garden to plunder its riches for our own reward but to tend the garden and all its beauty and sustenance. That’s the thing about being a faithful steward — it’s not just about you and your needs anymore — it’s about the world’s needs.

Yes God is faithful to us and provides all that we need each day, which is amazing to consider given the billions of souls we share the earth with — and yet we often forget about this faithfulness and think if only we could use a little more of our slice of paradise for ourselves, then we will be complete.

We all do this — and we even try to eradicate those glorious little yellow dandelions that we call weeds. But even these pesky flamboyant nuisances do not last forever, my 7-year-old loves to blow the seeds all over our neighbor’s lawns as we take our evening walks. It assures us that even next year we will see even more yellow in otherwise perfect lawns. And thus begins another cycle.

It is amazing that even in knowing our true nature, God is able to guide us through the Holy Spirit in our stewardship as long as we take the time to listen, look, and in the case of scientists, study the wonders around us and appreciate them for what they are instead of what good they are serving.

That even goes for viruses — that devastate families and economies. These times not only remind us of our vulnerability, but that we can care for those around us and our shared planet too, and like the rest of nature, be a visible sign of God’s love in the world.