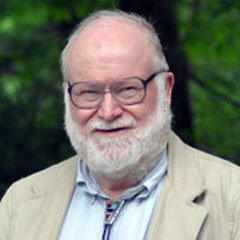 Retired physics professor Dr. John Albright may not look like your unconventional soul, but a brief conversation will quickly reveal a thoughtful viewpoint of history and science and where they collide with theological inquiry. 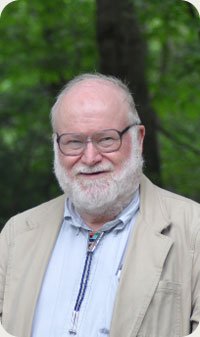 Albright retired in 2004 from Purdue University Calumet, where he was the chair of the department of Chemistry and Physics. Since then has held the post of visiting professor of religion and science at the Lutheran School of Theology at Chicago where he has taught courses related to biblical languages and has attended courses related to the Zygon Center for Religion and Science housed at the seminary.

The majority of his career however (more than 30 years) was spent at Florida State University, where as professor of physics and associate chair of the physics department he created and taught religion and science courses and struck up a unique relationship with world-renowned theoretical physicist Paul Dirac.

This experience has led Albright to ask some mind-bending theological and scientific questions. Such as — Is the universe random or deterministic? Some physicists, such as Einstein, didn’t believe that God rolled the dice and believed in a deterministic universe. For Dirac, the key question of quantum mechanics was whether or not the nano-scale events were random or deterministic. For both Dirac and Albright, where there is randomness there is determinism on average and the mathematics behind this idea show a more probablistic view of a creator God.

For Albright, the question of whether there is a multi verse (see September 2012 Covalence) is one more example of the unwillingness of many people to take randomness seriously. One can understand the issue regarding randomness vs. determinism by looking at life insurance. As Albright explains, you don’t know how long you are going to live, and even though insurance companies have the statistics on the general population they still can’t tell when you are going to die.

“That’s how it is with atomic particles,” says Albright. “You know what they may do but average behavior doesn’t determine what they actually will do.”

Famous physicists, such as Einstein, were eager to work out a system of atomic physics that was capable of handling randomness in the face of determinism. “Like Dirac, I think beautiful physics has a better chance of being right than ugly physics,” Albright says. For him beautiful physics shows a unified idea of randomness via mathematical equations on both the large and sub-atomic scale.

When looking at the anthropic principles (strong vs. weak), the idea of a closed universe is not as appealing for Albright and others. According to Albright, 40 years ago the anthropic principle — or the idea that physical universe must be compatible with the conscious life that observes it — was seen as new age and anti-scientific by some people. Now it is often brought up in religion and science circles as the idea that fundamental constants in the universe fall within a narrow range to support life and that in turn shows the hand of a creator. While an interesting philosophical thought, it isn’t one to spark a real religion and science debate with Albright.

Of importance to Albright is stoking curiosity in others as to how science and religion have complimented one another historically. Albright has been a teacher for more than 40 years and doesn’t show signs of stopping anytime soon. He won a major teaching award while at Florida State and taught internationally recognized religion and science courses at the graduate and undergraduate levels. Now, in addition to organizing adult forums and study groups at his Lutheran church in Chicago, he remains a visiting Professor of Religion and Science at the Lutheran School of Theology at Chicago.

Religion and science course work was a focus of Albright’s in his work with the John Templeton Foundation in the 1990s. He worked on organizing regional conferences on the topic of teaching religion and science with his wife, Carol Rausch Albright (see April 2011 Covalence). A lifelong-Lutheran, John Albright can trace Lutheranism in his family back to the 1600s. Besides serving on the Lutheran Alliance for Faith, Science and Technology and working at LSTC, Albright also served on several nationwide committees for the Lutheran Church in America. He has been a speaker in the past at regional church conventions and contributed to efforts that lead to the Lutheran Book of Worship.

His faith has been a driving force in a career studying high energy physics. And while he could have followed in his father’s footsteps and become a pastor, Albright was always interested in teaching whether it was Sunday school or university courses. For now he remains busy blending science and religion in a variety of ways. For example, he is currently working on four articles for Springer Verlag’s Encyclopedia of Science and Religion!