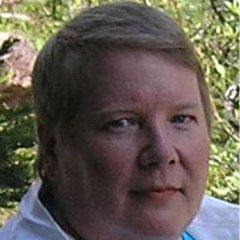 Many scientists are present on any given Sunday in the pews. Ida Hakkarinen is one such scientist, who may be found attending Hope Evangelical Lutheran Church and Student Center in College Park, Maryland. She is a meteorologist with the National Oceanic and Atmospheric Administration (NOAA) and works on a joint NOAA/NASA project developing the next generation of geostationary weather satellites at Goddard Space Flight Center in Greenbelt, Md. Ida is a member of the Lutheran Alliance for Faith, Science, and Technology and an active leader within the ELCA. Here she takes some time to share with us the overlap she finds between her vocation and life of faith.

Tell me about your vocation and how you became interested in your daily work.

IH: Scripture indicates that our calling from God (our vocatio) is to be “salt, light, and leaven” in the world (Matthew 5:13-16; 13:33). There are many “roles” I play in life: I am a daughter; an aunt; a citizen of a nation, a state, and a county; a federal employee; a neighbor; a member of a congregation; a friend. In each of these areas, opportunities to minister and to be ministered to are continually presented. What I bring to my occupation is nothing different from what I bring to any of these other areas, for my core identity does not change. My identity was given to me at Baptism, when I was sealed with the cross of Christ and marked as God’s child forever. 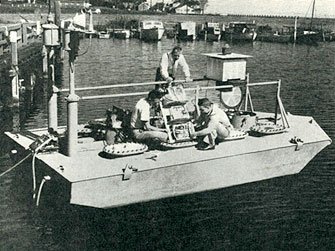 In terms of my occupation, I’ve been interested in meteorology ever since I did a unit on the weather in the 5th grade. My father was an electronics engineer, and he and his colleagues designed a weather buoy in the late 1940s while working for the U.S. government, first at the National Bureau of Standards (now the National Institute for Standards and Technology) and then at the U.S. Navy until his retirement in 1972. Between 1951 and 1970, 21 Naval Oceanographic Meteorological Automatic Device (NOMAD) moored buoys were deployed at sea. The hull design is still in use in harsh environments, such as the Gulf of Alaska and the North Atlantic. In junior high school, one of my science projects was about the NOMAD buoy.

Education was emphasized in our family by my parents. My mother was valedictorian of her high school. My father received his degree in engineering and taught high school physics for a year before my parents moved to Washington, D.C., in 1941, when my father started his career in the government. My three older brothers all had careers in science and technology: a physician who headed the family practice department in a hospital, an information technology manager for the federal government, and a Ph.D. environmental scientist working as an air pollution project manager with a utility consortium.

What is one of the most awe-inspiring images in your mind when you think of faith and the modern technological/scientific world we live in? 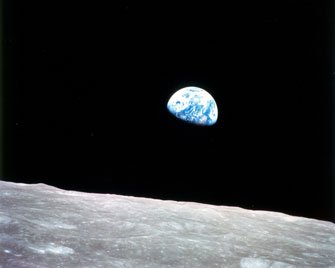 IH: This image (NASA image AS8-14-2383) from December 24, 1968 has been referred to as “Earthrise.” The picture was taken by astronaut William Anders on the Apollo 8 mission to orbit the moon. Other members of the mission were Jim Lovell and Frank Borman (Borman first took a black and white image showing the Earth rising over the surface of the moon. Shortly after, Anders took this picture with another camera using color film).

I wrote an Advent homily in which I talked about a moment when I was overcome by the sense of the grandeur of the universe and God as creator while viewing this picture on the wall of my home while listening to folk singer Nanci Griffith singing, “From a Distance.” I wrote “As Christians, we proclaim that God is not ‘watching us from a distance,’ as the song says, but rather that God has entered into our world, has become Emmanuel – ‘God-with-us.’”

What is your main interest or area of study when it comes to religion and science?

IH: As a scientist who is a person of faith, I’m interested in finding ways that our liturgy and hymnody can reflect images that are common to us in the 21st century. Since “liturgy” means “the work of the people,” our worship should reflect a broad spectrum that includes science, technology, engineering, and medicine in addition to the agrarian themes that are present in many of the “old” hymns.

I advocate for ways to bring clergy and laity together in a collaborative manner to learn together and discuss ways to live out the Gospel in the scientific/technological world in which we find ourselves today. While others may focus their efforts upon academic efforts in the religion and science discussion, I’m more inclined to look at practical ways for people to bring their knowledge to bear in the church. A good example of where this happened well was during the discussion of the Social Statement on Genetics, Faith, and Responsibility at the 2011 ELCA Churchwide Assembly in Orlando.

Is there a project you are working on currently related to religion and science?

IH: I’m a member of the Steering Committee of the Lutheran Alliance for Faith, Science, and Technology. In that capacity, we’ve talked about several projects we’d like to undertake in the near future: 1) a video contest for youth about how they see connections between their faith and science and 2) a contest for seminary students to collect sermons in which scientific and technological themes are part of the Gospel preaching.

How would you like to see the faith and science dialogue evolve in the years to come?

IH: I’d like to see the dialogue broadened from “experts in the field” meeting at conferences to being a regular part of the conversation in a Christian community. If every confirmation class, youth group, and Sunday School curriculum incorporated a discussion of faith and science, and if every seminary incorporated the topic as part of its curriculum, it could lead to a greater understanding of the relationship of one’s faith to one’s life in the world of today. As a scientist, I’m heartened by efforts by scientific societies such as the American Association for the Advancement of Science (AAAS) to include religious and ethical perspectives as part and parcel of the discussion of science and technological developments.

What would you say to young people in the church about the role of science in our faith?

IH: As people grow in their faith life, they often experience moments of learning when they realize that some of the “simple truths” from their Sunday School classes often have more nuanced meanings. Sometimes, this becomes a point of crisis for people, but it need not be so. As Martin Luther said, “The Bible is the cradle wherein Christ is laid.” Scripture points to Christ, and we worship Jesus the Christ, not the Bible.

The Bible is the story of our faith. The Bible was not written to be a scientific treatise on how the world began, how diseases are cured, or how people interact in a social group. Novelist Flannery O’Conner wrote: “A story is a way to say something that can’t be said any other way, and it takes every word in the story to say what the meaning is.” Similarly, a scientific theory is not designed to elucidate the meaning of life or to serve as a creedal statement of faith. Albert Einstein wrote, “Science without religion is lame, religion without science is blind.”

As young people in the church grow in the living out of their Baptismal calling as they move into adulthood, these words from Martin Luther are applicable to all our faith journeys in this scientific and technological age: “Be a sinner and sin boldly, but believe and rejoice in Christ even more boldly, for He is victorious over sin, death, and the world.”

Do you have any favorite books you would recommend to lay people interested in science? In theology?

IH: Some science books I recommend are:

Foden, Giles, 2010. Turbulence. New York: Alfred A. Knopf.
This is a novel in which the protagonist is a retired meteorologist; he reflects upon the weather forecasting for D-day.

Gray, Theodore W., and Nick Mann, 2009. The elements: a visual exploration of every known atom in the universe. New York: Black Dog & Leventhal Publishers.
What a terrific “coffee table” book with rich imagery that describes the elements of the period table – would make a good purchase for your pastor!

Groopman, Jerome E, 2007. How doctors think. Boston: Houghton Mifflin.
This book helps non-specialists understand the thinking processes that physicians use – patients will benefit from reading this, and then discussing parts of it with their health-care providers.

IH: Some theology/faith books I recommend are:

Borgmann, Albert, 2003. Power failure: Christianity in the culture of technology. Grand Rapids, Mich: Brazos Press.
A professor of the philosophy of technology and a devout Roman Catholic, Borgmann writes about the limits of technology in the modern life.

Childs, James M., and Richard Lischer, 2012. The eloquence of grace: Joseph Sittler and the preaching life. Eugene, OR: Cascade Books.
Sittler, a Lutheran theologian who taught at the University of Chicago, was one of the first to focus upon environmental stewardship.

Countryman, Louis William, 1999. Living on the border of the holy: renewing the priesthood of all. Harrisburg, Pa: Morehouse Publishing.
Countryman, an Episcopal priest, writes about how each of us participates in Christ’s priesthood.

Collins, Billy. 2003, Poetry 180: a turning back to poetry. New York: Random House Trade Paperbacks.
Collins selected this series of poems to be read each day in American high schools during his time as Poet Laureate of the U.S.

Jackson, Fleda Brown, 2007. Reunion. Madison, Wis: University of Wisconsin Press.
This collection, which was awarded the Winner of the 2007 Felix Pollak Prize in Poetry, includes a poem about quantum mechanics.