Humility, empathy and discovery in science and in ministry 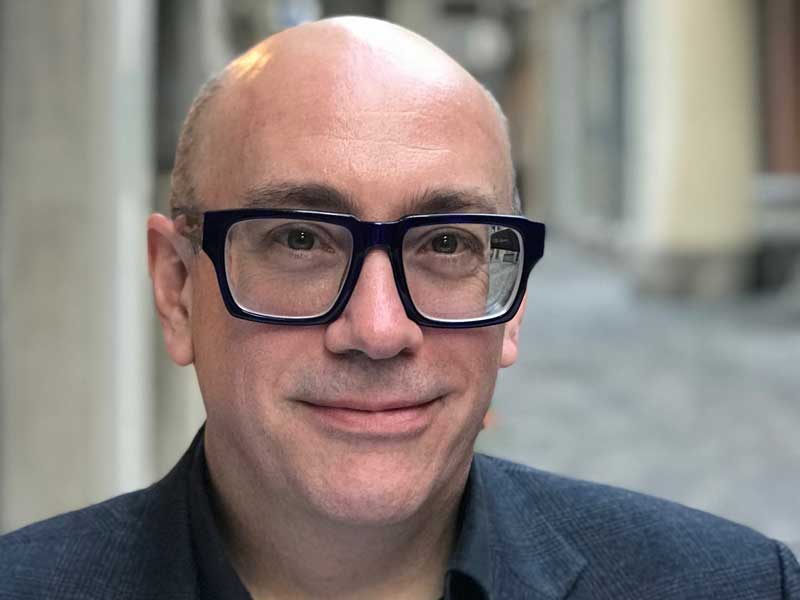 Michael Spezio is one of those rare individuals who has fit more than one passion into his daily work.

Spezio is associate professor of psychology, neuroscience and data science at Scripps College in Claremont, CA. He is also ordained as a Minister of Word and Sacrament in the Presbyterian Church (U.S.A.). At Scripps, Spezio directs the Laboratory for Inquiry into Valuation and Emotion (LIVE Lab) and his research focuses on emotion as the cognition and consciousness of valuational representations of self and others in decision making.

Recently, he took the time to discuss with Covalence his work and thoughts on what we know about ourselves through the shared lens of faith and science with his life in the lab and in ministry.

Covalence: What does your work as a neuroscientist include? What is your lab like?

Spezio: My work is primarily with undergraduate Research Associates in the Laboratory of Inquiry into Valuation and Emotion.

So a lot of my daily work is instructional and trying as best I can to mentor new scholars as they learn to apply what they have learned in coursework and learn additional aspects beyond coursework to do novel research. Developing concepts of empathy, theory of mind, self- and other- consciousness takes time.

Developing sound quantitative thinking and integrating that with interdisciplinary engagement that includes the humanities is hard work and is not really addressed in most disciplinary courses in the undergraduate curriculum. Even when such courses promise interdisciplinarity, they generally mean by “interdisciplinary” the practice of applying their own discipline (e.g., computer science, psychology, neuroscience, history, science and technology studies, media studies) to the analysis of other disciplines, without first paying attention and learning the theoretical constructs, methods, and standards of judgment in those disciplines.

My lab tries to teach students the importance of authentic interdisciplinarity, which recognizes the hard work and insights in the disciplines, while seeking to go beyond disciplinary, siloed limitations on prevailing approaches to complex problems. For example, the way that cognitive science typically approaches moral action is by ignoring moral philosophy, or by caricaturing it into “rational” and “emotional” theories.

Neuroethics typically works by making very simplistic extrapolations from fMRI or EEG or lesion studies to conclude that “free will” does or does not exist, or that this or that ethical theory is incompatible with rationality in a neurally defined sense. In my lab and in my courses in ethics (Data Science Ethics & Justice; Neuroethics), ethical theory comes first, before the scientific investigation of moral action and before conceiving of ethical applications in the sciences.

In this way, we can engage brilliant scholars in all of these fields and learn from their work, and realize how the questions they are asking and the proposals they are making yield insight, give pause, and point to novel interdisciplinary opportunities. One of those opportunities in my own lab is work in empathy and theory of mind. In our work with communities dedicated to overcoming seemingly insurmountable barriers between people and ingroups, we have seen novel conceptions and practices of empathy that are in line with the groundbreaking work of Edith Stein and that do not have very much overlap with the theories that animate work in cognitive science, neuroscience, literary criticism, and political science. We’re hoping to develop this work more carefully and systematically so that it is accessible to a wide range of scholars and to people doing essential work in marginalized communities.

Covalence: You are also an ordained minister, correct? Which came first?

Spezio: My training as a scientist came first, but my own call to ordained ministry was earlier than that. In my practical life now, I spend much more time doing the activities of a trained scientist and teacher-scholar than I do in preaching and the sacraments. In my tradition, ordained ministers are known as Teaching Elders. I hope that my work is done with a sense of the sacredness of life and of the inclusiveness of divine love for all people, especially for those deeply wounded and shut out by the dynamics of power in societies.

Covalence: Much of your research as of late has been looking at mental processes related to things that seem unmeasurable by science – i.e. forgiveness, empathy, compassion. What can science tell us about such emotions?

Spezio: Empathy, compassion, theory of mind, and forgiveness are difficult to study scientifically compared to the study of overt behaviors or cell dynamics or the nucleus of a cell. What we have been able to do thus far shows us first of all that these really matter for real-world transformative work in the most challenging contexts.

Contrary to dominant narratives that critique these moral categories as unworkable outside of limited, small-scale contexts, too “idealistic” for large-scale, big-data, international problems and problem-solving, what we see is that doing the hard work among real people absolutely depends on these values, albeit in forms and practices that are not always congruent with popular conceptions of them.

Beyond the phenomena themselves, we’ve discovered that risky action on behalf of others, in solidarity with others, may take a different valuational structure of self and other. Cognitive computational models reveal that those who do risky solidarity work tend to link value of self with value of other. This is exciting and challenges the prevailing models of self/other valuation that inform most economic and political theory and behavioral economics and neuroeconomics.

Covalence: You have been discussing humility and empathy with religion and science audiences as of late. Can you discuss broadly what you have discovered through your research in relation to those two ideas?

Spezio: I am not sure we’ve “discovered” anything that was not already known by those persons and communities doing the hard work of personal and group transformation, except as it relates to the formal mathematical modeling that lends support to their claims and training.

In terms of moral philosophy and the cognitive science of moral action, we have found that the kind of humility really at the core of doing that hard work is an interpersonal openness and not as much an intellectual humility, and not at all about self-abnegation. Humility is a movement of what we are calling “kenotic empathy”, in which I do not identify with the other or assume I am similar to the other or that I understand where the other is living and experiencing. Rather, humility as the practice of kenotic empathy empties me of my assumptions of the other and clears space for me to welcome them, to see them, to hear them, so that I can begin to understand.

In kenotic empathy, in humility, then I also depend on the other’s kenotic empathy as they reveal myself to me in ways perhaps outside of my current first-person consciousness.

Covalence: What do you see in human consciousness, if anything, that perhaps hints to a connection to a greater consciousness at work in the universe?

Spezio: The problem of human consciousness has for much too long been treated in a solipsistic manner, focusing only on first-person or subjective consciousness.

How we see the and know the color “red” is really interesting, of course. First-person experiences are important to study and understand. But how we see and know, how we become conscious of the experience we have that there is another person, another “I” who is addressing me as an “I”, this is for me and for my work the primary question.

This question is at the heart of understanding our evolutionary history, our cultural histories, and it is at the heart of finding our way into inclusive, flourishing futures. I think this question requires deep interdisciplinary engagement, attending to the wisdom traditions of cultures throughout time and space, and most of all attending to the lived practice of such consciousness in communities demonstrating the kind of transformation that is authentically inclusive for real belonging. Our work with such communities shows that these experiences are always grounded in a tradition, a set of teachings and practices, that each person lives out according to their own transformed consciousness.

So this kind of consciousness is not solipsistic, nor is it confined to the two persons or three persons or however many are seeing and hearing one another at any given time. What founds it and grounds it, encircles it, invites exploration and deep listening among diverse experiences.