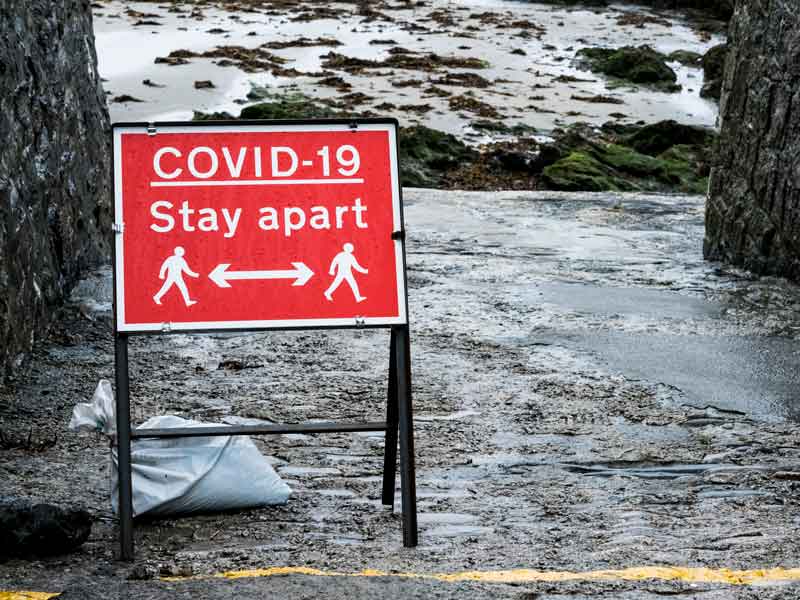 Like most of us, meteorologist Ida Hakkarinen found herself homebound due to COVID-19 restrictions, but that didn’t stop her from impacting lives across the U.S. for the past year and beyond as she winds down her online ministry.

A member of the Lutheran Alliance for Faith, Science and Technology steering committee and of Hope Evangelical Lutheran Church in College Park, Maryland, Hakkarinen has faced her own challenges stemming from her diagnosis several years ago with a rare form of vasculitis. This spring she was invited to be part of a study at the National Institutes of Health on the coronavirus vaccine’s impact on patients like her.

The decision to work with scientists to help others was the culmination of a social media ministry begun in April 2020 that has helped others come to terms with the impact of COVID-19. Every day for one year via the ELCA Group Facebook page Hakkarinen posted a story of someone who survived COVID-19 and another person who died. She helped to not only humanize the pandemic, but also provided an avenue for members of the Facebook group to both collectively mourn and celebrate life.

Her last posts on April 29, 2021 were no less poignant. Hakkarinen said for her last two stories of those who succumbed to the virus, she chose to feature a 26-year-old woman who died on Hakkarinen’s birthday and a story of a 73-year-old man who died on Thanksgiving Eve. The man’s wife and two friends also tested positive, but survived. In fact, in other instances, some of her most heart-wrenching posts were about married couples who were diagnosed with the virus together, and one spouse was left behind to mourn when the other died.

She decided early on to also feature COVID-19 survivors. Each post, whether for someone who had died or someone who survived, began with the same Bible verse:  “Rejoice with those who rejoice, weep with those who weep.” (Romans 12:15). For the last two stories of survivors, she chose a 58-year-old man who made it home after a 95-day stay at the hospital — and, garnering even more commentary, a 99-year-old Pearl Harbor survivor who spent a month in isolation at home with his granddaughter and her family (who also had the virus). Hakkarinen also posted a link to a story about his granddaughter setting up an Instagram account for her grandfather simply called “Quarantine Chats with Gramps.”

In managing to capture both the toll of the pandemic and the inspiring stories of survivors, Hakkarinen has connected with so many. She recalled a parent in mourning after their child died by suicide.  The story highlighted the often-ignored toll the pandemic has had on the mental health and wellness of young people, hospital workers, caregivers, and others. It prompted Hakkarinen to post an article from a researcher describing mental health issues as being part of the 4th wave of the pandemic. She also shared the help line numbers for the American Foundation for Suicide Prevention and the National Alliance for Mental Illness.

Hakkarinen announced the end of her daily posts with the memorable Ecclesiastes verse: “For everything there is a season and a time for every matter under heaven.” The outpouring from the members of the ELCA Facebook group was instantaneous, and she has collected many of the comments from it, as well as previous posts over the past year. “Thank you for your efforts,” wrote one Facebook group member. “We too easily get numbed by the numbers: almost 600,000 people dead, and millions infected who survived but suffered gravely. You were able to put faces on about 700 of these Covid victims this past year!” Another wrote: “Thank you for sharing so many stories for us. It has to take a toll. God be with you.”

While the impact she has had with these posts will likely continue among the family members of those she has profiled, Hakkarinen said that there are stories that will also stay with her of valiant battles of those who did not survive after weeks in the ICU. She also recalls several stories of young children who became severely ill very quickly, and died before medical staff were able to provide any supportive care.

She thanked those who read her stories and took the time to reflect upon those lives impacted by COVID-19. As she started her posts with a verse, she ended her farewell post with a passage from Romans: “If we live, we live to the Lord, and if we die, we die to the Lord; so then, whether we live or whether we die, we are the Lord’s.” (Romans 14:8)