Extraterrestrials and religion: an old question still looking for answers 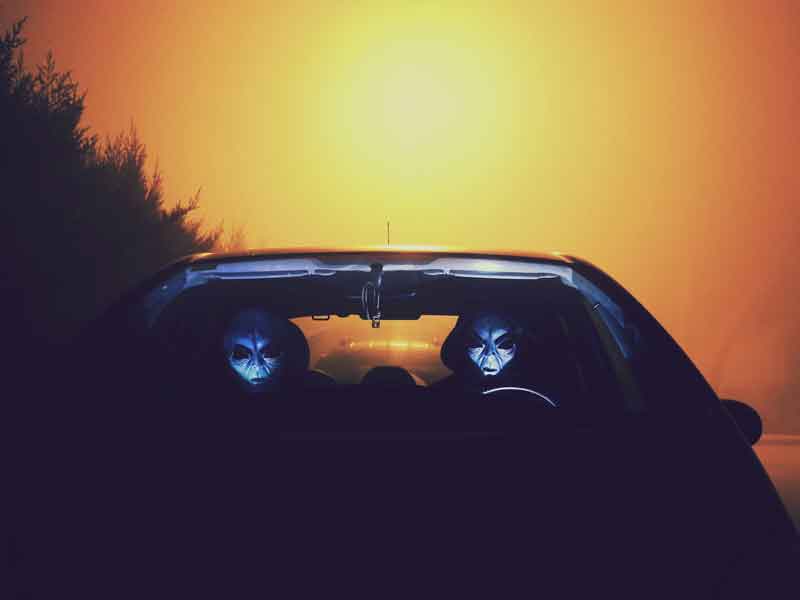 One of the oldest topics in religion-science discussions is the possible existence of intelligent extraterrestrials (ETs). Could God have created other intelligent biological entities (I’m leaving out angels here), and do they actually exist?  If so, are they in need of salvation?  How could the life, death and resurrection of Jesus on earth have any effect on them?

I’m sure that some will be surprised at being told that this is an ancient topic. When we hear about ETs we think of contemporary things like the search for extraterrestrial intelligence (SETI) by means of radio astronomy, use of the Drake equation to estimate the number of advanced technical civilizations in our galaxy, or current discovery of exoplanets. Maybe we’d go back to claims about life on Mars in the early part of the twentieth century, but not much before that.

However, discussions about the possibility of ETs go back to antiquity, and when Christianity came on the scene some of its theologians had things to say about it. That was entirely speculative until the seventeenth century. But Copernicus’ idea about the sun as the center of our planetary system then made it plausible that stars were suns that might have planets of their own. In addition, the telescope allowed people to see the other planets in our system as physical bodies and not mere points of light, so it made sense to think of creatures living on them.

Religious implications of “life on other worlds” have been a popular topic during the past few centuries.1Michael J. Crowe, The Extraterrestrial Life Debate, 1750-1900 (MIneola NY, Dover, 1999), is a detailed history of the period in the title. A wide variety of views has been expressed. Some have claimed that the likelihood of such life makes Christianity obsolete, while others have argued that it is just what Christians should expect. During part of this period the rationalism of the Enlightenment tended to produce religious views that did not represent Christianity at its best.

It will, I hope, be helpful simply to set out here theological issues that need to be addressed. Could there be ETs?  Some Christians don’t want to consider the possibility that God has created such beings. Several years ago a conservative paper said that God hasn’t, and when I wrote to ask for biblical texts supporting that view I got a rather snippy answer. But the existence of ETs would actually raise no problems for the doctrine of creation. The absence of any scriptural reference to them just means that the cultures in which the Bible was written knew nothing of them.

More challenging questions arise when we consider the topics of sin, salvation and the role of Christ. Assuming that ETs had somehow been made aware of God’s will for them (and wanting that we have nothing further to discuss), have they lived in accord with that will or departed from it. Have they remained in a “state of integrity” or have they sinned and are in need of salvation?

What we know about the evolution of our own species makes it very unlikely that there ever was a sinless state of integrity at the beginning of our history.4George L. Murphy, Models of Atonement: Speaking about Salvation in a Scientific World (Minneapolis MN, Lutheran University Press, 2013). Natural selection would have produced creatures with tendencies for a certain amount of deceit, violence and sexual promiscuity because those are behaviors that can aid in preserving and propagating one’s genes. In fact, passing on those genes, rather than obeying and trusting God, is favored by the evolutionary process. This means that the first hominids who were given some awareness of God and God’s will would have had strong tendencies to act counter to that will. They were not hardwired for sin but it would have been very difficult for them to avoid it. Sin was, to use Reinhold Niebuhr’s distinction, not “necessary” but “inevitable.”

Of course we can’t simply assume that the experience of ETs would have been just like ours, but evolution on their worlds would have worked in the same general way that it does here. And while God’s will for them would be adapted to their own circumstances, it seems likely that it would have included trusting God and treating their fellows well. That means that sin would also have been inevitable for them. Robert John Russell has even argued that this can be counted as a prediction by the kind of theological approach used here, that any ETs we encounter will to some extent be sinful.5Robert John Russell. Cosmology From Alpha to Omega: The creative mutual interaction of theology and science (Fortress, Minneapolis, 2008), p.18.

How then might God deal with that?  We confess in the Nicene Creed that it was “for us and for our salvation” that the Son of God became incarnate on earth. Could it also have been “for ETs and for their salvation”?

To many people, the idea that something that happened on earth could have cosmic significance as the means of salvation for creatures on distant planets has seemed absurd. Nearly two hundred years ago, in their post-presidential correspondence, John Adams advised Thomas Jefferson against the appointment of European professors for the University of Virginia. “They all believe,” he said, “that great Principle which has produced this boundless universe, Newton’s universe and Herschell’s [sic] universe, came down to this little ball, to be spit upon by Jews. And until this awful blasphemy is got rid of, there will never be any liberal science in the world.”6Quoted in Crowe, The Extraterrestrial Life Debate, p.116.

Adams is objecting here, like many Enlightenment thinkers, to the “scandal of particularity” of Christianity: the idea that God’s self-revelation and saving work should take place at one time and place, as historical event, instead of being a general truth that is accessible to all investigators, as are the data of the natural sciences. This idea that God can be known from our observation of the world is the common practice of those whom Luther called theologians of glory who, he said, do not deserve to be called theologians. A corollary of that view is that God is to be found in what is pleasing to us, not where abuse and suffering — at human hands — is found.

This is a popular view which serious Christian thought has always had to resist. It seems to many that it would be much fairer for God to be known through the religious experience of people in different regions of the earth than for them to have to hear a message about something that happened in Palestine around A.D. 30. What we need to note here is that nothing is really changed in the argument if it is applied to ETs a hundred light years away.

Biblical passages such as Ephesians 1:10 and Colossians 1:15-20, with their emphases on “all things”, certainly point to a cosmic significance of Christ. When we come to the question of how Christ might be of importance for ETs, however, I think we should be clear that we really don’t know. We can suggest some possibilities for those who wonder about these questions, but they are only “maybes.”7Cf. Murphy, Models of Atonement, pp.123-129, for further discussion and references for the following material.

We cannot rule out the possibility that God has other ways of making Christ and his work available to species on other planets. On the basis of texts like John 1:1-18 and Colossians 1:15-20, the Christian tradition has held that the Son of God existed from all eternity as the “unfleshed Word” before assuming human nature as Jesus on earth. Perhaps ETs were made aware of, and able to participate in, this Word, as some of the church fathers suggested was the case for “virtuous pagans” on earth. The trouble with this is that it leads to an all too common idea of Christ without the cross. But Luther’s proposal that Christ’s risen humanity shares in divine omnipresence (“the right hand of God is everywhere”) might be relevant here. The possibility of multiple incarnations could also be considered.

So if and when we encounter ETs we should not simply assume that they are “heathen” who need to hear the gospel. We should listen respectfully to what they say and observe their behavior carefully before we come to any conclusion about their religious beliefs – their “ultimate concerns”. Our theology may be enriched by these encounters. But it is possible that the church on earth is called to a cosmic mission. We may have already been carrying one out!  If the aliens in the movie Contact could pick up a transmission of Adolf Hitler from the Berlin Olympics, who is to say that real aliens couldn’t have heard the gospel from a Billy Graham crusade or The Lutheran Hour?