Earth on the Moon? 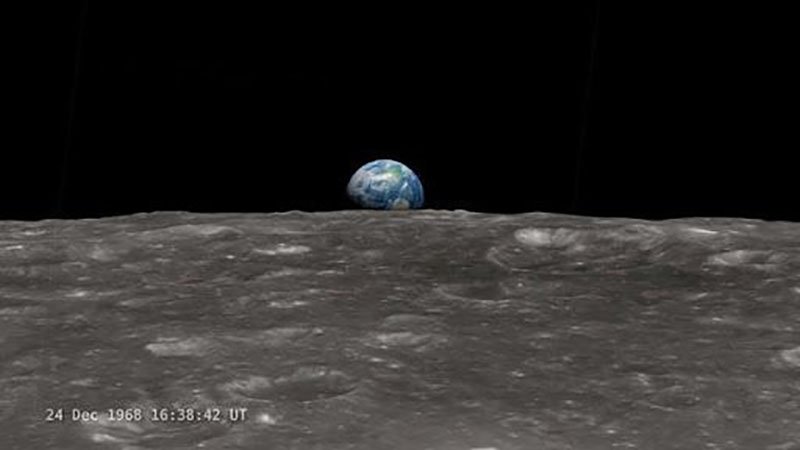 Karl EvansKarl Evans is a geologist, now retired from the U.S. Geological Survey in Denver, Colorado. His field studies have concentrated on the geology of central Idaho, with occasional research forays into New Mexico and Colorado. He also has laboratory experience in U-Pb geochronology, a method which uses the mineral zircon to determine the age of the host rock. He is pleased to support the alumni associations of Franklin & Marshall College (A.B.), the University of Southern California (M.S.), and Pennsylvania State University (Ph.D.). As a member of Bethany Lutheran Church in Cherry Hills Village, Colorado, Karl has taught adult-learning classes on the dialogue between science and Christian faith, where his fellow parishioners seem to revel in asking questions completely outside the field of geology.
Share
Tweet
Share
Pin

Imagine risking your life traveling to the Moon, landing and collecting rare rock samples, and repeating the trip back to Earth — only to discover years later that you brought back a chunk of your home planet!

Recent research on lunar samples brought back from the Moon by Apollo 14 astronauts in 1971 indicates that this is indeed what happened.

The samples formed when blasted from Mare Imbrium (a vast lava plain within the Imbrium Basin on the Moon) by a massive impact. The ejected fragments coalesced to form a breccia — a rock composed of angular fragments. One of those fragments is felsic (think “granite”), an unusual rock type for the Moon.

Detailed study using modern analytical techniques indicate that it is about 4 billion years old, and has chemical and isotopic characteristics that are common on Earth but difficult if not impossible to duplicate on the Moon.

It seems then that the best explanation is this.  A granitic fragment formed as a molten (igneous) rock on Earth at least 4 billion years ago, but then was blasted into space when an asteroid or meteor slammed into the Earth.

The fragment landed on the surface of the Moon where later another impact formed Mare Imbrium and sent the fragment flying off to yet another part of the lunar surface; there, of course, the astronauts found it and (unknowingly!) returned it to its source, planet Earth.  [Source:  Bellucci and others, 2019, Terrestrial-like zircon in a clast from an Apollo 14 breccia:  Earth and Planetary Science Letters, v. 510, p. 173-185.]