Covalence for November/December 2021: Exploring the question of extra-terrestrial intelligence 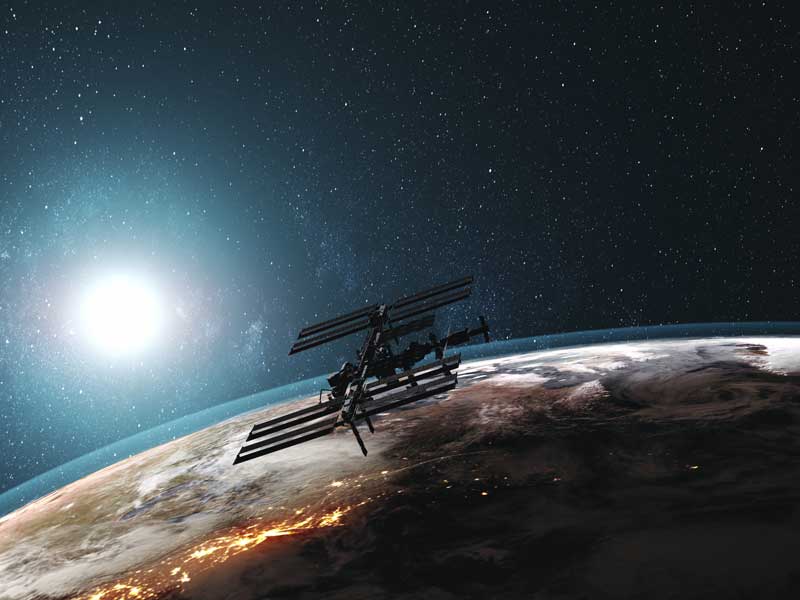 International Space Station in orbit. Image by goinyk with elements provided by NASA.

The question of E.T. has been explored at length on numerous documentaries and television series in recent decades, but increasingly the question of ‘other-worldly’ intelligence has come up in faith and science discussions.

Most recently, astrobiologist David Grinspoon explored this topic on a webinar held by the Center for Advanced Study in Religion and Science. Could it be that humanity and E.T. are like two starships passing in the cosmos never to cross paths due to the immensity of time and the universe?

In this issue, retired astrophysicist Arnold Rot explores this topic at length. He brings up the question of the length of time which highly intelligent societies can survive. It isn’t simply a matter of whether such beings such as ours are merely hitting the self-destruct button, but it is also a matter of evolution.

“Evolution continues and does not stop after the emergence of Homo sapiens. Pandemics occur, as we are painfully aware,” he writes.

And yes, it does remind us that a pandemic is still happening. And after all these months, there seems to be a shifting narrative that conflict between faith and science isn’t the root cause of vaccine hesitancy. I explore the statistics in my commentary this month, which show that faith can also play a role in supporting good public health initiatives.

If you are curious of what the ELCA is saying in regard to public health, it is well worth exploring the section dedicated to this topic on the church’s web page.

Lastly, as we close out 2021, we wish to thank you for your readership. As we have seen a jump in readership over the past year, it is proof positive there is much more ground to cover at the intersection of faith and science.