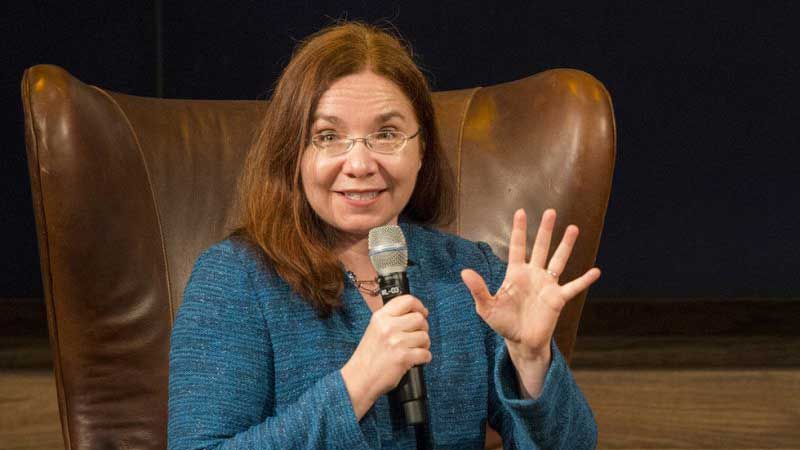 The American Association for the Advancement of Science’s Dialogue on Science, Ethics and Religion is hosting its annual holiday lecture on December 17 with the theme of addressing climate crisis.

Well-known public leader in climate science Katharine Hayhoe will be speaking at the AAAS offices at 1200 New York Ave., NW in Washington along from 5:30 p.m. to 7:15 p.m. at the free public lecture. Organizers plan for a discussion on climate change, environmental stewardship and to look at ways in which faith communities and scientists are working together to solve one of today’s most pressing issues.

Hayhoe has been outspoken on the issue of climate change and last April spoke at the Goshen College Religion and Science Conference in Indiana. She told attendees of global warming, “It’s real, it’s us, and yes we really have checked,” adding that many remain critical of the science behind climate change despite the facts and figures presented. She pointed to a website called Skeptical Science, which looks at the skeptics’ arguments against climate change and debunks them.

Hayhoe has worked with PBS digital studios to produce 35 videos on global warming that are free for use in church and school settings. She also worked on another resource on the science of climate change: the Fourth National Climate Assessment, which was released in two parts in 2017 and 2018 and found climate change was already taking an growing toll on the U.S. environment, health and economy.

Responding to Hayhoe is The Rt. Rev. Dr. Katharine Jefferts Schori, XXVI Presiding Bishop of The Episcopal Church. Schori, a former oceanographer, has publicly made the case against climate change denial for a number of years.