Clergy embracing science – and making the world a safer, greener and better-informed place 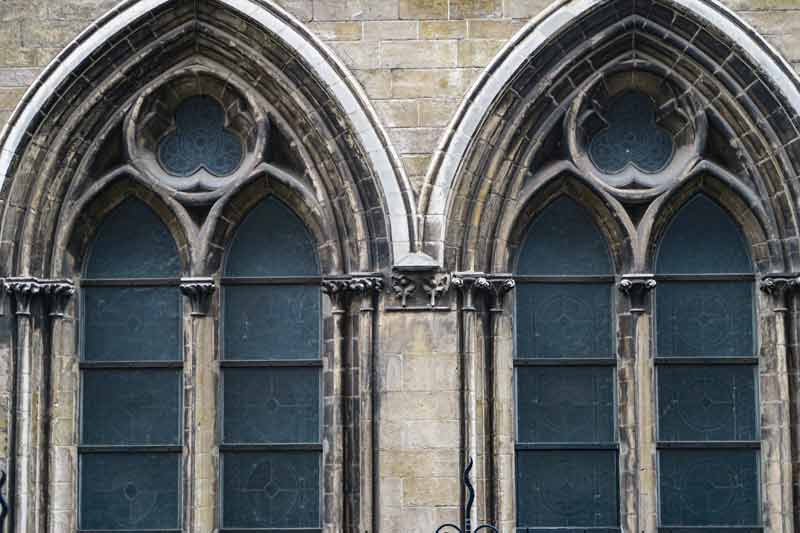 Photo by Denise Jans via Unsplah

Michael ZimmermanMichael Zimmerman is the founder and executive director of The Clergy Letter Project, an organization designed to demonstrate that religious leaders are fully comfortable with both their faith and science, earned a Ph.D. in biology from Washington University in St. Louis. He has worked as a biology professor and senior academic administrator at a number of institutions of higher education in the United States.
Share
Tweet
Share
Pin

There are a host of myths, misunderstandings and misrepresentations about the relationship between religion and science. Perhaps the most prevalent and the most pernicious is the one that posits the two are incompatible, that they are, in fact, at war with one another.

The reality of the situation, however, is far more nuanced and interesting than many would have us believe. The single issue that that most often brings religion into conflict with science is the theory of evolution. Because some see evolution as a frontal assault on Biblical inerrancy, it is a theory that is ridiculed and attacked relentlessly. But because evolutionary theory is the centerpiece of biology (indeed, the great biologist Theodosius Dobzhansky said in 1973 that “Nothing in biology makes sense except in the light of evolution”), scientists are resolute in their willingness to push back against those who denigrate this important concept.

This conflict does damage to both religion and science. The harm to religion arises from at least two factors.  First, many people who have at least a rudimentary understanding of science are put off by the anti-intellectual position of religious leaders demanding that evolutionary theory be rejected.  Second, even though it is only a subset of all religious denominations that promote this belief, all religion is tarred by this brush and is broadly perceived as intellectually intolerant and anti-modern. Together these factors lead to fewer people embracing religion and understanding its potential power.

Similarly, the harm to science also arises from at least two factors. First, the denigration of evolution, something so central to science, leads to a refutation of expertise and the belief that science itself is based on opinion rather than data. Second, the animus towards evolutionary theory has dramatically altered the way science is taught. The problem goes far beyond the discipline of biology and shapes the understanding students have of the scientific method itself. When faith, opinion and facts are considered to be equal it becomes impossible to differentiate scientific ideas from non-scientific ideas and society quickly loses much that the Enlightenment has brought us.

It doesn’t have to be this way. Indeed, I created The Clergy Letter Project in 2005 to demonstrate how religion and science are compatible and how, working together, they can make the world a better place.

Because the main attacks on the theory of evolution were coming from Christian fundamentalists, The Clergy Letter Project began with a heartfelt, two-paragraph letter from Christian clergy members designed to demonstrate that these religious leaders were fully supportive of evolution being taught in public school classrooms and laboratories.  As signatures from clergy all across the country began flooding in, three things happened:

From the outset, clergy members wanted to do more than simply adding their signature to a letter, however. At the outset, many decided to devote one Sunday, the Sunday closest to the anniversary of the birth of Charles Darwin (14 February 1809), to celebrate the positive relationship possible between religion and science; 12 February 2006 thus became the first Evolution Sunday. Soon thereafter Evolution Sunday grew into Evolution Weekend as members of religions that worshiped on days other than Sunday wanted to participate. In the ensuing years, congregations from 18 countries have participated and have reached more than one million parishioners directly with many millions more learning about the events via news reports.

Clergy members who have celebrated Evolution Weekend with their congregations report that those events have resonated very well with parishioners and have helped bring some individuals back into the fold with attendance on Evolution Weekend being among the largest of the year. A clergy member from Maryland noted, ‘‘One woman came up to us afterwards and said, with tears in her eyes, that she’d been waiting 50 years to hear this message from her church.’’  clergy member from Ohio reported that a parishioner enthused that “It’s great to belong to a church where we are encouraged to think.’’

Over the years, the efforts of The Clergy Letter Project have gained the support of denominations as well as of individual congregations. The United Methodist Church, the Presbyterian Church (USA), the Society for Humanistic Judaism, The Humanist Society, and the Interfaith Solidarity Network have all offered their endorsements. Similarly, the Southwestern Washington Synod of the ELCA and the Southeast Florida Diocese of the Episcopal Church have endorsed The Clergy Letter Project.

Even though The Clergy Letter Project was founded with a focus on the theory of evolution, members saw numerous additional ways in which religion and science came to similar conclusions — and they wanted to bring those ideas to the broader public. A couple of examples will make my point. This desire led the organization to formally endorse the March for Science and the People’s Climate March and since members believe that religion and science both talk about the unity of the human race they thought it was important to speak out on issues of racial justice.

The way clergy are dealing with two current crises, global warming and the Covid-19 pandemic, deserve a bit of additional attention. Members recognize the theological as well as the scientific importance of caring for the natural world and they understand the existential threat posed by anthropogenic climate change. A team of clergy and scientists recently came together to craft a powerful statement calling for immediate action to protect our planet and the poorest among us. This manifesto became known as The Climate Crisis Letter and it has already garnered over 860 clergy signatures from 13 countries.

When it comes to making life and death decisions about Covid-19, Clergy Letter Project members have comfortably and completely looked to scientists for guidance. When, back in May, there was great pressure for congregations to fully open, clergy knew better. The opening sentence in an essay I wrote at the time explained the situation:  “Houses of worship will be back. Churches, synagogues and mosques will reopen — but they will do so when it is safe — not when they are pressed to do so for partisan political benefit.”

It is important to point out that, as with the fundamentalist attacks on evolution, this position was not universally held by religious leaders. In the piece just referenced I wrote, “Yes, there are some religious leaders who have a different perspective, who believe their faith protects them from the virus. Unfortunately, we are increasingly seeing that some of these very same religious leaders, along with their parishioners, are falling ill and dying.”

I went on to make two additional points:  “It is important to recognize that this small but vocal minority does not represent the vast majority of the religious community. That majority has a different perspective, one that embraces life, demonstrates empathy and compassion, understands the value of science, and treasures the community arising from close friends.

“These religious leaders are taking the steps necessary to keep people safe, to find ways to feed souls and stomachs during a challenging time, and to remain above the needless and damaging politicization of religion.”

Now, months later, as political pressure is being applied for schools to open, I conducted a survey of Clergy Letter Project members to see what they and their congregations were experiencing.  The results were striking and again reaffirmed the respect that clergy have for scientific advice.

A couple of points stand out:

In an essay I wrote sharing these results, I compared the behaviors and language of religious leaders to academic leaders. Religious leaders more commonly referenced science as a factor in their decision-making than did academic leaders. Even more striking, the former seemed far more concerned about the health and well-being of the members of their communities than did the latter.

Since congregations that have opened or those that have defied state orders and never closed have so often been the cause of serious outbreaks of Covid-19, the large number of congregations that are paying attention to the advice of epidemiologists are protecting the health of the broader community as well as that of their local members.

It is important to note that there are many organizations in addition to The Clergy Letter Project that have taken equally strong positions with respect to climate change and that are acting in scientifically responsible manners in response to the pandemic. Unfortunately, those religious leaders who are acting irresponsibly garner far more media attention and thus the public is often misled into believing that there is widespread animus toward science from the religious community.

It is also important to note that clergy members who embrace science along with their faith have very little else in common. The thousands of clergy who comprise The Clergy Letter Project span the full breadth of the political spectrum. They are men and women representing a broad array of races and ethnicities and a wide range of ages.  They come from all corners of the globe and work in tiny parishes as well as some of our largest cathedrals. The one thing they have in common is that they understand they have nothing to fear, and much to learn, from science.

You can help put to rest the myth that religion and science must be in conflict by sharing news about the work so many clergy are doing. And, if you’re a member of the clergy, you can join the efforts of Clergy Letter Project members by signing one of our Clergy Letters as well as our Climate Crisis Letter. If you’re not a clergy member, you can encourage those who are to sign on. Whether you want to add your signature or not, simply drop me a note (mz@theclergyletterproject.org) and I’ll add you to our mailing list so you can receive our monthly newsletter.