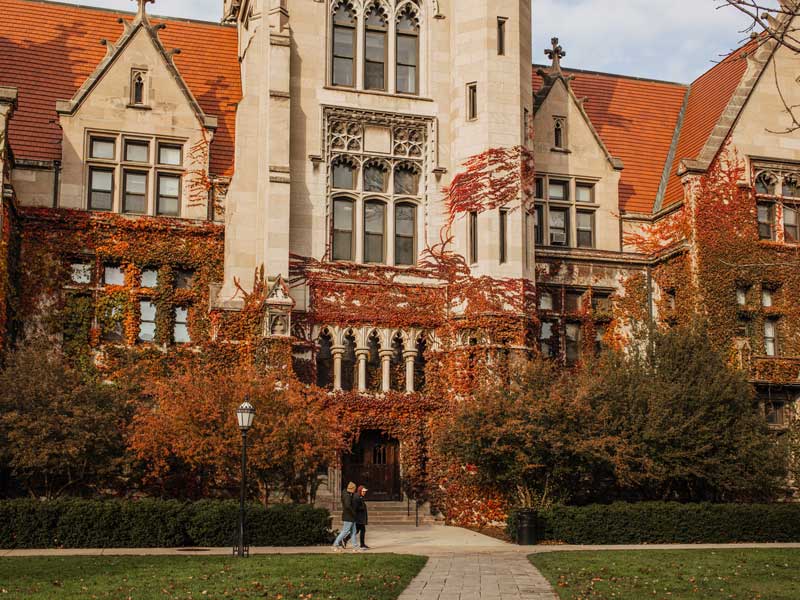 Christians are people of a shared word, and I would guess if you asked a person randomly on the street what that word is they may say “the Bible,” or maybe “Church.” For some today another word may come to mind, and that is “‘No.”

That is the impression when one throws the words faith and science into the same sentence. No, those ideas cannot be joined by an “and.” No, that can’t be done. No, that shouldn’t be done. Or, No God wouldn’t allow humanity to do THAT!

Perhaps people of faith are getting a bad rap these days with so much political discourse being caught up in what some would say to be a small-minded theology. In future editions of Covalence we hope to review a number of ELCA social statements on key ‘hot-button’ topics related to faith and science including creation care and abortion.

But for now, I would like to dive into the “no” word and a historical viewpoint of how faith and science can and should relate.

It begins in a very particular place — Hyde Park in Chicago. Before its most famous resident Barack Obama rose to the presidency, and well before I was even born frankly, there was something new emerging from the ‘mash-up’ religious teaching institutions (the most outside of the Vatican it is said) and the world class campus of the University of Chicago.

I will just say that in my humble opinion, the conversations had in Hyde Park had their own unique flavor. Perhaps it was because in the 1940’s the University of Chicago was the place of the first sustained nuclear reaction that in turn would give the world not only a new energy source and weapons of mass destruction.

It was the late 1960s and the Lutheran School of Theology was being built and little did the architects know it was destined to become the home of some of the most important theological work in the world in a short period of time.

Now as I understand it (and this is all second-hand of course) the Unitarian Universalist Seminary — Meadville Lombard Theological School — welcomed Ralph Wendall Burhoe to its faculty in 1965. He was a largely self-taught scholar who was interested in bringing faith, technology and science together with an eye on changing the theological discourse as it had been up to that point.

That next year, Burhoe read an article from a theologian teaching at a Lutheran seminary in Gettysburg. He then asked this professor, Dr. Philip Hefner, if he could include the article in the Zygon Journal. In 1967, Hefner moved to Hyde Park, where Burhoe was teaching at the Unitarian seminary. That began a long and beautiful friendship, Hefner recalled recently.

A systematics professor at the Lutheran School of Chicago, Hefner was to expand on Burhoe’s vision in creating what was to become the Zygon Center for Religion and Science. Hefner also became the editor of the Zygon Journal in 1988 after many years of contributing to the academic publication.

But all of this is the backstory really because my theory is that if either Hefner or Burhoe had heard the word “NO,” they obviously chose not to accept it. Whether it was from scientists unsure of whether to participate in broad discussions or others that may have been skeptical about what they were trying to achieve. And that very important ‘Yes’ fueled the work and respect each fostered with scientists who were active at the University of Chicago and elsewhere. To be clear this was somewhat controversial in a neighborhood that historically was split between those who were religious and those who maintained an atheistic world view as part of the faculty at the University of Chicago.

The only place where the faith and science could comfortably cross paths was within the spaces originally created by Burhoe and Hefner whether it was the via the Zygon Center, Zygon Journal or at gatherings on Star Island for the Institute for Religion in an Age of Science that would be supported by CASIRAS — the brainchild of Burhoe that I consider myself fortunate to be a part of.

These organizations still exist today, but perhaps what has changed to an even greater degree is the public’s imagination that the church’s answer to any technological discovery or emerging scientific discipline is a firm “NO.”

“Yes/and’”is not an easy answer. But it is always well worth considering. The scholars who are carrying on the work at these organizations remain dedicated to carrying the “Hyde Park” mantle. The question remains, however, whether their work will gain the recognition in society that it deserves. As “No” still dominates much of the collective imagination when it comes to faith and science.

Researchers claim link between the power of prayer and theistic accountability
The Cosmology of Psalm 8: A theological approach
Los Alamos summer series kicks off
The fall in evolutionary history
Hinman named director for AAAS DoSER program