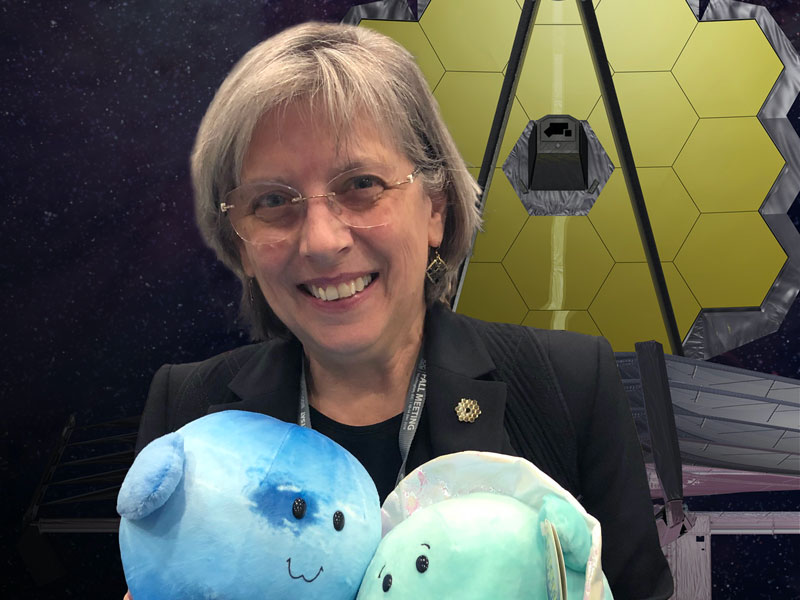 The Center for Advanced Study in Religion and Science will be hosting a free webinar on December 1, 5:00pm – 6:30pm CST looking at NASA’s next observatory, the James Webb Space Telescope.

The speaker is Dr. Heidi B. Hammel, who is currently the vice president for science at AURA, a consortium that operates large astronomical observatories, including the Hubble Space Telescope, Gemini Observatory and others. Hammel is also an interdisciplinary scientist for NASA’s James Webb Space Telescope and she said she plans to use her guaranteed observing time to study a diverse array of Solar System targets including the outer planets.

In the webinar, Will the James Webb Space Telescope See God?, she will describe what and how Webb will “see” the cosmos. The title of the CASIRAS webinar stems from question asked of Hammel in a recent interview with a major broadcast network. She has been recognized for both her science and her work in public outreach, including the Sagan Medal and the San Francisco Exploratorium’s Public Understanding of Science Award. Last year she received the American Astronomical Society’s Masursky Award for outstanding service to planetary science and exploration.  Asteroid “1981 EC20” was renamed 3530 Hammel in her honor.

Those interested in attending are to register here in advance.

Goshen to host virtual conference on epigenetics
Hefner revisits the role of created co-creator in a new age of faith, science and technology
New exhibit/book offers an illustrated history of religion and science in the U.S.
American Scientific Affiliation welcomes executive director
Do Christians want to live forever? New study has the answer