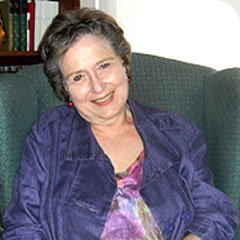 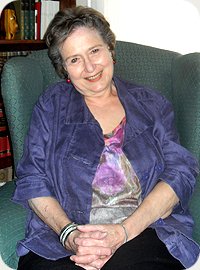 Carol Rausch Albright may have been born at the wrong time and over the years may have felt she was living in the wrong place, but as it turned out she has usually been at the right place at the right time. This has been the theme of her life as a religion and science scholar and a lifelong Lutheran.

Many of Albright’s ideas seem to be ahead of their time, and even in her 70s she is still working on developing more theories of how the world works and why.

“A large share of neuroscientific research is very materialistic and reductionistic, and these theorists are usually atheists,” Albright says. “I wanted to explore neuroscience in such a way as to show that what we have learned from this research in no way rules out the possibility of God’s action and genuine religious experience, and to suggest ways in which these can be understood without violating either science or religion.”

All told, Albright, who is not a scientist or a theologian, has enthusiastically witnessed the growing acceptance of religion and science as an area of study. She has worked mentoring students in the arena and plans to continue to support scholarly research and writing as well as continuing her own journey of learning. Her lively Hyde Park neighborhood that is home to both the Lutheran School of Theology and four other seminaries located around the University of Chicago campus.

Early on, she learned the power of science and medicine for good or ill. As a child she saw her best friend and her grandfather die as a result of misdiagnoses. In her own case, however, her mother suspected that a “sore throat” was something worse, ignored initial medical advice, and consulted doctors at the University of Chicago Hospitals, who diagnosed dangerous rheumatic fever. Months of strict bed rest led to a complete cure. In recovery, she passed the time by reading and ended up jumping ahead at school. But inactivity should have been followed by physical therapy; since it was not, she permanently lost some coordination.

Albright believes that her early grasp of reading and lack of coordination was due to the fact that one’s brain will make use of unused parts. She coped with this as she tended to do the rest of her life — by learning and trying to understand from the experience.

Meanwhile a key part of her education involved religion. Her paternal grandfather, who died tragically from appendicitis, was the president of Wartburg seminary. Her mother’s father was also a pastor. Albright’s parents met at the Lutheran Student Association at the University of Chicago and were married on campus.

Albright’s father worked as a Chicago park director, then director of Lutheran homes for children in rural Andover, Illinois, and Joliet, Illinois. At Augustana College, Albright would find many new interests including neuroscience, which was not part of a career path practical for women in the 1950s. A passionate interest in theology and philosophy also met closed doors. A teenaged member of Phi Beta Kappa, she pursued work acceptable then for women and moved to St. Louis to study social work.

It was there she would have her first real thoughts about what it was she was called to do. She happened upon a Lutheran church in the area that was being run by two seminarians — Phil Hefner and William Lesher. Lesher would become president of the Lutheran School of Theology in Chicago, while Hefner would become a leading religion and science theologian.

She made a religious commitment and decided upon campus ministry, taking charge of the program at Oregon State University, and attending seminary during the summer she met her first husband. He became an engineer at the Livermore Lab that was set up at the height of the Cold War to meet the urgent national security needs by advancing nuclear weapons, science and technology. Despite her husband’s work being top secret, her life of faith was forever intertwined with a natural inclination to embrace the wonder of science.

As the family grew to include two sons, there was a move back to the Chicago area, where as the boys became older she began to take on more work as an editor at World Book encyclopedia. Albright wrote encyclopedia articles on science for five years and a newsletter for physicians for ten years, building on her science and medicine knowledge along the way. She also edited college textbooks, especially in psychology and business. Savvy in publishing led to work advising theological faculties on how to get their work finished and into print.

“Every job I’ve gotten, I’ve gotten through a Lutheran network,” says Albright. Besides being fortunate to stay in touch with many people she has met via campus ministry and in her work, she has had a sense of calling, which is seemingly the backdrop of what some would see as random coincidences in her work that would come to have a significant impact on the religion and science dialogue.

Much of her early editing and writing work took place during her husband’s extended illness and later on as a single parent. Albright’s interests in both religion and science came together in work beginning in 1988 as executive editor of Zygon: Journal of Religion & Science, where she eventually became reacquainted with Hefner, who looked to her to assist in organizing the monthly issues of the journal as it was gaining prestige.

Hefner came to Carol when he felt the need to write a book. He handed Albright a huge file folder of papers — the work that would become Hefner’s best-known book, The Human Factor, which details his concept of human beings as “created co-creators.” It took some time and much reading, but eventually Albright saw how it fit together and three days later, Hefner had an outline.

In the middle of all of this, she found another kindred spirit in religion and science and married physicist John R. Albright, a physicist active in the science-and-religion dialogue. Together, the Albrights coordinated programs for the John Templeton Foundation and the Center for Theology and the Natural Sciences. They have attended dozens of conferences, heard a great many lectures and delivered a few, and became well acquainted within the community of scholars. In fact, Carol organized a good many of these conferences herself.

By this time her son’s were educated, permitting her time to write some books of her own and stake her claim to a section of the religion and science dialogue. The book, Beginning with the End: God, Science and Wolfhart Pannenberg, was edited with Joel Haugen, and was the first of Albright’s successful books. Perhaps her most well known and referenced is The Humanizing Brain, which was written in conjunction with James Ashbrook in 1997. It has become required reading in courses at a variety of colleges and universities, including Columbia University, The University of Vermont, St. Louis University, and Ouchita Baptist University. The University of Santa Clara offers a course “Religion and Modernity,” covering Descartes, Nietzsche, Freud, Jung, and Ashbrook & Albright. A similar course has been taught at Georgetown University.

Her most recent book came out in 2002. Growing in the Image of God analyzes spiritual growth in light of neuroscience and complexity studies. Several book chapters have also pursued this theme. Her focus on neuroscience has led many to relegate Albright to the neurotheology camp, but her views are much more complex than what that term describes.

“I think that increased understanding of the brain’s functions supports better understanding of what is going on during the highly varied religious experiences of human beings,” Albright says. Religious experience alone draws on many different brain functions. Those who meditate, for example, access brain functions that go beyond ordinary human consciousness. Rituals activate still other parts of the brain, which are evolutionarily quite old and take place below the level of language, according to Albright. She objects to the “God spot” idea that is said to be in the left temporal lobe that is often activated during epileptic seizures. This is because only a small percentage of epileptics report something resembling religious experiences. Equating such experience with all aspects of religion demonstrates scientists’ naiveté about religious practice, she says.

She believes that the word ‘neuro’ does not provide a theology. “What we basically think about the nature of reality has an important influence on our interpretations both of neurological findings and of their significance for the understanding of the person,” Albright finds. “This includes interpretations of religious experience.”

John and Carol Albright continue to attend conferences and hold monthly gatherings at their home in Chicago, where scholars from around the world meet to discuss their findings in the area of religion and science. She has also served on several boards dealing with religion and science and is a past president of the Midwest Chapter of the American Theological Society. In addition to articles for the Zygon Journal, Carol’s most recent writing was this past January, where she authored a review of Don Browning’s book, Reviving Christian Humanism: The New Conversation on Spirituality, Theology, and Psychology, in an issue of the American Journal of Theology & Philosophy. Browning, who died last year, was a member of the University of Chicago Divinity School faculty and active in supporting the Zygon Center for Religion and Science housed at the Lutheran School of Theology at Chicago.

Currently, Albright is working on a topic that could easily lend itself to a conference. She is looking at ontology, or the philosophical study of the nature of being, existence or reality. She says that the twentieth century, in particular, has developed an ontology of “stuff”, a materialistic ontology, in which people just assume that only things that can be weighted or measured are real. But as society has surpassed the industrial revolution it now has to deal with data that cannot be easily quantified in the current information revolution.

Albright suspects that there is a big historical change going on with this idea of what is real. Quantum physics demonstrates that the basis of reality is interaction, not stuff, and leads to an ontology of interaction and emergence. Some of this debate is going on in neuroscience and specifically in what is called theory of mind, which describes the ability to attribute mental states to oneself and others and to understand that others have beliefs, desires and intentions that are different from one’s own. People view the neuron as what makes the person, but really it is the interaction, between, people and information that makes up reality, according to Albright.

Perhaps the same could be said for the interactions those aspiring to become scholars in religion and science have with Albright and her husband.

Susan Barreto is a journalist who has been following religion and science since 2003 with articles appearing in various newsletters and The Lutheran magazine. She is also a deputy editor of a monthly hedge fund magazine owned by Euromoney Institutional Investor. Susan is a long-time member of Luther Memorial Church in Chicago, where she lives with her husband and two sons.