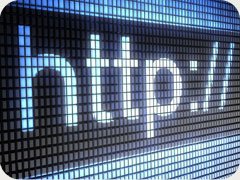 Several years ago, when I was on staff at an Episcopal parish in the Diocese of Ohio, I was asked by the bishop to serve on a task force to develop a study that he titled “The Incarnation and the Internet.” The document we produced was approved by the Annual Convention of the Diocese in 2002.1The document can be found at www.dohio.org by clicking on “Resources” and then searching for “incarnation and internet”.

This fifteen page document deals with a number of topics: the nature of the internet and cyberspace, benefits and dangers of the Internet and related media as they existed at the time, and most importantly, the implications of such media for our understanding of the Christian faith and, in particular, the church. What I want to do here is to present my own current thinking on the theological issues, which were the ones where most of my work was focused in the original study.

In the intervening eleven years other electronic media besides the “old fashioned” Internet have come into the picture: smart phones, Twitter, Facebook, and other social media, for example. If anything, these give added emphasis to the question with which we have to deal: to what extent can these media affect the basic nature of the Christian church?

The church certainly can make use of all these media in helpful ways. Information and ideas can be shared, and major aspects of theological education can take place online. Pastors can stay in touch with members of their congregations, and vice versa. Common interest groups can help to support people in their vocations; the ELCA clergy group on Facebook is one example. Church services can be streamed on the web, just as they could be broadcast on the radio in “the olden days.” Many more examples could be given.

And the argument could be made that, because these media make it possible to communicate the fundamental messages of law and gospel to people, they are sufficient for the work of the church. If that is the case, then the church can indeed exist and function in cyberspace.

In order to examine that argument theologically, though, we need to think carefully about the theological concept of the Word of God.

From the beginning of the Bible, with its resounding “Let there be” commands that call the world into existence, to its end, God’s Word is something that is active and has creative power. It does things. And in the prologue of the Gospel of John this Word is identified. It is the Word that “was in the beginning with God” and who “became flesh and lived among us.” The fundamental Christian meaning of the Word of God is Jesus Christ, the incarnate Word.

This is made clear in the ELCA’s Statement of Faith in its constitution.2The constitution can be found at http://www.elca.org/What-We-Believe/Statements-of-Belief/ELCA-Confession-of-Faith.aspx.2 There Jesus Christ is first said to be the Word of God incarnate. Then the proclamation of God’s message centering on Christ and the scriptures, which bear witness to Christ, is the Word of God.

So the Word of God became and is a participant in our material world. This in itself doesn’t mean that the Internet and other electronic media are of no use in expressing that Word. Even though those media produce a reality that is in some sense “virtual,” they are based on physical systems of atoms and electrons and electromagnetic fields. And, as I’ve noted, the Bible and sermons (the third and second “forms” of the Word of God) can be made available through them.

But just as God’s Word has embodied form in Jesus, the communication of that Word can be embodied as well as spoken or written. St. Augustine referred to baptism as a “visible word,” and Robert Jenson has treated the sacraments in general in that way.3For a deeper look at this, read Visible Words, Fortress, 1978. And here, I think, we come to a definite limitation on electronic media to fully express what the church is. Can we baptize people or celebrate the Lord’s Supper remotely? People have tried to have communion via television (“Take the cover off your little cup of grape juice and place it and your wafer in front of your set …”) but that is likely to seem unsatisfactory at best and laughable at worst. It just doesn’t work.

The concern here is not just with arcane questions about how far away from water, or bread and wine, the minister of the sacrament can be and still have a valid sacrament. Baptism and the Lord’s Supper are sacraments that are formative for the church (cf. I Corinthians 12:13 and 10:16-17) and are to be celebrated in the midst of the gathered Christian community. Scripture is to be read and sermons preached in that gathering. And the community is one of whole people, enfleshed people, not just hearing ears and thinking minds. The nature of the church is consistent with the nature of the one who is the head of the church, the incarnate Word of God.

The issues, it should be noted, date back before the Internet, to the development of radio and television. On the one hand what I’ve said could be seen simply as a criticism of ministries that try to function with little attention to the sacraments. On the other hand, we could see here a reason why such ministries seem to have made a more effective use of modern media than have churches with a strong sacramental emphasis.

Pointing out the limitations of modern media is not meant as a criticism of technology. The sacraments themselves have a technological aspect: the Lord’s Supper is not celebrated with wheat and grapes but with those “natural” products of the earth processed by human technology, bread and wine.

Our uses of technology are an expression of who we are as humans, and should be seen as gifts of God that enable us to fulfill our calling to care for God’s creation. (Conversely, like all God’s gifts, they also can be used in destructive ways.) Because of that the church cannot only use the Internet and other technologies but can recognize and celebrate them in appropriate ways.