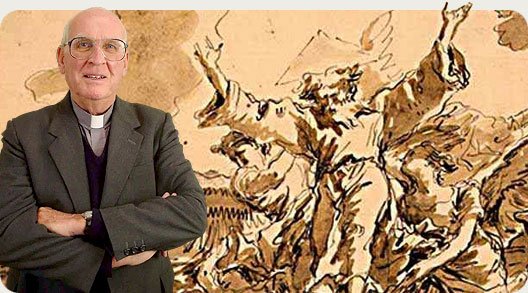 Well-known in faith and science circles for his advocacy for good science as well as a frequent critic of intelligent design, George Coyne was mourned for his various contributions upon his passing last month.

He is remembered for establishing Mount Graham Observatory and for being the former director of the Vatican Observatory. He was also a Jesuit priest, astronomer and author.

Coyne’s thought has been shaped by a lifetime of study and leadership in both science and theology, wrote Carol Albright in a profile piece of the astronomer in the December 2011 edition of Covalence.

Coyne was born in Baltimore in 1933, and joined the Jesuit order at age 18. Beginning then, he earned a bachelor’s degree in mathematics and a licentiate in philosophy at Fordham University, obtained a doctorate in astronomy from Georgetown University (1962) and completed theological work preparatory to ordination as a Roman Catholic priest (1965).

Coyne saw human beings as “Children of a Fertile Universe,” whose existence depends upon the interaction of “Chance, Destiny, and a Creator God.”

“His first words to me when I arrived at the observatory back in 1993 were simple: ‘do good science,’” Brother Guy Consolmagno, current director of the Vatican Observatory wrote. “He understood that without solid science at our foundation, all the other work of the observatory would be in vain.”

Before his death, Coyne was one of two living men to have had an asteroid named for him. The other is Consolmagno.