April – between memory and hope 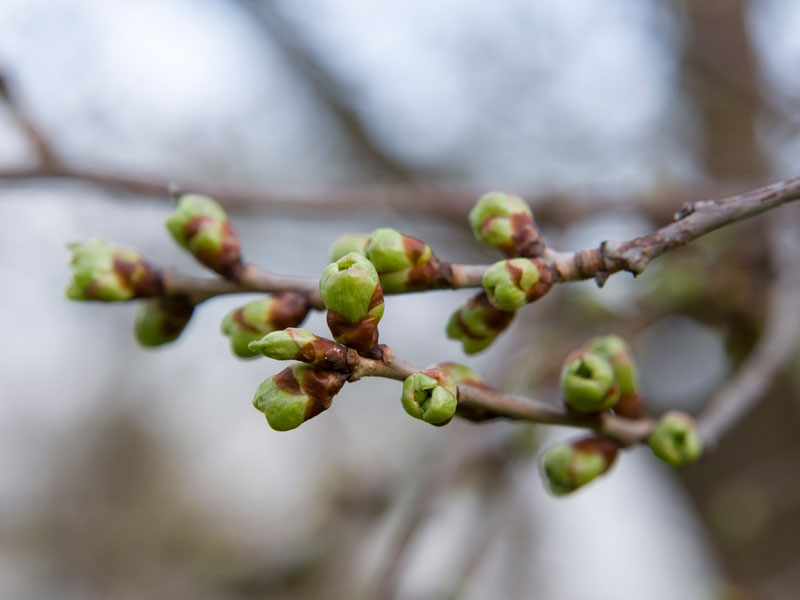 April brings warming days and signs of Spring’s fertility. We associate April with hopefulness — cold wintry days are only a memory. But what is happening in the world around us can sometimes dash our joy and hopes. When the poet T. S. Eliot, was writing in the early 1920s, the effects of the First World War were all too real, and the Great Influenza pandemic of 1918-1922, the second worst pandemic in human history, was just winding down.

In his monumental poem, “The Waste Land,” published in 1922, Eliot wrestles with the questions, Can we hope again? Can we be happy? He introduces his doubts with the lines,

April is the cruelest month, breeding
Lilacs out of the dead land, mixing
Memory and desire.

His desire was for the life and beauty that April brings; his memory was that of war and pandemic.

It has been said that history does not repeat itself, but it does rhyme – that rhyming seems real today. How deeply we hope for an end to COVID, yet, as I write, millions are still in lockdown in Asian cities. And we have already lost a million Americans to this plague.

April is a time of war today in Ukraine and — who knows — where else? On April 28, Holocaust Remembrance Day marks the uprising in the Warsaw ghetto. In the early 1940s, a quarter million Jews from the ghetto were transported to the death camp Treblinka; more than 35,000 were killed in the ghetto. Against overwhelming odds, the ghetto Jews began their armed resistance on the eve of Passover in April 1944. They attacked the Nazis and held them at bay for a month.

It was in April 1937, on the 26th, in support of the Spanish dictator, Franco, that the Nazi Air Force destroyed the Basque village of Guernica. Since it was a market day, people throughout the region joined townspeople at the market, in restaurants, and athletic events. That day was deliberately selected, so that the civilian populated would be decimated.

Pablo Picasso was moved by the bombing to create his monumental painting, “Guernica.” This work was judged by theologian Paul Tillich to be the greatest religious painting of the 20th century. “Religious,” because it brings the viewer face-to-face with the depths of evil, with terrifying effect. The artist depicts dying children with their mothers screaming in agony, a dead fighter with the wounds of Jesus on one hand, a broken sword in the other. The painting is dominated by two dying animals — the bull, symbolic of Spain, and the horse in agony. There is much more symbolism is this large work (11.5ft x25.5ft), and its overall impact in overwhelming.

Picasso’s work has come to symbolize the horrors of all war, especially the attacks on civilians, specifically women and children. In these April days, the terror of war is in Ukraine — the bombing of hospitals, refugee shelters, maternity centers. Wars always exact the Guernica toll. The Nazis bombed residential centers, like Coventry, where more than a thousand were killed — 880 lying to this day in a mass grave. In 1943, British and American bombers carried out “Operation Gomorrah” over Hamburg Germany’s residential quarters, killing more than 35,000. The infamous Allied bombing of Dresden, Germany, killed 25,000. The most Guernica-like bombings of all were our dropping atomic bombs on Japan, resulting in a quarter million deaths.

Like Eliot, we live between memory of a death-dealing past and hope for a better future. We like to say that wars are only relics of history and that the pandemic is finally over. We must hope – our lives depend upon hope. But memory is also essential. If we truly remember the Guernica’s, we may be able to eradicate them. If we repress the memories, we will repeat them.

Perhaps April is the cruelest month — mixing memory and hope.

Hopes and hopefulness are signals of God’s presence among us. The memory of the past never goes away but hope points to new possibilities — the past need not imprison us.

New book on sustainability eyes principles of ‘grounded faith’
Do Christians want to live forever? New study has the answer
Of artichokes and onions: The baptism of Aristotle
Newberg to headline 2023 Goshen Conference
April – between memory and hope