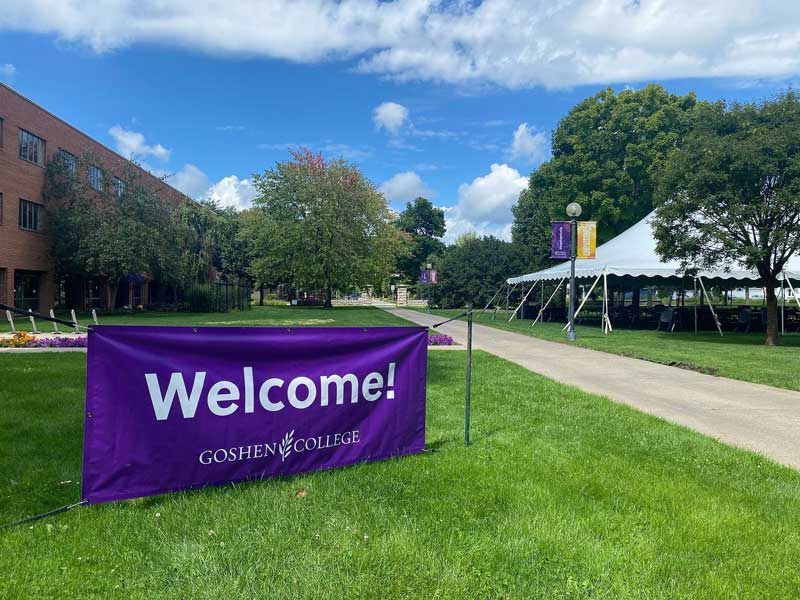 Well-known researcher on the intersection of the brain and religious and spiritual experiences Andrew Newberg will be the speaker for next year’s Goshen Conference on Religion and Science to be held at Goshen College in Goshen, IN.

Dates are tentatively set for the weekend of March 11, but the agenda is still being finalized. The theme, “The Varieties of Spiritual Experience,” has been approved and participants will explore the concept of neurotheology and will look at the work being done in neurophysiology.

Professor Andrew Newberg is the director of research at the Marcus Institute of Integrative Health at Thomas Jefferson University Hospital. He began his high-profile research in the 1990s. He took brain scans of people in prayer, meditation, rituals and trance states, in an attempt to understand the nature of religious and spiritual practices and attitudes.

Newberg specializes in neurotheology, which is the study of the neuro physiological mechanisms that can be associated with religious and spiritual experiences. His first project used functional brain imaging to study Buddhist monk meditators and Franciscan nuns in prayer. Most recently the research has been done via the Center of Spirituality and the Mind at the University of Pennsylvania.

Most recently, Newberg has updated his public findings in a newly released book. The Varieties of Spiritual Experience: 21st Century and Perspectives, published by Oxford University Press, advances Newberg’s neuroscience and cognitive psychology research in a nod to William James’ famous book of a similar name, Varieties of Religious Experience.

Registration is not yet open for the conference.

Researchers claim link between the power of prayer and theistic accountability
The Cosmology of Psalm 8: A theological approach
Los Alamos summer series kicks off
The fall in evolutionary history
Hinman named director for AAAS DoSER program