Education of the young is a partnership: teachers, parents, and the community. This certainly applies to the group effort of religion and science education, which is still in its infancy despite more than twenty years of classes being offered at U.S. institutions. 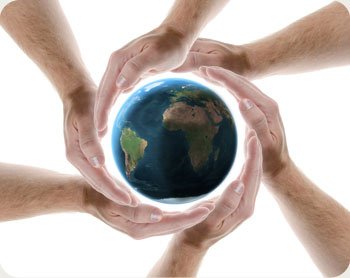 This month we take a look at religion and science centers (see this month’s Feature) such as Columbia University, Graduate Theological Union or Princeton University. The focus on bringing scholarship to the key questions of religion and science in an interdisciplinary fashion is an excellent stepping off point to broadening the dialogue between scientists, theologians and the public at large. Largely funded by private fundraising and grants from groups such as the John Templeton Foundation, these educational organizations are vast and necessary in order to enhance the public understanding of what it means to live faithfully in a technological age.

Gayle Woloschak commented at this month’s Goshen Conference (see this month’s News section) that all technology requires discernment, whether it is a novel device for a lab experiment or a widely embraced gadget for the masses. That discernment is something that requires more than reflection by professional ethicists alone, according to Woloshack.

Tackling these types of issues and holding the wider dialogue about humanity’s future will require teamwork. Some are advocating the formation of new ministries in congregations that would connect congregants with scholars in faith and science arenas. Individuals could create networks of medical professionals and scientists who would partner with pastors to assist congregants in making difficult decisions. For example, genetics experts could meet with congregants and their pastors prior to genetic screenings in order to address questions and options.

These discussions begin the classroom, however, rather than in the lab. Seminary students and budding scientists both need access to interdisciplinary coursework. In lieu of access to those courses on campus, online events such as those from Greenfaith (see this month’s Calendar) can promote further interest in the intersection of science and faith. While a webinar cannot replace face-to-face meetings that may be fruitful for students and scholars like the event at the Lutheran School of Theology at Chicago (see this month’s News), they remain good building blocks in forming more elaborate teams to create exploration and more research and scholarship opportunities for those eager to think about the future of religion and science.